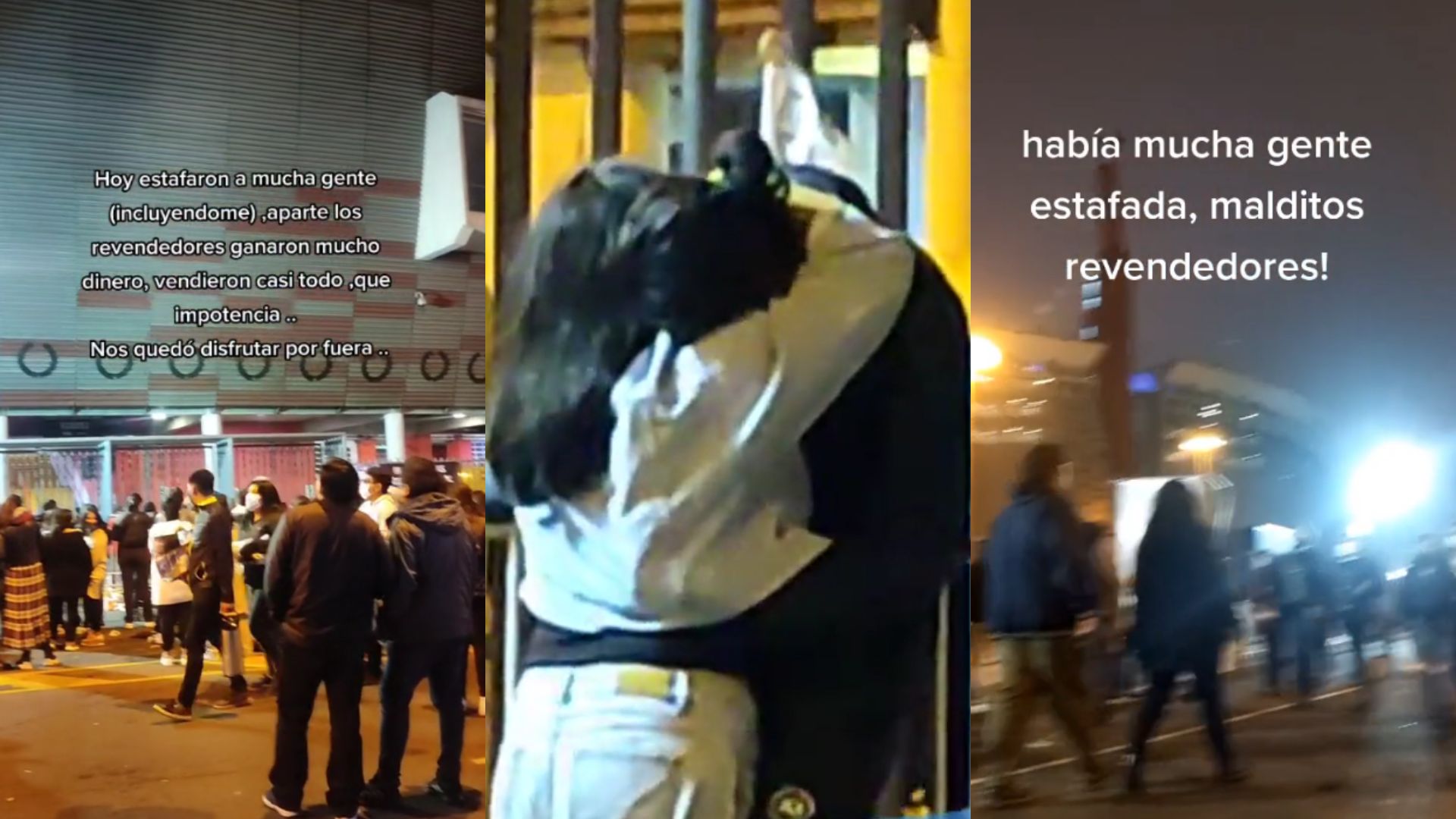 Dozens of fans came to the outskirts of the National Stadium with the illusion of buying tickets for the first date of the concert of Coldplay in Lima. Unfortunately, the resellers did their thing and, in addition to doubling the price of the tickets, they delivered fake tickets. Several users denounced this type of scam on social networks.

According to those affected in TikTok, after making the respective payment in cash, the resellers delivered supposedly valid tickets. However, once the fans arrived at the entrance area, they were surprised that the QR code had already been used.

“They sell you tickets and at the time of entering it does not allow because someone has already entered with the QR. They sell the same ticket to several. There were many who were scammed. There is no way to find out until you are about to enter, ”explained the user @ madech2, after uploading a video as a warning to her account. Stories like this were repeated on the Chinese platform.

Another Internet user claimed to have been scammed with the same dynamic; however, the only difference was that she purchased the tickets on social media. “I bought 2 tickets from a trusted person, I arrived with my partner at the entrance and they told me that the QR had already been used and we messed up“, held.

“I was with a lady and her 7-year-old son, they also scammed her. She made me so sad, we didn’t get any more tickets. The scalpers wanted double or triple per entry,” she added on her account.

In the same social network, fans of Coldplay who did not get to enter the concert lamented the cases of fraud that occurred outside the National Stadium. They said that people left the venue in tears because they had not been able to see their favorite band and because they had lost their money in vain.

“Be very careful if you go tomorrow to get tickets at the National Stadium. Today many were scammed with scalping tickets. I saw many people who left crying, they played with their illusion of seeing Coldplay”, expressed a user.

Even images of a couple crying outside the coliseum went viral. Internet users demanded teleticket that the sale of tickets is valid only with the DNI of the person who will attend the concert, in order to avoid the famous resale.

Thousands of fans were left without tickets for the concerts of Coldplay in Lima. As it turned out, it was the popular resellers who were in charge of buying a large number of tickets to get an extra profit. However, this work would not have been successful, because some areas of the National Stadium they looked a bit empty and tickets continued to be sold outside the venue.

Juan Luis Guerra in Peru: Today is the second date of the presale of tickets for his concert
Coldplay in Peru: resellers double the price of tickets a few hours after the concert
Camila Cabello arrived in Lima and sent a message to her Peruvian fans: “I love you very much”

Coldplay in Lima: they denounce that resellers defraud fans with false tickets