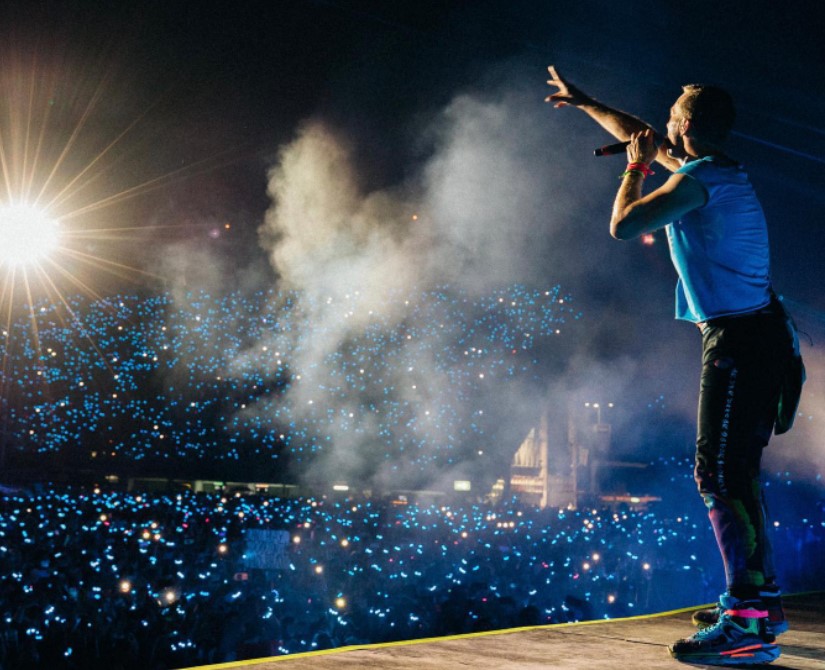 “Colours, good music and lots of joy”This is how the organizers described what happened the first time that Coldplay was presented on national territory, on April 13, 2016.

It is a fact that on September 17, 2,348 days later and after more than two years without live concerts, the British band Coldplaymade up of Chris Martin, Jon Buckland, Guy Berryman and Will Champion, will perform in Bogotá, as part of their ‘Music of Spheres World Tour’, and will have singer Camila Cabello as a guest artist.

In total, more than two million tickets have been sold for this tour that began on March 18 in Costa Rica and has passed through the Dominican Republic, Mexico, the United States, Germany, Poland, France, Belgium and the United Kingdom. With each passing show, the band has stated that throughout the tour they will announce new dates for certain countries where their reception has been more than massive.

Following the release of their most recent album in October 2021, the band has been topping charts around the world. The first single, Higuer Powerreceived a nomination for Best Pop Duo/Group Performance at the 2022 Grammy Awards. My Universethe second single from the album, in collaboration with BTS, has been on the Billboard Hot 100 for several weeks and has been streamed more than 500 million times.

The band’s current tour has been presented as one of the most sustainable in the world, as its members are committed to supporting any cause that is beneficial to caring for the environment. The tour is accompanied by a comprehensive set of sustainability initiatives that have been explained in detail on the official Coldplay website.

Recently, however, the band has been confronted by what appears to be doublespeak. Their tour aims to minimize their carbon footprint, but some companies associated with the band, which have made the world tour possible, have drawn harsh criticism from their fans. “We are not saying that we have done everything well,” said the band, which, although it receives collaboration from the oil company Neste, remains firm in its statements.

The band has issued a statement in response to all the questions that their fans and some critics of their tour have been asking.. “When we announced this tour, we said we would do our best to make it as low-carbon and sustainable as possible, but that it would be a work in progress. That is still true (…). Before naming Neste as a supplier of these biofuel products, we received their assurance that they do not use any virgin material in their production, and especially palm oil. We continue to understand that they only use renewable residual products, such as cooking oil and by-products from the manufacture of cellulose pulp”.

One of the key objectives of the band’s green plan is the reduction of CO2 emissions, seeking to register only 50% of them, compared to their immediately previous tour. The band also plans to maximize water efficiency, advise fans to avoid excessive use of airplanes, travel on commercial flights as much as possible, use local equipment for their concerts and sell sustainable merchandise. To date, the British have completed, under this slogan, 13 of the 63 shows that are part of their world tour, extended until October 29 of this year.

For the concert in Bogotá, the chosen location is the Nemesio Camacho Stadium El Campin, which is already settling in for the event. There, the fans will sing the great songs of the band. The expectation is more than intense and the return of Coldplay has been so well received that just a few days after the concert was announced, the tickets were sold out. 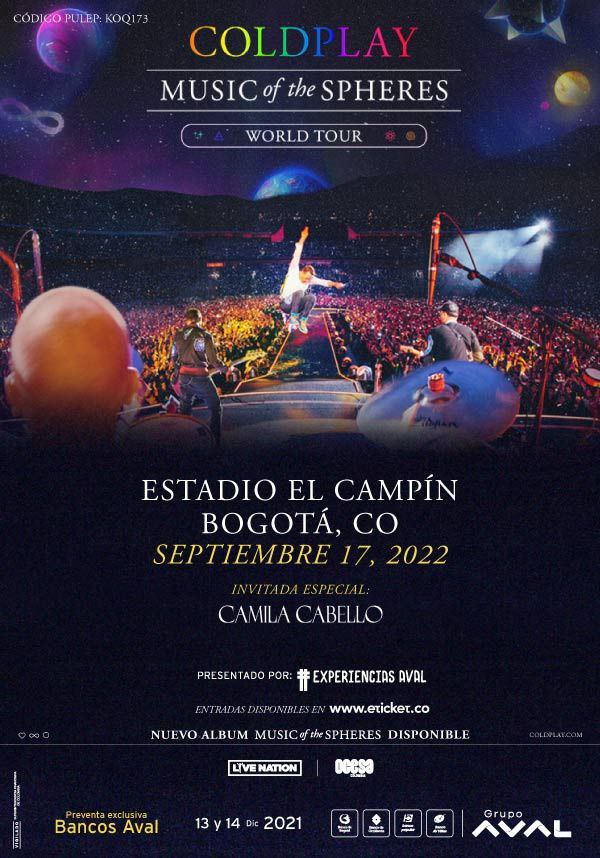 Through messages on social networks, fans have been asking Ocesa Colombia, organizers of the event, to open a second date, since the first one sold out too quickly and left no room for action for the many people who were left out.

Although the organizers and the band have not confirmed anything officially, some media already assume that there will be a second date for the Coldplay concert in Bogotá, thus responding to the prayers of the fans. Top 40 and Radioaktiva made the announcement public on their respective social networks, sending the British band’s fans’ anxiety skyrocketing once again.

Nothing is known yet about the day or the place, but it is certain that in the coming weeks the announcement will be made officially. At Radioacktiva, the official station of the concert, fans are advised to be vigilant, as the same thing can happen as with the first date. For now, it is believed that the concert could take place one or two days later and would have the Movistar Arena as its space. However, until we have actual communications, it’s all guesswork.

“We are inventing rock from our roots”: Carlos Vives talks about ‘Cumbiana II’
Bogotá wishes to settle the debt: the second date of Guns N’ Roses in El Campin is confirmed