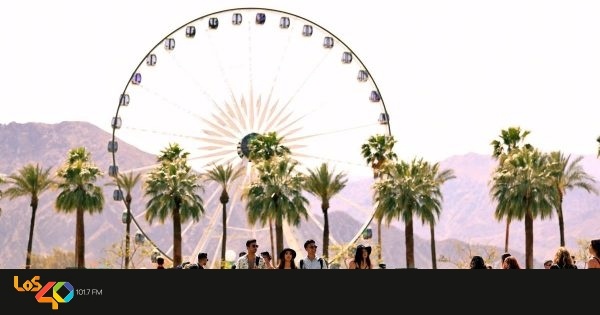 Little by little the music industry begins to set new dates to return to live shows after the pandemic. This includes the long-awaited season of music festivals, which have already begun to announce their return in different parts of the world. In this way, one of the most popular launched its next edition: Coachella.

After being canceled in 2020, it was noted that the massive event will also pass from this 2021 and will wait a little longer for its great return. The iconic festival, which normally takes place over two weekends in Indio, California, won’t return until 2022, where live concerts are expected to be safer.

Advance ticket sales will begin this Friday, June 4 through the official website from Coachella. The list of artists that will be part of the new edition of the festival is not yet known.

However, some of the artist names for the lineup are expected to be Lana Del Rey, Rage Against The Machine, Thom Yorke, Fran Ocean. But nothing is confirmed yet …

Previously, it was announced that Lollapalooza Yes, it will be done this year, and it will take place between July 29 and August 1 at Grant Park in Chicago. In addition, it will feature singers and renowned bands such as Foo Fighters, Post Malone and Miley Cyrus.

For its part, Spain will have the return of Primavera Sound to be held in 2022 in the city of Barcelona, ​​and will have a very special guest, Paloma Mami! The singer will share the stage with Dua Lipa, Bad Gyal, Lorde and other incredible musical exponents of the moment.