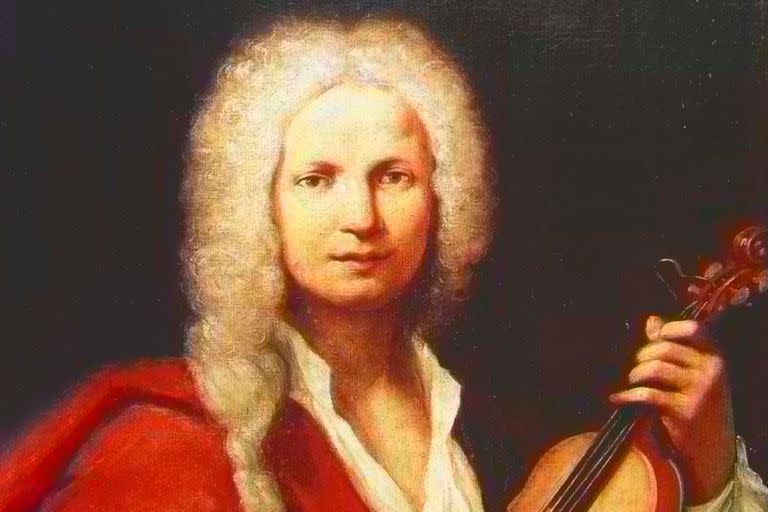 Around 1600, with its epicenter in what we now call Italy, the definitive fading of the Renaissance and the tumultuous and experimental beginning of the Baroque began to take place on the music scene. That essentially choral, balanced time in which sacred and secular music coexisted in relative calm was progressively replaced by a vigorously emotional one, which promoted radical novelties. Half a century later, around 1650, among others, and as part of a new sound world, genres and terms such as opera, arias, basso continuo, sonata, concerted madrigal, symphony, variations, recitative, cantata, oratorio, suite, canzona circulated. , partita, fugue, chaconne and passacaglia. But a musical form was missing that would have to be cardinal and that, in that context, had a late appearance. Around 1670, and not before, with very imprecise definitions, also from Italy, the concert.

At the beginning of the Baroque, there was talk of the style concertato, a term with multiple meanings but which essentially referred to the concertation of different vocal and instrumental timbres. Derived from this “concerted style”, “Sacred Concerts” appeared, works dedicated to worship in which voices and instruments interacted, such as those left by Lodovico Grossi da Viadana, Giovanni Gabrieli or Heinrich Schütz. And there were also accompanied madrigals that were occasionally called concertos, as Monteverdi did in his 7th book of madrigals. But in the last years of the 17th century, the term concerto was applied exclusively to instrumental works involving orchestras, which were then very small ensembles. The word was quite unspecific in its scope. But that ended when the adjective was added to the noun gross, whose translation, musically speaking, was neither thick, nor important, nor great. Gross, ripieno Y tutti they were all synonyms for orchestra. With the licenses of the case, concerto gross meant concerto for orchestra. What was concerted and how big was an orchestra? Let’s go by parts.

One spoke of an orchestra when two or three instrumentalists played the same part, for example, two or three first violins, two or three second violins, two violas to which a series of instruments were added to perform that type of accompaniment so special that is named continuous bass. To understand it clearly, nothing better than a visual testimony.

Voices of Music, a fine historicist ensemble based in San Francisco, performs the Concerto grosso in D major, Op. 6, No.4, by Arcangelo Corelli (1653-1713), the great violinist and composer who spent his entire musical life in Rome. This baroque orchestra is made up, from left to right, of two first violins, two second violins, a single viola, and, to perform the basso continuo, a quartet of double bass, cello, archlute and chamber organ. The essence and peculiarity of concerto grossalways in several movements, is the agreement or alternation between the gross (either tuttieither ripieno) and the concertmaster, a group of musicians from the same orchestra, usually a first violin and a second violin. In this work, after the initial introductory chords, already at 0.20, the concertmaster plays solo (violins) and is continued by the gross at 0.33. Throughout the entire work, they will contrast the gross with the concertmasterthe whole orchestra against the soloists of the same orchestra, many against few.

From testimonies of the time, it is known that the twelve Concerti grossi, op.6from Corelli, would have been composed around 1700 although they were published posthumously in 1714. In any case, it is the corpus most representative of the first period of this musical genre whose essential substance is the agreement between the gross and the concertmaster. As can be seen in the Concerto grosso, op. 6, No.4the alternation is much clearer in fast movements.

After 1700, and fundamentally from Venice, the concerto for soloist and orchestra. In this new proposal, the soloist can play alongside the orchestra, but he opposes it in his own episodes, with different musical material. Yes in the concerto gross the opposition is merely quantitative, in this new concert the “discussion” between the soloist and the orchestra is basically qualitative. This new concert, moreover, assumed a fixed model in three movements, following the fast-slow-fast order, each one of them with a format and with special characteristics. The most important composer in the establishment of the concerto for soloist and orchestra was Antonio Vivaldi, the most relevant personality within the musical panorama of northern Italy. Of his four hundred and fifty concertos for all kinds of instruments and orchestra, we will take as an example the beautiful Concerto for oboe and string orchestra in A minor, R. 461on this occasion, performed by the oboist Alfredo Bernardini and the musicians of the Bremen Baroque Orchestra.

In the Vivaldian concerto, the orchestra always opens the first movement. That musical moment, which always ends with a clear ending (0.43), will be reiterated throughout the movement, hence those tutti they are called ritornelli (R). Between each of those ritornelli, the episodes of the soloist (S) appear. The outline of this initial “Allegro non molto” is as follows:

The succession between ritornelli of the orchestra (R) and the soloist (S) episodes are given through longer sections than those that take place in the concerto gross. In addition, to consolidate the shape and tonality, the last ritornello is exactly the same as the first. The same model is also applied in the last movement (from 6.40), also fast, an “Allegro” in which, in addition, a dance pattern can be perceived. The second, “Larghetto” (since 4.10), on the other hand, is slow and singable. After an introduction, the movement is intended for the melodic and lyrical deployment of the soloist. For the rest, it is worth noting that Bernardini plays a baroque oboe, without keys, while the orchestra is made up of three first violins, to the left of the stage, in front of two violas and opposite three second violins, on stage left. right sector. The continuo, for its part, is performed by a quartet made up of a baroque guitar, a violonea cello and a harpsichord.

There were thousands of baroque concertos written between 1700 and 1750 throughout Europe. But there are four collections that stand out for their originality and significance. The first one is Dodici Concerti Grossi, op. 6, the foundational work of Corelli already mentioned. In 1711, in Amsterdam, appeared L’Estro Harmonico, op. 3, by Vivaldi, an album of twelve concertos, the most published and sold of the first half of the 18th century. The collection includes concertos for violin and orchestra, for two violins and orchestra, for three violins and orchestra, and for four violins and orchestra, all articulated according to the model described above. Its dissemination was essential for the Italian concert (actually, vivaldian) was established as the model to be followed throughout the European territory.

But if Corelli and Vivaldi laid the foundations for the Baroque concerto, the culmination of the genre was in other hands. In 1739, in London, George Frideric Handel, in London, edited his Concerti grossi, op. 6, a collection dedicated to a concert model that had fallen into disuse due to the consolidation of the concerto for soloist and orchestra. Extensive, designed for organizations larger than simple small orchestras and all based on the alternation of the gross and the concertmaster, these Handelian concerts are considered one of the pinnacles of the Baroque concert. This is the first of them, in five movements, in a very successful performance by the Accademia dell’Annunciata, an ensemble directed by its founder, Riccardo Doni.

Finally Bach. While he resided in Köthen, from 1717, Johann Sebastian, at different times, wrote six concertos which were brought together in a single collection, in 1721, to be offered as a present to the Margrave of Brandenburg. Never edited and with no testimonies to show that they had ever been performed in Bach’s time, the six brandenburg concerts they can be considered as the most glorious and exalted culmination of the baroque concert. Given this importance, in a special column, we will have to visit them to analyze them and taste them as they deserve.

Classical classical: the baroque concerto, from Corelli and Vivaldi to Handel and Bach

They capture Christian Nodal on VIDEO saying "I LOVE YOU" to Cazzu and throw him on networks
What is known so far about the US concert in which 8 people died?
Virgil Abloh, Louis Vuitton designer, dies at 41 | Fashion | S Fashion EL PAÍS