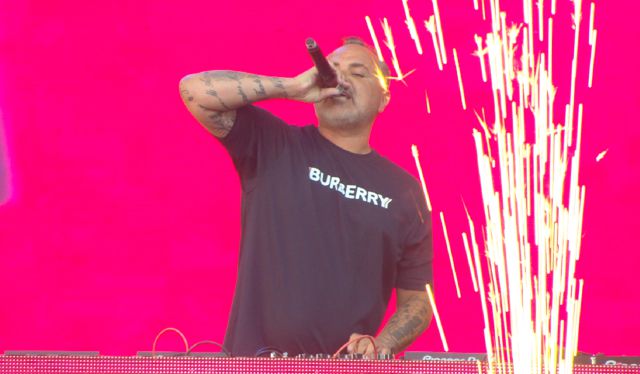 Combining art and sport is always synonymous with success, and the first edition of the festival OhMyGoal! is good proof of that. The RCDE stadium brought together more than 23,000 people eager for good music, and they got it thanks to a poster that fulfilled the expectations that it has been generating since its announcement.

The Espanyol field was filled with people just in time to see the presentation of the master of ceremonies of the night, Ramses Lopez. the announcer of LOS40 Urban He took the stage from the beginning of the event to receive some artists as long-awaited as they were chanted. The first of the night was Juan Magan.

The Catalan played at home, and had the difficult task of warming up the engines of an entire stadium to get the rest of the festival in tune. Obviously, it wasn’t even a challenge for him, because he raised everyone present thanks to hits like Dancing around either does not follow fashionsperhaps more chanted than those that artists like Raww Alexander.

Some choirs that did not come only from the attendees on the track: the stands were immediately filled with VIP personalities of all kinds, who ranged from the family of Andres Iniesta to influencers like Dulceidagoing through athletes like Alexia Putellas either Mark Bartraamong others.

María y Biza: the other Argentine victory beyond the Finalissima

It’s time to Albert Neve, the DJ of LOS40 Dance who came to replace Ana Mena -that he had to postpone several dates of his tour for an illness-. Although people really wanted to hear Ana’s cooing and her Light music around the stadium, Neve managed to put on a session worthy of tomorrowland. 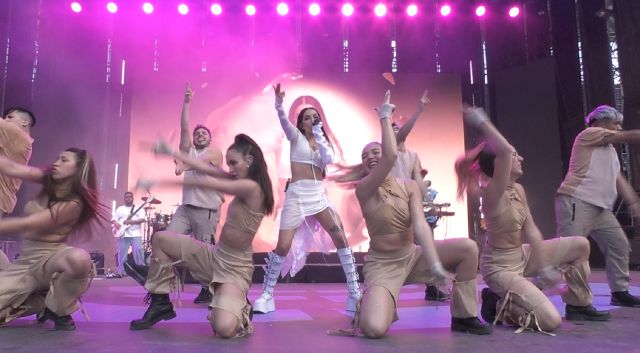 Mary Becerra he took over from him, with a dance show that almost eclipsed his songs. Although she made it clear that nothing can overshadow issues like Lie to Me either High, where he had to remain silent in much of his performance to let his fans sing quietly. They, of course, appreciated it.

The sun went down when Bizarre came out on stage, as if they knew that the second part of that party had just started. The DJ and producer started in style with his Session nº36, or what is the same, the one starring the nasty girl fantastic of Nathy Peluso. Yes indeed, This time the natural and non-plastic asses that moved were the ones on the dance floor. 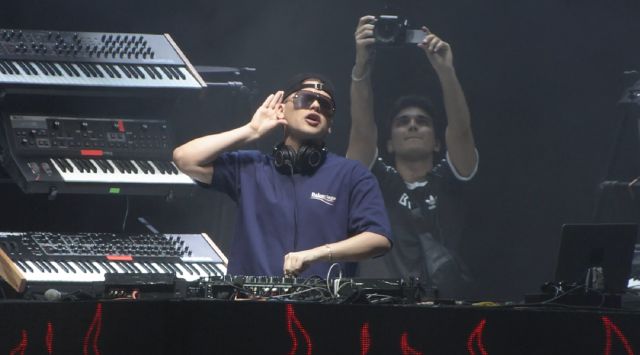 He mixed other of his sessions, including the most recent with Antillean Villain. But everything has an end, and although the public surely could have stayed there listening to him for more hours, His successor on the bill was also one of the most anticipated of the night.

Rauw and Aoki, the most sought-after signings

As if from a champion The league it was treated, Raww Alexander stepped on the stage of the OhMyGol! taking a mass bath that was heard more than his own music. Alternating singing and dancing, the Puerto Rican used his most recent discography to entertain the audience, who had a great time thanks to songs like problem either Nostalgicamong many others.

Rauw Alejandro giving it his all in the OhMyGol!. / OhMyGoal!

The well-known ones were not lacking Tattoo either Everything about youwhich despite being his best-known songs were only surpassed by That Nap ZzZz. The romantic theme is one of the most successful of his album Vice versa, although in the Catalan stadium it took on special meaning by dedicating it to Rosalia, present from the stands and surely dead of love.

As a final touch, the main dish of the night was Steve Aoki. The American DJ has played on the most select stages in the world, and now the OhMyGoal! It is part of that same list. His electronic music -to catalog it in some way, because that same session demonstrated his mastery of most genres- managed to make absolutely the entire stadium vibrate. Obviously, he did not fail in his particular promotion of closing the show by throwing cakes at the attendees. 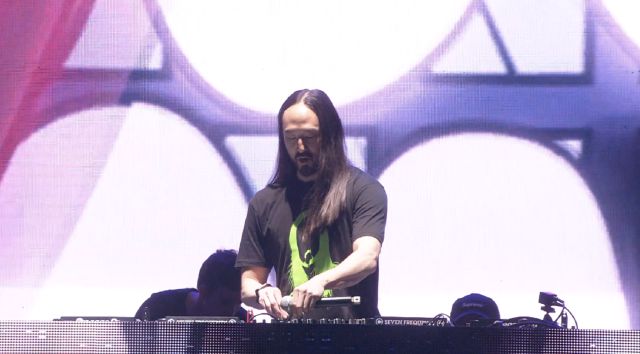 After leaving the energy of the tens of thousands of attendees in style, Aoki said goodbye to the stadium with applause for several minutes. This was how this first edition of OhMyGol! closed in style, proving that music and football can go hand in hand and celebrate life whenever possible. Ready for next year?

Chronicle: The OhMyGol! puts other festivals offside with its celebration of music and sport