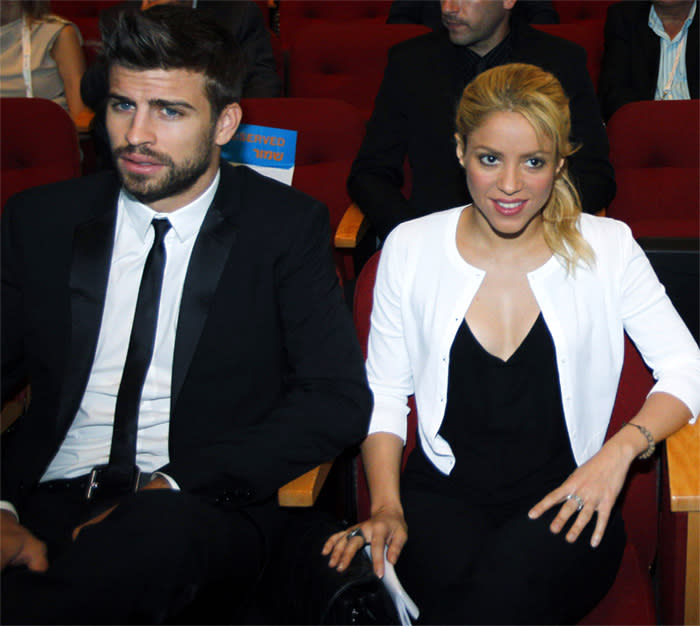 Shakira and Gerard Pique They face a new and significant stage in what has been -and continues to be- their arduous process of separation, after the tense negotiations experienced in recent times to settle the terms of something as fundamental as the upbringing and care of their children. The final agreement of the Colombian singer and the Catalan athlete for the Custody of Milan and Sasha It is a real turning point for the ex-partner, who now sees how A phase completely different.

Shakira and Piqué reach an agreement: the singer will take her children to Miami

Substantial change that could become effective after the Christmas dates, for which the international music star moves with the little ones to live in Miami (USA) after ten years residing in Barcelona. The pact, signed this Monday by their respective lawyers after a marathon dayalso establishes the freedom of the former Barça player to travel there and be with his offspring for as long as he wishes.

Shakira announces the new steps in her career

After announcing a new collaboration of high-fashion that has surprised many, Shakira has announced a new project that once again makes her one of the most acclaimed artists in the world. After having performed at the Super Bowl in 2020 and hand in hand with Jennifer Lopez, she now she too will make everyone dance at the opening ceremony of the Qatar 2022 World Cup. It will be a moment that reminds her of her participation in the South African Cup, where she began her relationship with Gerard Piqué, but at the same time it will return her to the top of the musical and interpretive universe.

– Shakira has another reason to celebrate: she will sing at the opening ceremony of Qatar 2022

On the occasion of the launch of one of his new projects, the Kings League, The former soccer player attended the appointment accompanied by his girlfriend, Clara Chía, and his parents. In the same way that they were supporting him in his farewell from the field, his loved ones wanted to go with him to the presentation of this new adventure, in which it was his first appearance together after signing the separation agreement. After a brief interview on stage, the businessman even took part in the live program and it could be seen that he was sitting with his girl to the side and their parents to the other.

This is the penultimate chapter that has been written between Shakira and Gerard Piqué since they announced their breakup on June 4, five months in which we have attended their continuous tug of war to settle a love that seemed to have been permanently extinguished. If there is something that has marked recent dates, it has been the meetings that both maintained in relation to their children, always thinking about the well-being of the little ones and with the aim of avoiding that the courts decide their fate.

It has not been easy to reach an understanding and, proof of this, were the words of relief that their legal representatives pronounced on Tuesday: Pilar Mane in the case of the artist, and Ramon Drummer as defender of the ex-player culé. Lawyers who already in the morning trusted that this would be the final meeting, according to what was clear from his statements. The goodwill shown by both parties, they claimed, to end with some alleged irreconcilable differences made it come to green light that both some and others longed for.

Events have precipitated during these days, since it was not even 48 hours since the ex-Blaugrana defender had said goodbye to the club of his loves after announcing by surprise his retirement from active football. It was on Saturday when Gerard Piqué, already in the twilight of his careerplayed his last match with Barça and there they were his children, his parents and his girlfriend Clara Chía Martí to support you. Not only will the affectionate images of the former culé defender with all of them at the Nou Camp remain, but also their heartbroken tears for saying goodbye to the club where he was trained, triumphed and became a legend.

At the end of October, the mother of the singer born in Barranquilla confirmed to the media what was by no means a minor detail. Nidia Ripoll recounted that Gerard Piqué had gone to visiting William Mebarack in the hospital, Shakira’s father, who had entered again at the Teknon-Quirón clinic for reasons that have been kept in the utmost privacy. “We are still family”, said the woman who brought the artist into the world, showing that despite everything that happened they were not going to break the personal ties that will unite them for life. This Wednesday, the Colombian artist received another very good news: her 91-year-old father was discharged.

Shakira is excited to see her parents’ kiss in the hospital: “True love”

Shakira’s success with her latest song, Monotonywhich speaks of a painful breakup

In the middle of last month, the star launched his new musical theme and quickly became quite a hit to add to his extensive and endless list of successes throughout his career. Is named Monotony and talk about a heartbreaking parting, something that the also composer is experiencing in the first person. Performed together with the Puerto Rican Ozuna and whose music video she shot in Manresa (Barcelona), the song seemed to inevitably allude to the end of her relationship with Piqué. Therefore, something very similar to what happened months ago was repeated when she released the song Congratulations along with Rauw Alejandro, whose lyrics dealt with a disappointment in love.

Shakira and Gerard Piqué’s paths go in different directions after twelve years together, but they still have an eternal bond: their children Milan (9 years old) and Sasha (7 years old). Precisely because of his firstborn coincided in public four months after announcing their separation. On the afternoon of October 6, the boy was playing a match in Valencia as part of the Spanish U-11 Baseball Championship and in the stands he had the support from their proud parents. Sitting at different points in the stadium, both the singer and the footballer wanted to accompany him, although they didn’t say a word during the meeting.

In mid-September, the artist broke his silence about their separation and assured that this “It’s probably the darkest stage of my life”, confessed. She pointed out that it is an “incredibly difficult” separation for her children and during these months she has tried to keep them out. “I try to do it and protect them, because it’s my number one mission in life. But then they hear things at school or find unpleasant news and it affects them”, he acknowledged. Looking back, he remembered that “I put my career in the background and I came to Spain so that I could play football and win titles. It was an act of love“, he narrated when talking about his ex, Gerard Piqué, in she.

The first images of Piqué and his new girlfriend are released

After weeks of speculation, at the end of the summer it was confirmed that Piqué’s heart was busy again and he was not going to hide his love. Her new illusion, Clara Chía Martí, is 23 years old, is a Public Relations student and works at the ex-soccer player’s Kosmos company. The irrefutable proof that the athlete had rebuilt his sentimental life was seeing them together in a romantic attitude during the concert given by Dani Martín at the Summerfest Cerdanya, as well as the exclusive photographs published by ¡HOLA! with both as guests at the wedding of a friend of the former defender culé.

Shakira’s forceful message to Gerard Piqué? about the main cause of their breakup

Shakira’s problems with the law worsen

The fact is that this 2022 has become a kind of Annus horribilis for Shakira and Piqué, not only because of the breakup that both have starred in. Another of the headaches for Shakira is her problems with the law, which have worsened this year in a remarkable way. Thus, the Prosecutor’s Office accuses her of a alleged fraud to the Treasury of 14.5 million euros. The artist, convinced of her innocencerefused to reach an agreement and agreed to go to trial On September 27, the Investigating Judge 2 of Esplugues de Llobregat (Barcelona) ruled that the case in which 8 years in prison are requested for the singer.

At the end of June, Shakira escaped with her children to Cantabria, the destination of her last Summer Vacation with Pique. The singer’s next stop with her children was Mexico, at the same time that Piqué was doing the preseason with his team on tour in North America. Shakira was far from willing to lock herself up during the summer season and, at the beginning of August, she traveled to California with Milan and Sasha. There, the singer confessed to being nice to meet you and gave clues that his move to the US was getting closer every day.

Shakira will go to trial for the alleged fraud of 14.5 million to the Treasury

Piqué returned to the old attic, while Shakira was still in the family home with the children

After ending their love story, the life that Shakira and Piqué had shared together for more than a decade would change them completely. The FC Barcelona player went back to live his old house, an attic on Muntaner street in the Sarrià-Sant Gervasi district of Barcelona. She no longer resided in the family home located in the town of Esplugues de Llobregat, where Shakira did remain with Milan and Sasha. As of January 2023, that dwelling will no longer have as tenants to the artist and her children, who will put heading to the United States to start a new stage.

Shakira, more creative than ever, takes refuge in music

Lima Music Fest: this is how the 6 hours of shows were lived with Manuel Turizo, Danny Ocean, Sin Ba...
Oswaldo 'Walo' Silvas, singer of Banda MS, undergoes bariatric surgery
Busker who was thrown eggs gets a scholarship to study at university