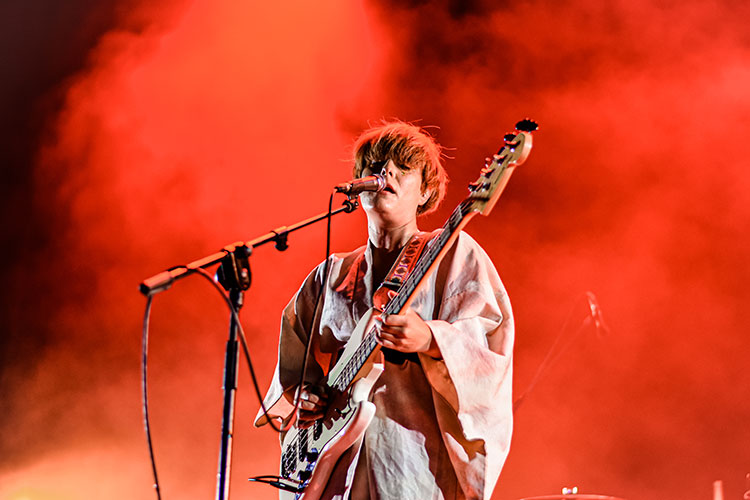 On saturday Extra Tomavistas he premiered his second day in his beloved Tierno Galván. An afternoon in which the sun did not shine, but in which the performances of The Parrots and of Bizarre Love Triangle.

What can you expect from an afternoon that begins with the theme of Jurassic Park? Bestiality and sharp teeth. In this case it was not teeth, but guitars, but it is a fairly accurate description of what the concert of The Parrots. The duo formed by Diego and Álex was expanded with the accompaniment of Fran de The Nastys on guitar and Ade de las Hinds to keyboards. They opened strong with “Girl”, they warned us that they were going to continue “to the top” and they kept their word, first with a new preview of the imminent album, which was pure energy, and then with “Let’s do it again”, one of the most Black lips and that best define Parrots.

They presented us with several songs from the new album, but “Damned” It had to stand out as it was the only advance they released on the platforms and because it is clear that it has marked a turning point in their career. Not out C. Tangana cameo surprise, but it sounded with the same force and impudence. They gave us several new songs and we can assure that their decision to take the turn of singing in Spanish has not made them lose that essence so dirty rock that characterizes them. We confirm that, in Spanish, Parrots are still VERY Parrots. 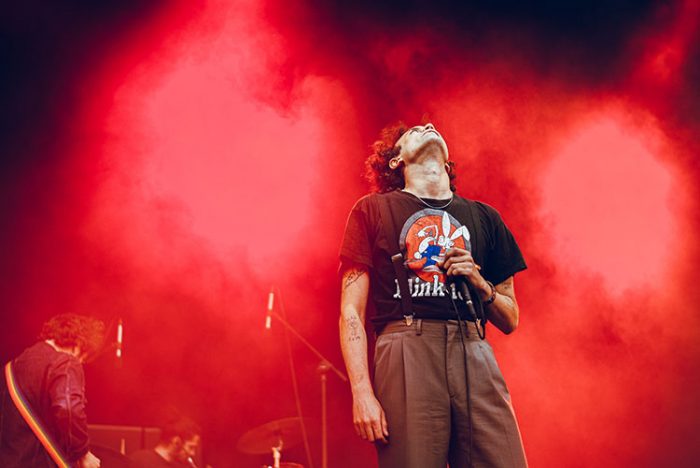 For the last three they surprised us with a touch of elegance and a bit of blues, adding a sax that perfectly integrated with the electrifying dynamics of the group. An ending with “I am worse” Y “I don’t like you, I love you” it’s all we needed to fire off the last rays of an afternoon of wild guitar playing.

Bizarre Love Triangle They showed up slowly landing the spellbinding atmosphere of their album “Oɹɹɐzıqɹoɯɐǝpolnƃuɐıɹʇ” with “It’s not you” to continue with a “transition” to his most acclaimed songs prior to this album, such as “Española”, “Baila Sumeria” or “Santiago”, which reminded us of freer times. They continued with a distortion and screaming critique of the present ultra-processed by technology with “Breaking off” Y “Fukushima”. The heartbreaking “ASMR for you” it was an oasis of excitement to return to decibel rage with “Song of Fame”, who was in charge of preparing the ground for the explosion of what was, without a doubt, one of the most memorable moments of the show. “Watchers of the Mirror” made this not one more night, but one that we would remember for all the problems we had containing everything that we had been holding on since we sat in the chairs, and that is that those chords only give rise to a pogo that, although for Obvious reasons could not be physical, it was emotional.

The force of “Burned boat” Y “From the monarchy to the cryptocracy” it didn’t help to cool down. The penultimate song did manage to put out a fire, but it still warmed – and healed – our hearts at a time when we all wished we could have enjoyed the show as it really deserved. The Galicians did not leave without the decibels of “Crime: how it happens and how to remedy it” they will burst the park and leave us with adrenaline going through the roof.

Although we continue to complain and we do not finish getting used to the not so new concert safety regulations, and as obvious as these words may seem at this point, the recognition of the effort of the organization of the concert had to appear in this chronicle. Tomavistas, a very high percentage of the applause that occurs every afternoon at Tierno Galván is for them.