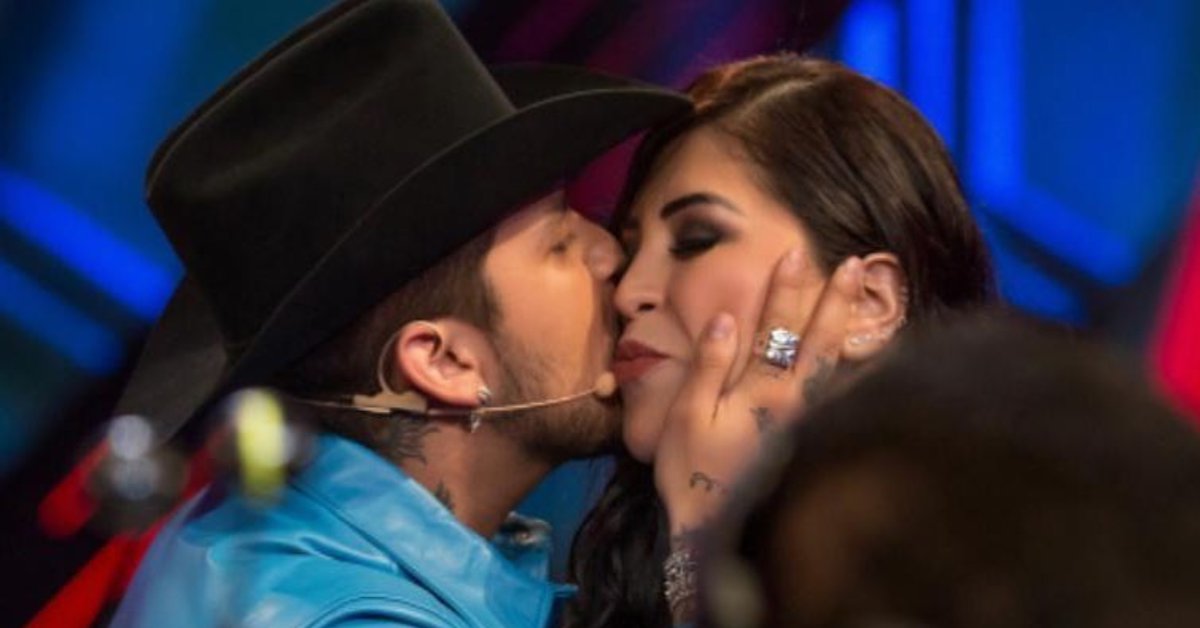 The changes that Christian Nodal has had in their appearance have not been liked by everyone, so the negative comments they came to their mother, Cristy, who has decided to answer people who are not happy with the new look of his son.

In the last year Christian Nodal has surprised by the way in which his image has changed with his way of dressing and the tattoos what it looks like. On several occasions he has reacted to the comments of people who criticize him on social networks, but this time it was Cristy Nodal, her mother, the one who responded to these messages because they were sent directly to her.

Through Instagram, the singer’s mother shared a message that was sent to her on the same social network, where an Internet user questions her about the reasons why she has not talked to Christian about the tattoos she has and also blame belinda for the decisions that the sonorense has made lately.

For a few weeks, Christian has been seen with the new tattoos he has on his face (Photo: Instagram / @ nodal)

“What happens to your child?, with a tattoo on your face, talk to him, that is not right, I mean that because he is an artist that doesn’t look good on his body, as he looks less is fine, but already on his face. Since he’s with Belinda, he’s another and it’s not for the betterWhat a pity! Talk to him, everything that goes up comes down, you are not always at the top ”, reads part of the message they sent to the influence.

She decided to reply by thanking him for his interest in the welfare of the interpreter of Bottle after bottle, but without neglecting that, more than advice, it is a criticism from a follower.

Cristy expressed that for her some of the changes her son has had they are not to your liking, but she, as a mother, feels the responsibility not to criticize him, but rather to support him in what he wants to do with his body and the decisions he makes for himself.

Cristy responded to the fan with a long message (Photo: screenshot / Instagram)

“Of course your change hurts, but as a mother it would hurt me more to turn my back for being who he is, without disrespecting you and I appreciate the advice, but nobody tells you who you are or who you are not (…) Respect if you do not like the art that we consider to be tattoos, which come from our ancestors. Live and let live! ”, He added.

As for what was said about BelindaShe also defended her daughter-in-law and only said good things about the woman born in Spain, showing that she thinks she is a good person for her family, especially for her son.

“She is gorgeous! Of heart and soul! And it only supports it, if you are traditional, a Mexican woman you will understand. And if not, go ahead with your next people to follow. Our family does not change, with or without, they are our truest loves and the best thing is that we respect and love each other as we are, nothing is anyone’s fault, we are intelligent and with bizarre tastes “, defended the interpreter of Light without gravity.

Cristy Nodal has defended Belinda on several occasions from negative comments made by her son’s fans (Photo: Instagram / @ cristy_nodal)

Finally, Cristy asked the follower who sent him the message to question if she is happy and the way she thinks makes her feel better.

A few weeks ago, the same singer He dedicated himself to answering comments who also blamed Buy of being the culprit that her fiancé has decided to get different tattoos, including on his face. He replied that there was no point in criticizing someone who had come into his life only to support him.

What is known about the absence of Christian Nodal in the “Radio Awards”
Christian Nodal faced the scandal and denied the veto: “They are doing it the wrong way”
The veto that has Christian Nodal’s career in suspense: what does it consist of