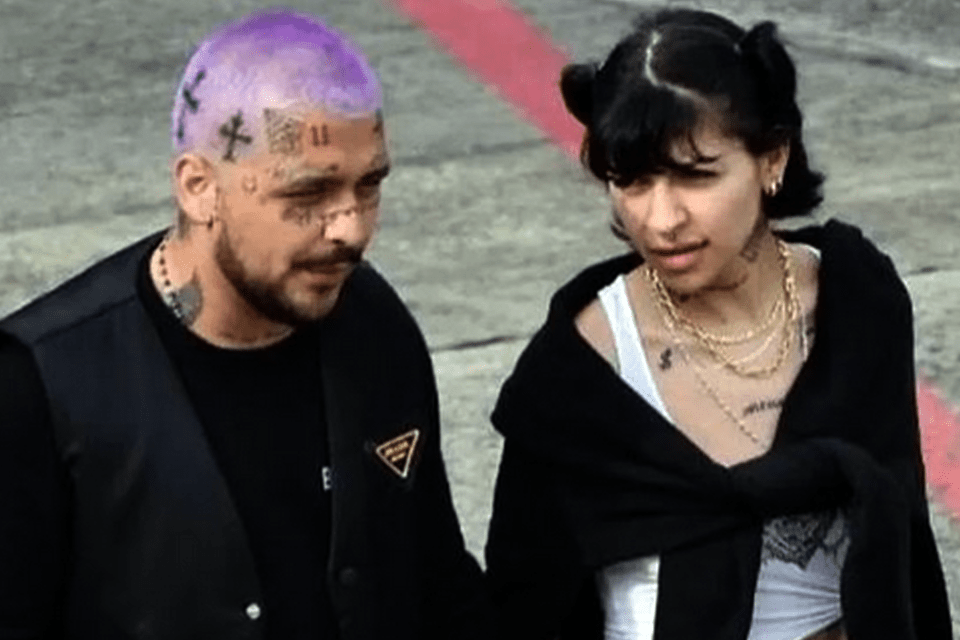 The love life of Christian Nodal continues to give something to talk about, since everything indicates that the Mexican regional singer does have a romantic relationship with Cazzu, despite the fact that a few days ago the Argentine rapper denied this possibility.

Through social networks, the images were filtered where you can see the artists hand in hand, and then give a couple of kisses before Nodal’s concert in Cruz de la Sierra, Bolivia.

It should be noted that the visit of Christian and Cazzu caused great furor in that region, since from the Cochabamba airport they were caught holding hands and surprised by a large number of fans who gathered to receive them.

However, what caused the reaction of locals and strangers was when the musicians kissed on the lips, a scene that could confirm that between the two there is more than a collaboration or friendship.

As expected, the divided reactions of the followers were not lacking, because while some say that they make a beautiful couple, for others Nodal showed that he does not know how to be alone, contrary to his ex Belinda, who is focused on her career.

At the moment the interpreters have not confirmed their relationship, even various Internet users consider that they try to keep their courtship private or are just friends with rights.

In recent days, Cazzu gave an interview on EXA, where he stated that he was not thinking about a relationship, in addition to telling details of his meeting with the Mexican.

“I just went to see the show and suddenly we sang together and we really sang my favorite song (‘Si te tú tú puede lack’) and I really like his music,” he said about it.

ON VIDEO: Mon Laferte: knows the almost unknown talent of the singer

Christian Nodal and Cazzu were caught kissing in Bolivia

France fills with concerts for Music Day
The return of Tibu, the manager who has spent four years in jail for El Canto del Loco
Judas Priest offers its first concert of the year in Europe with a very different outfit than usual:...