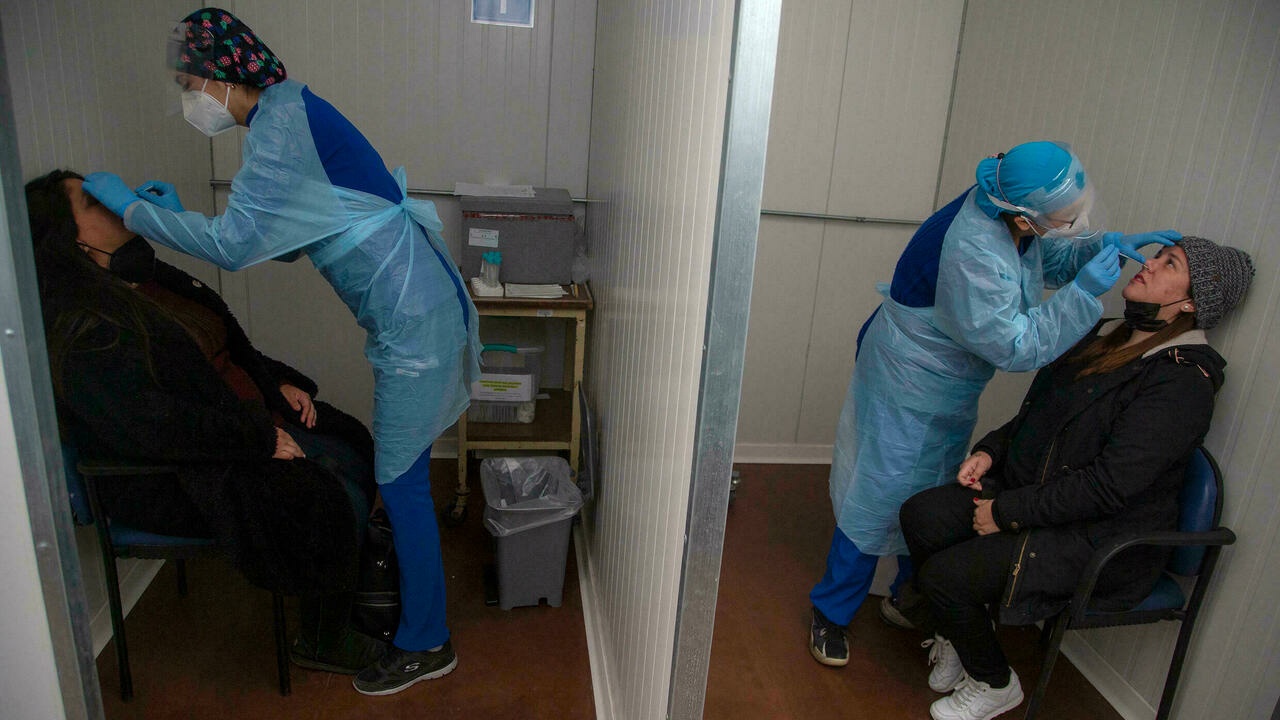 Negative PCR and mask as entrance: after 17 months without live concerts due to the pandemic in Chile, 200 volunteers attended the presentation of a rock band with full capacity on Thursday to test the risks of massive coronavirus infections.

The first trial of this type in Latin America was called “La Música Ensaya”, a study by the Chilean Society of Musical Authors and Interpreters (SCD) and the Clinical Hospital of the University of Chile, which seeks scientific conclusions to return to concerts and other cultural activities in times of covid.

With paraphernalia from their favorite group and eager to return to dancing and humming hits among strangers, those attending this experiment in Santiago enjoyed an hour to the rhythm of funk rock by Chancho en Piedra, a popular Chilean band that turned its followers into volunteers in a clinical trial that began at 8 am, in the dead of winter, with a PCR in the hospital.

All those who tested negative had their pass to the night touch in a room also with sanitary protocols, and as the new era dictates, with masks and alcohol gel at hand.

“I think we all want to go back to events, to music, but with the necessary protection, and today we are all a little scared, but since all of us here have negative PCR, it is something super important and beautiful. It’s wonderful to feel the music again, “Nicole, a 31-year-old woman who took a hiatus from her work in human resources, told AFP.

The first requirement for this concert was to have a complete vaccination scheme, which in Chile already covers more than 69% of the total population of 19 million inhabitants and which, like Uruguay, began in August to put a third dose.

As they did in Barcelona and other parts of the world, this type of clinical trials wants to “contribute with scientific information (…) so that there are protocols that give greater stability to the sector and greater capacities so that Chilean music returns with force to the scenarios “, explained to AFP Rodrigo Osorio, president of the Copyright Society (SCD) and vocalist of the Sinergia group.

– Music as an antidote –

Chile is going through its best moment in relation to the control of the pandemic. However, since March 2020 it has been one of the countries with the longest restrictions in terms of class suspension, quarantines by communes and regions, closed borders and very low capacity. Today the night curfew is also maintained.

“We want this to set a precedent so that throughout the region music can return continuously, stable and that musicians and the entire sector can return to work,” said Osorio.

The trial includes a PCR eight days later to all those attending the room, said the immunologist of the Clinical Hospital of the University of Chile, Alejandro Afani, hoping that it could serve a whole cultural sector eager to recover their stages with seats as soon as possible. full.

“In this project we see how science is made available to culture, to support its necessary and safe return,” commented the rector of the University of Chile, Ennio Vivaldi. “We have no doubt that music is a vital element for the well-being of people and we want to contribute so that this is not only a phrase but a reality,” he added.