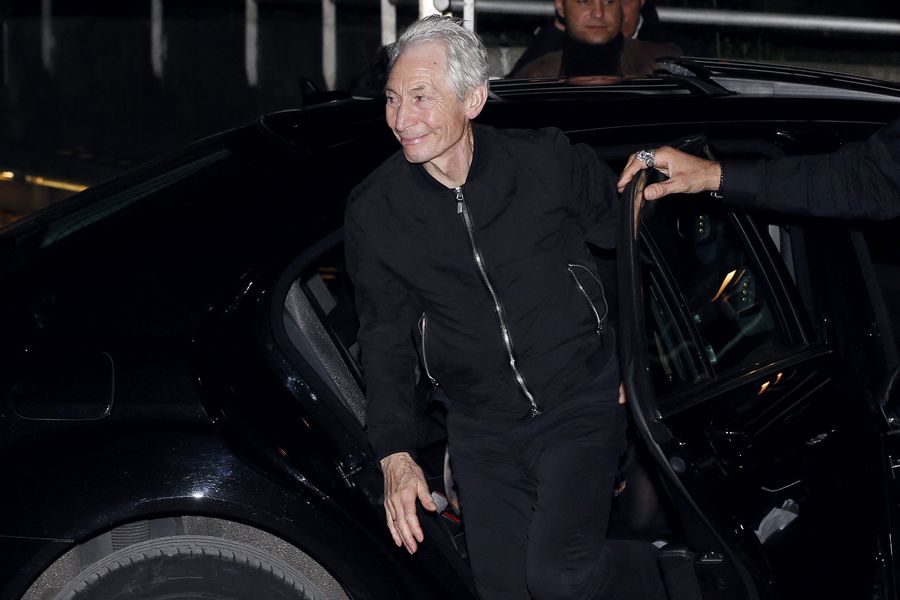 There is no record in his style of flourishes and complications as his friends and comrades in arms Keith Moon and Ginger Baker were addicted. The latter used to poke fun at his band, The Rolling Stones, one of the best of all time, for putting an inexperienced Mick Jagger in check at a gig with a simple change of pace. Charlie Watts probably listened to the anecdote with a sneer.

The late drummer icon didn’t need to complicate triplets, add a second kick drum, or turn the beat into an equation for the seasoned only, to go down in popular music history with a genuine stamp. Paul McCartney declared by his death on Instagram “a fantastic drummer, firm as a rock”. Totally true, but it fell short.

Charlie pioneered the stinky rocker cool attitude, the jaded and sleepy expression of what it meant to be a star, and at the same time personifying the glamor of belonging to that nascent 1960s elite, who to this day have heirs in the music industry. shows. From the first photos of the Stones with the classic lineup led by Brain Jones, Charlie Watts is not the one with the laughs, but rather seemed distant, looking the other way -classic wink of the rock aesthetic-, as inattentive, and at the same time wearing perfect in the rebellious picture of that London gang, who faced the uniform and the adolescent candor of The Beatles. If Liverpool wanted to hold your hand, the Stones invited them to spend the night.

Charlie never composed, never sang like Ringo did, did not venture into solos or sonic explorations, except for some electronic drum hits on the energetic eighties Undercover of the night. In return, he framed the music of Mick Jagger and Keith Richards with a solid pulse of light swing with traditional jazz technique, precise to accentuate the erotic and narcotic contours of the Stones, the swagger of pieces like Stray cat blues by Beggars banquet (1968) and Tumble says of Exile on main st. (1972). His sets were sober and effective, like the rolls applied in the Baroque Dandelion and Ruby Tuesday. He knew how to adapt without problems to the novelties, the disco outbursts of hits like Miss you from Some girls (1978) and Emotional rescue (1980) from the homonymous album, and the rock fury typical of the 90s printed in Voodoo lounge (1994), where his Drums are pure style with punchy texture.

Charlie added another Stones trademark plus. The monumental settings of the eternal planetary tours, an area where the British wrote the manual of stadium rock, are part of his creativity in a shared work with Mick Jagger.

He made class and style a custom within a chaotic band like The Rolling Stones in the 60s and 70s, as he knew how to mediate conflicts between the leaders. It also had its limits. Dressed impeccably, he famously punched Mick Jagger for calling him “my drummer” on a night out in Amsterdam.

Live, his fragile appearance was deceptive, deploying a hard and energetic punch in an eternal and simple Gretsch brand set with battered cymbals, except for a Chinese model that he used curiously inverted, incorporated in the 80s.

Despite its technical limitations, it developed a rubric in the rhythm that has been analyzed in drum channels available on YouTube, such as missing a hit in the hi hat. While 99% of the drummers on Earth attack and play on that fundamental piece of the instrument, which gives the music brightness and pulse, Charlie suppressed a pass, achieving a unique style.

His quiet character and away from stridency – he was always married to the same woman, a single daughter – had a period of breakdown in the mid-80s when he became addicted to heroin, when the period of hard drugs within the band had passed. Unable to play, Keith Richards, who knows something about rehab, sent him to a clinic. He was replaced by Steve Jordan in the recording of Dirty work (1986), the same musician nominated instead for the next tour, when it became known of his ill health.

Jazz lover who never stopped playing -the genre of his beginnings-, he developed dandy tastes including Arabian horses, collections of cars that he preferred not to drive but to enjoy their comfortable seats, and custom luxury footwear.

The details made Charlie Watts an inimitable musician and a difficult link to replace in The Rolling Stones. It is also true that this band has a habit of continuing to roll, despite the deaths and desertions.