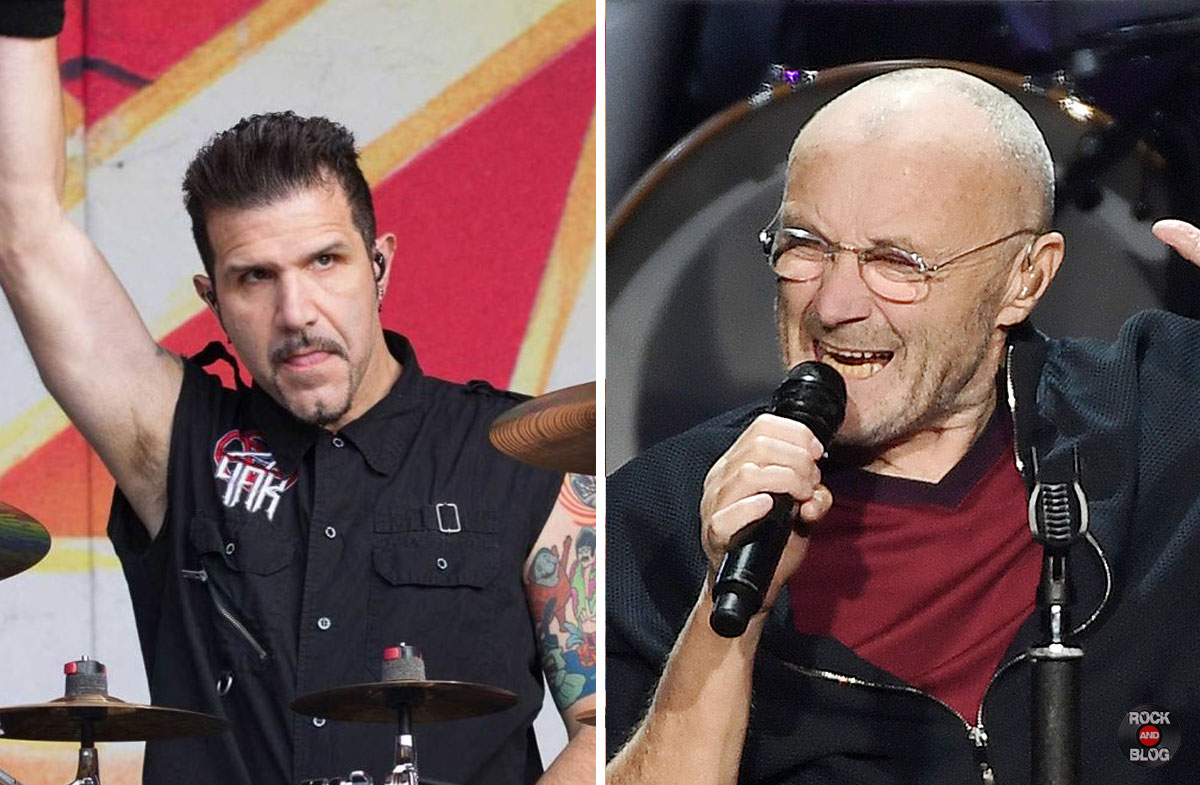 Charlie Benante recounts how he cried while watching GENESIS perform on the band’s current tour, “The Last Domino?” seeing the Phil Collins situation

The bittersweet sensation of seeing your heroes or heroines from the past when they suffer an illness is a torrent of sensations as explained by Anthrax drummer Charlie Benante himself after seeing one of the last Genesis concerts live.

We are getting older and the musicians we grew up with are leaving, or what is worse sometimes, they are deteriorating. I have also had good stomachs to cry at a concert in recent years, but if there is one thing that is true, it is that music is made to feel and to make you feel, and it does not always have to be happiness.

Well, this is what happened to the drummer of ANTHRAX he went to see GENESIS play on Tuesday, November 16 at the United Center in Chicago, his adopted hometown. The night before, the band had kicked off their first US tour since 2007 at the same venue, and their leader, Phil Collins, 70, performed seated on stage, as a result of debilitating nerve damage affecting his hands. and to his back. He is backed by his 20-year-old son Nicholas, who replaces his father on drums, along with keyboardist Tony Banks and bassist / guitarist Mike Rutherford, both 71, and long-time touring guitarist Daryl. Stuermer. On Wednesday November 17th Benante shared a video of the GENESIS concert, including the following message: “I went to see @genesis_band last night and I had no idea it was going to be such an emotional experience for me.

«#Philcollins is and always will be an incredible drummer / artist. I think he has created some of the best grooves, fills, etc. When I saw him leave last night… I started crying. I am writing this now feeling that way too. Time had taken its toll and I realized that time really does fly. The band sprang into action and Bam! The water dried up and I was happy again. something took hold of me and I was thrilled.

«I used to play GENESIS songs in a cover band when I was young, I knew many of the parts like the back of my hand. I guess seeing Phil sitting down and not being Phil was hard for me. As the show progressed Phil got better and I cried some more when they made #carpetcrawlers. The band was exceptional #tonybanks #mikerutherford #darylstuermer and the son of Phils @nic_collins #niccollins killed him on drums (like stick like chip). Go see them if you have a chance. #inspiring #philcollinsrules ».