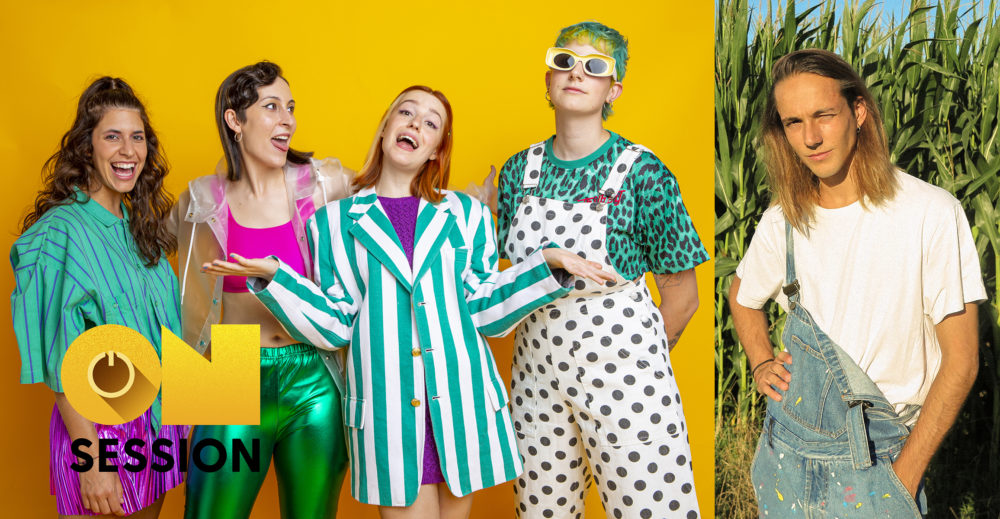 The tickets for the “On Session” on Saturday 9th October have already gone on sale, a unique event that marks one year of this cycle of activities designed by the Botín Center and aimed at young people between 16 and 25 years old.

Intensify its relationship with young people between 16 and 25 years old and establish a common space with the ideal conditions for them to develop their creativity through the arts, were the objectives set by the Botín Center a year ago, when it launched its strategy for young audiences through “On Sessions”.

12 months later, there are already about 300 Young Friends that it has, and to celebrate it, it has organized a very special “On Session”. Scheduled for Saturday, October 9, the event has been designed taking into account the requests of the Young Friends of the Botín Center who participated in “Manager for a day”, an online consultation developed to listen and learn about their musical interests first-hand .

The “On Session” on Saturday October 9 will feature concerts by Ginebras and Jaguayano. The music will begin to play at 7:00 p.m. in the amphitheater of the Botín Center, by the hand of the young Cantabrian composer and musician Pablo Gómez, who will exclusively present the songs of what will be his next album, which he launches under the artistic alias Jaguayano. It will be a fun trip in quintet format through beach pop, rumba, rock or reggae with elements of traditional music from Latin America and Africa. It will be followed by Ginebras, the indie pop band that is sweeping all over Spain. Composed of four girls wanting to eat the stage, Magüi, Sandra, Raquel and Juls will make it very difficult not to jump and dance.

The musical performances will be accompanied by an exclusive Meet & Greet with the artists. Scheduled at 6:00 p.m. in the auditorium, the Young Friends of the Botín Center who have their ticket for the concert will be able to participate in the raffle of 10 passes for this very special meeting.

All those people between 16 and 25 years old who already have their Amigo Joven Card will be able to get their entry for free in the usual channels. Thinking of those who still do not have it, the Botín Center offers a unique promotion: with the acquisition of their ticket they will be given a Friend Card valid for one year, an accreditation with which they will be able to enjoy free of charge all the “On Session” of the year.

Young lovers of photography and creative trends are also in luck, since this “On Session” will also feature a young, exclusive and small group opening of the new exhibition “Thomas Demand: World of Paper”, which will be opened its doors to the public that same day. It will be a very special visit, with which they will enter an original scenography created expressly for the Botín Center, made up of eight hanging pavilions covered with wallpaper that house a selection of photographs and videos by the German artist. Scheduled for 6:00 pm in Hall 2 of exhibitions, like the rest of the “On Session” developed, this activity is free for Young Friends after withdrawal of entry.

ONE YEAR OF ON SESSIONS

One year after the launch of the “On Sessions”, the Botín Center makes a very positive assessment of its development. According to its executive director, Fátima Sanchez, “there have been 12 months learning and working with young people, listening to the opinion of both those who already came to the Botín Center and those who did not know us, through different actions with groups and associations . In this way, we have been able to better understand their needs and tastes, their way of communicating and relating, to offer a richer, more diverse and timely program.

In this sense, the Centro Botín team has met with different groups to understand their needs and learn a little more about what kind of activities they demand. He has also carried out the online consultation “Manager for a day” among young people, thus being able to know first-hand their musical tastes and interests.

During the last year, activities such as the concerts of “Drei and Pol Granch”, the workshops “Ceramics for life” and “More creative!”, The session in which other young people exhibited creative projects in collaboration with “Pechakucha Santander”, the original “Dance floor” or the inauguration for young people of “Picasso Ibero”.