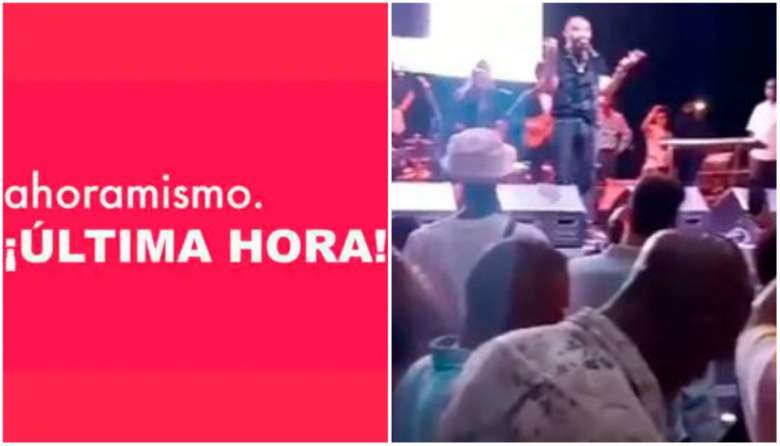 Censorship in Cuba of the singer Emilio Frías.

Before leaving with his tour to Mexico, Emilio Frías had planned this Sunday to close his last concert in Havana, Cuba, with his new song “Cambio”. However, the Cuban artist fwas the victim of a worrying -and repeated- case of censorship, because from one moment to another they cut off the microphone so that he cannot continue with his show.

Frías, director and leading voice of the “El Niño y la Verdad” orchestra, regretted having been “censored” at the Casa de la Música de Galiano, located in the heart of the populous Centro Habana, according to videos and statements by the artist that They circulate through social networks.

According to a video posted on Facebook by the independent journalist Manuel de la Cruz, security personnel at the site violently expelled one of the audio technicians who refused to turn off the equipment.

The singer spoke to the public about the censorship of his controversial song “Cambio”, whose launch is scheduled for Friday, September 16, according to the Cuban media Radio and Television Marti.

“Maybe I can be wrong, but my mistake is mine. I am not saying that, as I think, many people think. I haven’t said anything, they’ve put everything together here… And if they’re going to do that, really, I tell them, if they’re going to get like that, don’t invite me anymore. Don’t call me anymore, and get me out of everywhere. Get me off television, get me off the radio… The only thing they won’t be able to get me out of is the hearts of all Cubans. Wherever I am, I will be in the hearts and minds of all Cubans. I just have to tell you: May Yemaya’s blessing always reach everyone! ”Said the singer by way of disclaimer.

“The presentation closes in advance, and the performer is not allowed to finish with his classic song “Agua pa’ Yemayá”. Some of the participants begin to utter insults against local officials, and then even against the government itself, ”de la Cruz wrote in his post.

Frías promptly addressed the security person who was trying to pressure the technicians to turn off the sound amplification and told him: “If you’re going to do that, I’m leaving, but let people see you turning it off. Can’t I say goodbye to people?

According to Infobae.com reports, the technician was expelled from the stage despite the protest of Frías and the attendees. The concert culminated shortly after with the eviction of the rest of the spectators.

In the chorus of “Cambio”, his latest song, Frías emphasizes an urgency expressed publicly by thousands of Cubans, who a year ago staged the most notorious popular uprising in the last six decades against the current government: “Change, my life needs a change now”.

On the other hand, other verses of his last song say:

Today I asked my pillow, what’s going on?
I feel that in my life something is not working
To move forward I have to make some changes
I have to learn from my mistakes
To reap, keep sowing
On the way to the happiness that I’m looking for

As reported MillenniumFrías was one of the renowned Cuban musicians who publicly criticized the actions of the police during the anti-government demonstrations on July 11 and 12, 2021, which had Centro Habana among the places of greatest confrontation.

Until Monday afternoon, neither the Ministry of Culture nor the official Institute of Music had ruled on this fact.

Last Friday Frías had announced on your Facebook account that the concert at Galeano’s Casa de la Música was “a great farewell”, before leaving for Mexico.

In the video, he also referred to the release of “Cambio”: “It is a song with which, I am sure, many brothers, many compatriots, many Cubans will identify, whether they are on the island or not, because the word change is today Very necessary”.

“One day everything will be different, one day my pupils, still young but exhausted from so much suffering, will see the light of hope,” Frías wrote this Sunday on Facebook, alluding to what happened in Havana. 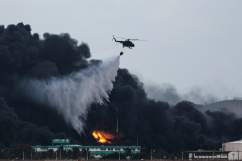 Censorship in Cuba: Emilio Frías is turned off the microphone in full concert – VIDEO