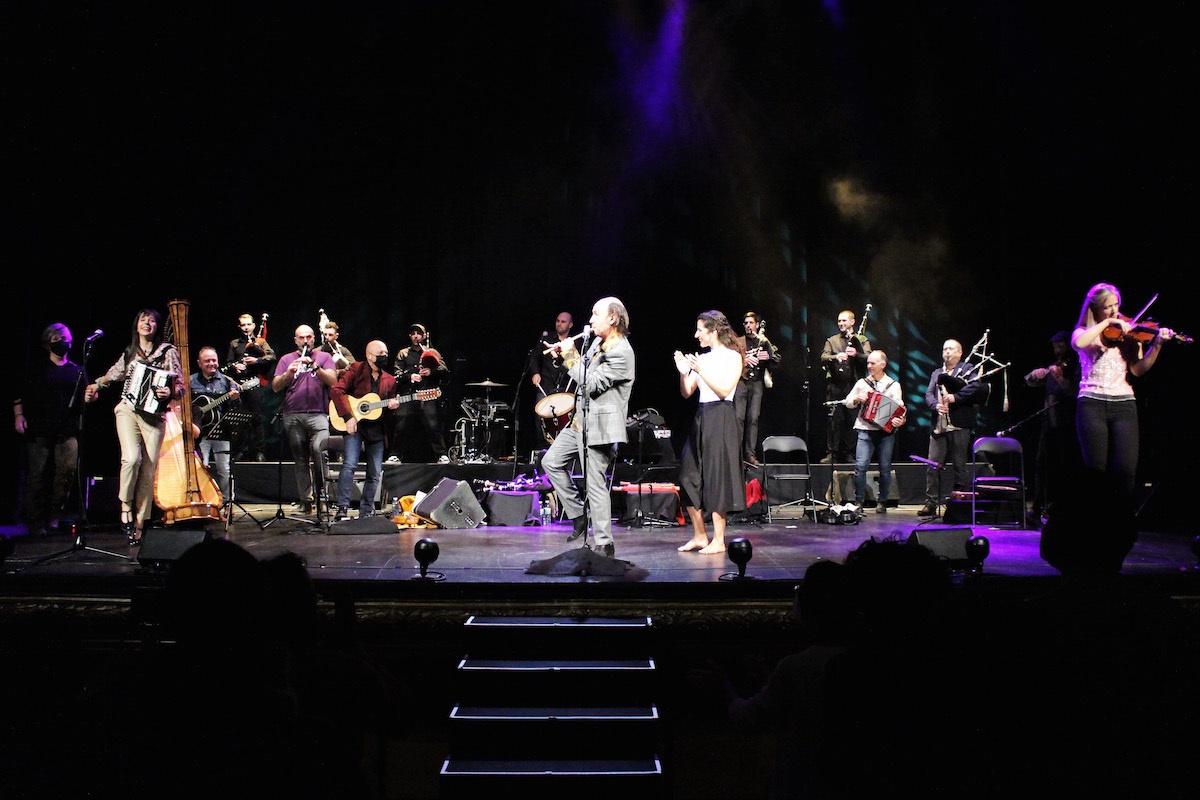 These days the Euskal Herri Youth Orchestra (EGO) was holding its winter meeting at the Musikene center in Donostia, preparing a program around the music of the Baroque era. However, given the appearance of contagions among its staff, it has been decided to cancel the meeting and the tour.

Subsequently, the young group had planned to carry out a concert tour in Tolosa (December 31), Donostia (January 2), Bilbo (January 3) and Gasteiz (January 4). To return tickets, buyers must contact each of the theaters and auditoriums that had scheduled the appointment.

“Given the risk of the virus spreading, prioritizing health and a principle of responsibility, the management has made the decision to automatically cancel the meeting,” the orchestra explained in a statement.

For the same reason, the last concert of the year of the IX edition of the Aitzina Folk Festival of Araba, scheduled for this Wednesday in Amurrio, has had to be suspended. The festival combines the dissemination of folk and traditional music together with solidarity for children and young people affected with ataxia telangiectasia, a rare disease that still has no cure, which affects two boys in Araba and more than 30 throughout the State. Spanish.

The public will have to wait for another opportunity to enjoy the music of the young Txistulari from Gasteiz Iñaki Palacios and his group The Gaels, who were going to present their latest album, ‘Baltik’, at the Amurrio Antzokia on Wednesday 29. The money for the tickets will be refunded over the next few days.

Patxi Villén, director of the Festival and president of Aefat, an association that groups together those affected with ataxia telangiectasia in the State since 2009, has indicated that “we hope to have Iñaki Palacios & The Gaels on another occasion. We want to remember that this concert was possible thanks to the collaboration of the Amurrio City Council, which also supports our association Aefat in other solidarity activities, such as the collection of caps. In the Amurrio area we have found a lot of support, also with entities such as Amurrio Trail, Montes Solidarios… and the people of the area in general.

After the successful concert last Monday by Carlos Núñez and his collaborators, in an almost full Main Theater with the great Galician artist, the end of the festival will come with a double concert.

The ninth edition of Aitzina Folk, on January 2, will close with the great polyphonic voices and instruments of Amak, with their tambourines and trikis, and Berriketan, an interesting project that combines txalaparta and flamenco dance.

From Bilbao to Pamplona

Tickets sold for December 30 will be valid to see this show ‘Michael Jackson Tribute’ in February and you can also ask the Euskalduna to return the tickets via email.

And the Gayarre Theater of Iruñea has announced this Tuesday that, due to a positive case in the cast, it is forced to cancel the performance of ‘Pinocchio’ by the Gorakada Theater company, scheduled for Tuesday, January 4.

As reported in a press release, the refund of the amount of the tickets will be carried out in two ways. Tickets purchased through the Gayarre Theater website will be directly reimbursed on the card with which the payment was made. For their part, the people who purchased the tickets at the theater box office must go to it so that they can be reimbursed.

“We are sorry for the inconvenience that this situation may have caused to the public that had planned to go to the Gayarre Theater next day 4. If the show can be scheduled on a new date, it will be reported in due course,” they have moved.

Cascade concert cancellations by covid, including EGO and Aitzina Folk