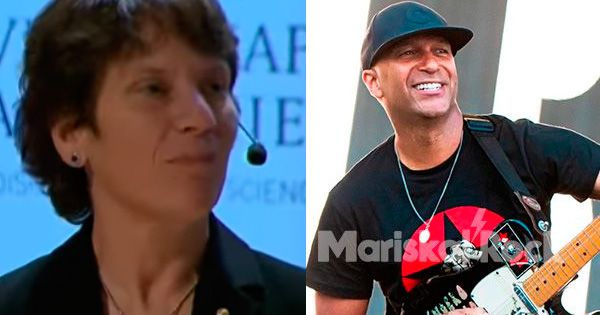 The world of rock once again takes the highest spheres of society by storm, since we currently not only have Bob Dylan As the recipient of the highest distinction that can be aspired to in various disciplines, the Nobel Prizenow we also have an award-winning rocker Nobel Prize in Chemistry, Carolyn Bertozziwhich he shared in his band college years with Tom Morelloguitarist of Rage Against The Machine.

Bored of Education was the eloquent name of the band in which Bertozzi was keyboardist in his student days at the prestigious Harvard University, which was also attended by Morello. Before pursuing his dream of being a musician in California, the guitarist graduated in Political Science in 1986 from Harvard, where Bertozzi graduated with honors in Chemistry two years later.

During these university days, the passion for rock was developed in the ranks of Bored of Education, a band in which various reports highlight that they made versions of AC DC Y def leppard.

Currently, Morello’s career at RATM, Prophets of Rage Y audioslave is widely known, while the researcher has found a new way of working with the microscopic world, developing important work that has been directed at the fight against cancer since her contribution to bioorthogonal chemistry. Bertozzi seeks reactions to explore cells in a less aggressive way and work with the state of molecules, making treatments such as those that can be related to some types of cancer more accurate. A work that has been recognized as deserving of the prestigious Nobel Prize.

Carolyn Bertozzi, the researcher who has developed a breakthrough against cancer, shared a band with Tom Morello (Rage Against the Machine) covering AC/DC and Def Leppard – MariskalRock.com