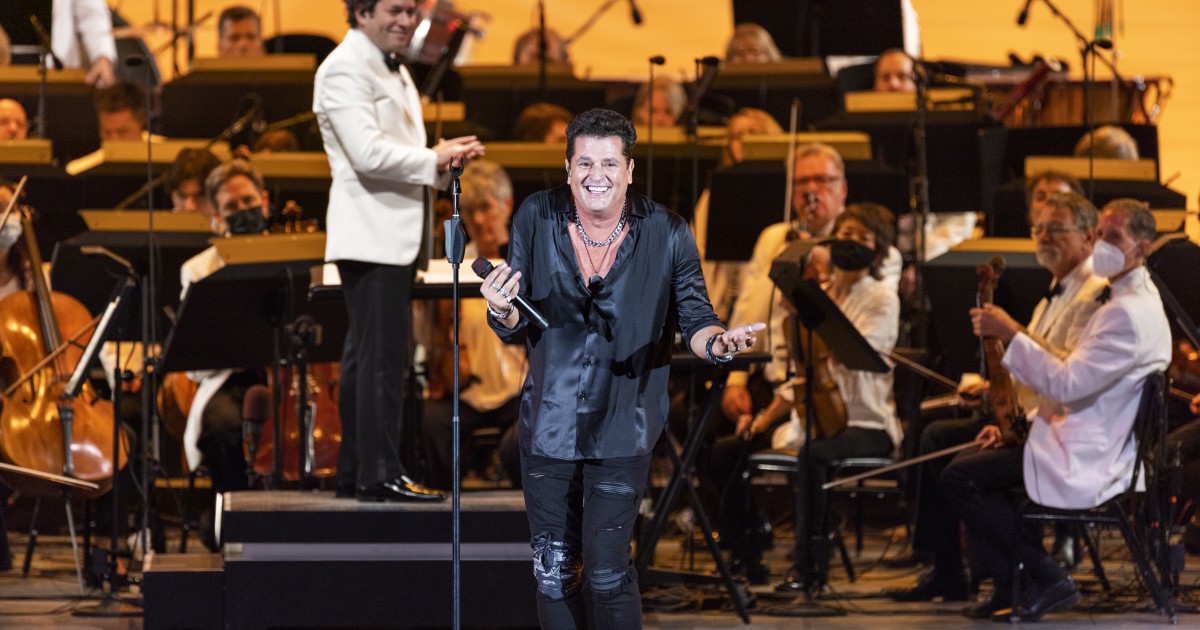 The arrival of Carlos Vives to the Hollywood Bowl with the Los Angeles Philharmonic Orchestra (LA Phil) of Gustavo Dudamel represented the return of the Colombian singer to concerts with audiences during the pandemic and one of the warmest guests of the Venezuelan director in this historic building .

With his unique festive vallenato music, the native of Santa Marta conquered those present with a dozen songs selected from his extensive repertoire in an unusual concert.

Vives and Dudamel had already shared the stage at the Bowl recently during a closed-door virtual show, due to the pandemic, which has led to a couple of presentations with an audience this weekend. The show featured traditional Colombian sounds, combined with modern pop, rock, and R&B.

Friday’s presentation at the Bowl featured the complete Dudamel orchestra and four additional songs to the virtual concert, in an evening that the Colombian himself described as very special and unique. Among the songs he performed was “Cumbiana”, the main theme of his last album that came out last year and that he had not been able to present live.

In addition, Vives, who has already had presentations in the past at the Hollywood Bowl, in 2016 and 2018, was attended by the Canadian singer of Colombian origin Jessica Reyez, who did a duet with the legendary vallenato interpreter in “La Gota Fría ”.

Vives and Dudamel, who has directed the Los Angeles orchestra since 2009, shared several fraternal moments, including a moment in which they spoke of the true origin of the arepa, as well as an invitation from the Colombian to the Venezuelan to “sing with him”.

The LA Phil opened the night with “Peer Gynt Suite No. 1” by Norwegian composer Edvard Grieg and “Danzón No. 8” by Mexican author Arturo Márquez.

The interpreter of “Fruta Fresca” and “La Bicicleta” will have his second and last presentation of this series with Dudamel in Hollywood this Saturday. Later, you will have a tour of the United States and Canada.