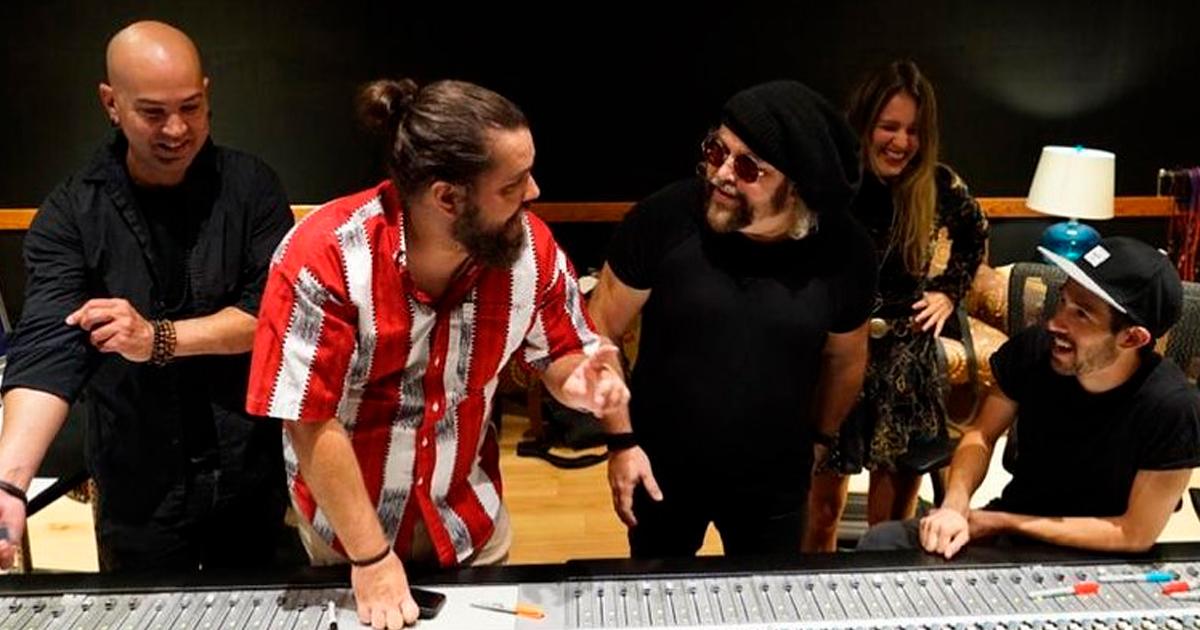 The Cuban singer-songwriter Carlos Varela shared a snippet of his new song The Fool’s Fair, with the Cuban rock band Sweet Lizzy Project.

“I have been composing for more than a year The Fool’s Fair and now is that I feel that it begins to breathe. I leave you with this fragment recorded with my brothers from Sweet Lizzy Project“He wrote this Saturday on his Facebook profile next to the recording at House of Blues Studios, Nashville, Tennessee.

“They are so liars /, playing harassment /, but sadness is not hidden with beer / You know that we were not or are not cheats / Just a little hippie, nothing dangerous / Neither your fire eaters nor your two lions / They are going to shut us up bastards! “says the chorus of the new song shared by the Cuban musician, accompanied by the band Sweet Lizzy Project.

“I am looking forward to sharing this with all of you. And you Carlos Varela… how great you are! What pride! ”, Also exposes the band that accompanies him on his Facebook profile.

“We have no words to explain what it has meant for us to have @carlosvarelaofficial here in Nashville. Thank you for sharing music, stories and this piece of our life. Thank you for bringing the light of your downpour and the strength to face fire swallowers and lions. For you, our love and respect multiplied x7 ”, they also said on their Instagram account.

Carlos Varela is seen by the island’s ruling party as a rather uncomfortable figure of Cuban culture.

At the beginning of July he gave three concerts in Miami at the Flamingo Theater Bar, to full theater, and in one of them He asked for “a light” for Cuban artists imprisoned for dreaming of a better Cuba.

“Take out all the light, take out your lighter, take out your mobile, I want a light … A light for all the Cuban artists who are in prison today, a light because one day the dream of a better Cuba will be fulfilled, a light for that relative you are thinking about now ‘if he were here’, asked the author of “Guillermo Tell”, who also asked for a light “for the innocent children who have died in landslides there in landslides here.”

Too criticized the repression unleashed on the island after the events of 11J. He said he felt “a mixture of anger, pain and sadness for everything that is happening in my country.”

“It breaks my soul to see the images of the repression, the abuse of the authorities and the forces of order beating and beating their own people! What were they thinking? ”He asked on that occasion.