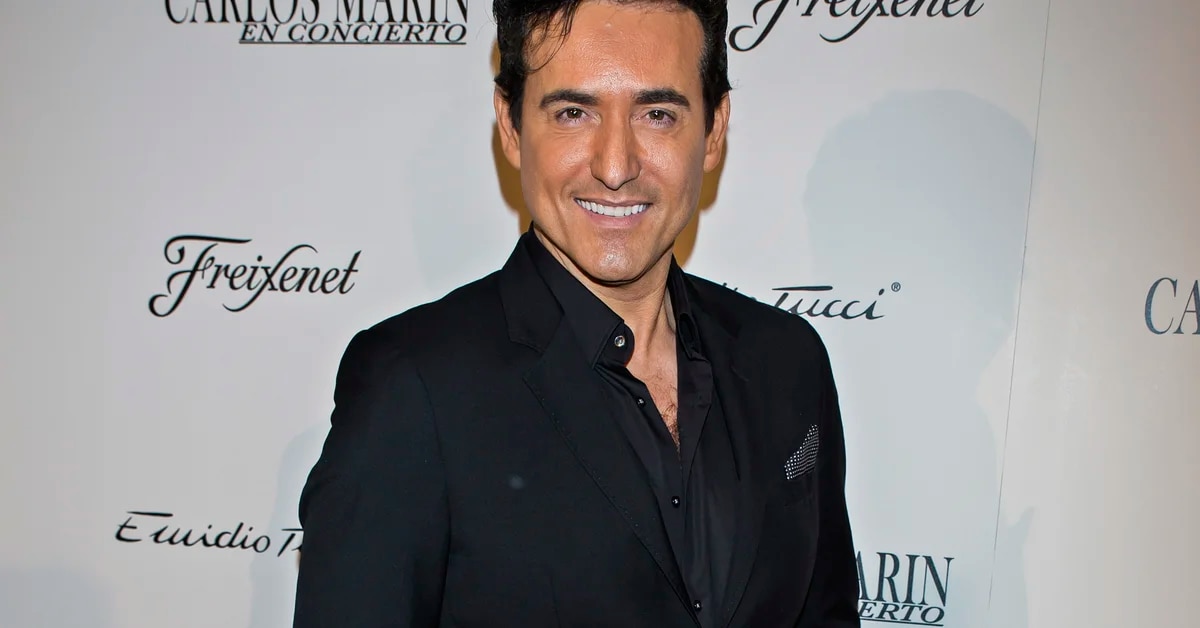 
The Spanish singer of Il Divo Carlos Marin He passed away this Sunday, December 19, at 53 years of age., as announced by the musical group on its official Twitter account. With a short message, it was announced that the vocalist had lost his life after being in an induced coma.

The lyrical singer will also be remembered for his extensive career in the music industry such as the production of more than 09 studio albums and his multiple concerts around the world. The news of his death has caused a stir among his family, friends and fans.

“It is with great regret that we let you know that our friend and partner Carlos Marín has passed away. His friends, family and fans will miss him. There will never be another voice or spirit like Carlos “, says the tweet that the opera group reported.

Likewise, David, Sébastien and Urs, the other three components of the musical quartet have lamented their loss through a publication where they made a short review of the producer’s career. “For 17 years the four of us have been together on this incredible Il Divo journey, and we will miss our dear friend. We hope and pray that her beautiful soul may rest in peace. “

OF WHAT DID THE SINGER DIE?

Carlos Marín had been in the Intensive Care Unit (ICU) of Manchester Royal hospital in the United Kingdom since December 8, where he was intubated and in an induced coma after testing positive for coronavirus and presenting symptoms.

“Our dear friend and colleague, Carlos, is in the hospital. We hope and pray for a speedy recovery “, was the tweet that the British band wrote to publicize the status of Spanish.

As a result, Primer Beat Producciones had announced the postponement until June 15, 2022 of the concert that was to be held at the Coliseum in A Coruña on December 22. Although the cause of his death has not yet been released, the singer would have lost the battle against the virus.

“Unfortunately due to illness, the remaining dates of Il Divo’s UK tour in December 2021 have been postponed until December 2022,” the band said in a statement.

Days before his death, Marín’s agent said: “His ex-wife Geraldine Larrosa is with him in the hospital because even though they separated 12 years ago they are still great friends”. Let us remember that Marín had a 17-year relationship with the singer Geraldine Larrosa until they divorced in February 2009 in a mutual and friendly way.

WHO WAS CARLOS MARÍN?

Born in 1968 in Germany and the son of Spaniards, Marín began his musical career at the age of 12 in Madrid in operas and zarzuelas. He had Spanish nationality and spoke English, French, Spanish and German. Between the ages of 15 and 19, he appeared on the TVE talent program Gente Joven and won it twice.

In 2003, he joined the Il Divo project, a laboratory group created by music producer Simon Cowell, an expert in building commercial music projects such as One Direction, Westlife, Demi Lovato or new talent shows such as X Factor or Got Talent.

Sébastien Izambard, David Miller, Urs Bühler and Carlos Marín became one of the most famous quartets in the world. Together they have released nine studio albums, from the namesake Il Divo in 2004 to the most recent For Once In My Life: A Celebration of Motown in 2021.

Marín was married to French singer Geraldine Larrosa, artistically known as Innocence, for 17 years. They met while working on the musical Les Misérables. After the separation they continued to collaborate and Marín was the producer of several of her songs.

Alone, last year he released an album entitled “Portrait” in which he dared to cover “Bohemian Rhapsody” by Queen, among other hits. The last appearance of the singer it was only two days before his admission, when on social networks he revealed some dates of the next commitments of Il Divo, this time in the American cities of Dallas and Florida, for next February.

Estrella Torres sadly says goodbye to The Artist of the Year but does not rule out a rematch: “it would be a pleasure for me”
Actor Juan Francisco Escobar generates rejection for inciting people not to present a vaccination card
Shirley Arica had an emotional reunion with her daughter after returning to Peru

Carlos Marín: What did the Spanish singer of Il Divo die of?