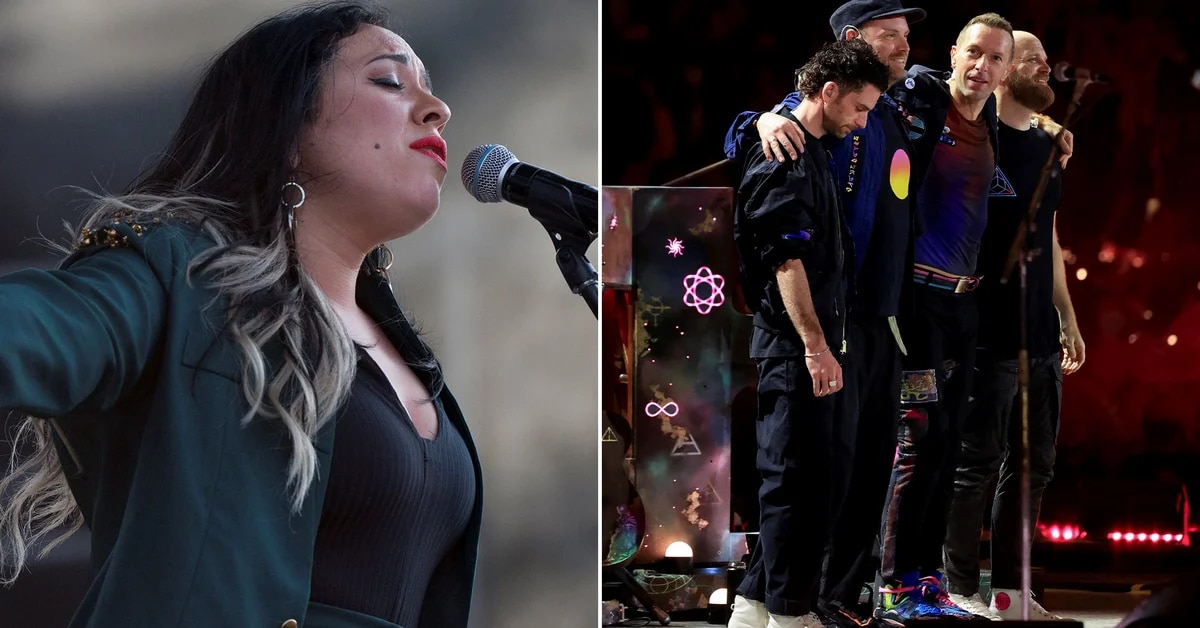 Carla Morrison would have announced through their social networks that will open the whole tour of Coldplay on Mexicohowever, in the image with the indicated dates are shown eight concertswhen the English band had only announced five.

One month after the start of Coldplay concerts in MexicoCarla Morrison announced on Twitter that she was invited by the group to be the opening act of all his dates in the country with the tour Music of the Spheres.

In the publication, the singer wrote that this news had been hard to save for her, because she was very excited to be able to share the stage with the performers of The Scientistwho are your favorite band.

“Those who know me know that this news not only cost me to keep it, IT IS WORTH TOO MUCH FOR ME! With my heart full of joy I share with you that my favorite band in the world, Coldplay, invited me to open THEIR ENTIRE TOUR IN MEXICO”

The singer deleted this post a few minutes after making it (Photo: screenshot/Twitter)

The shared image advertised The Renaissance Tour, where Coldplay’s already known and sold-out dates are read: March 25 and 26 in Nuevo León, March 29 in Guadalajara, April 3 and 4 in Mexico City. However, in the promotional they are written three more presentations; one in Guadalajara on March 30 and two in the Mexico City, April 6 and 7.

A few minutes later Morrison deleted his posts of social networks and the information about the concerts has not been released again.

Some of the Internet users point out that possibly the team of the interpreter of Let me cry could have got the dates wrongnoting in all of them the name of the British band next to that of the singer.

The singer-songwriter has not clarified what happened with her promo with Coldplay (Photo: EFE/Ulises Ruiz Basurto)


Likewise, there are fans who point out that new dates could be opened to see Coldplay, however, Carla I would have filtered thembecause the interpreters of Yellow They had not disclosed this information. At the moment, the group’s page continues to show only the five confirmed concerts in Mexico.

Last February 17 ocesa and live nationtour organizers Music of the Spheresrevealed that after quickly running out tickets to the band’s shows, they freed more, making it possible for some of the fans who did not manage to buy their tickets in October, to do so at that time.

However, currently all Coldplay concerts in Mexico made sold out and some of his followers continue to ask on social networks for more dates to be opened.

On his last visit, Coldplay had Ximena Sariñana as a national opening act (Photo:/Christopher Pike)

The interpreters of Live life They announced their world tour on October 14. Among the countries they will visit are Costa Rica, the Dominican Republic, the United States, Germany, Poland, France, Belgium, the United Kingdom, Brazil, as well as Mexico.

With this tour they will promote their ninth albumwhich could be one of the last, since they announced that their they will stop releasing albums in 2025 and, after this, they will possibly only dedicate themselves to presenting their music in concerts.

As stated Chris Martinthe singer and leader of the band, in an interview with Jo Whiley, they plan to publish in total 12 albums.

The memes left by the pre-sale of tickets for the Coldplay concert
Coldplay announces its “Music Of The Spheres World Tour”, in Mexico it will offer three dates in 2022
“My Universe” by Coldplay and BTS reached number 5 of the 50 most listened to songs in Mexico