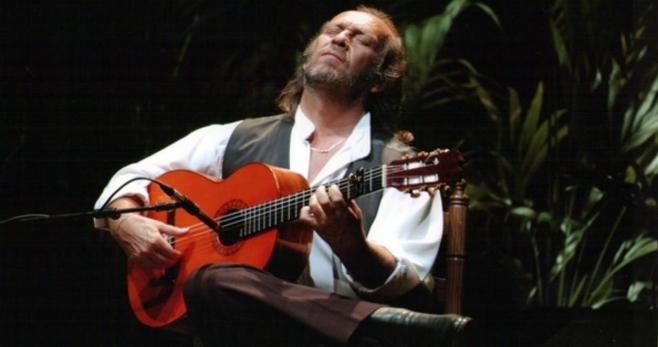 Enjoy the best music from Paco de Lucia and with the tenuous atmosphere created only by the flame and the light of the candles. This is the claim of the concert tribute to the great guitarist of flamenco that is being prepared in a new edition of Candlelight Open Air which will take place in just a few weeks. An opportunity to get carried away by the music of one of the best teachers with a guitar in the hand of the whole world.

An essential appointment to enjoy a virtuoso of this classic instrument and that will take place in the next few days July 25 and August 5 in two sessions, one at 7:00 p.m. and another later that will begin at 9:00 p.m. The place? The Patio de la Antigua House of Convalescence in Carme del Carme in Barcelona. An hour-long concert to listen to some of his big hits and known among his followers as Between two waters, Almorahima, Guajiras, Aranjuez Concert O Zapateado.

To attend this unique show as a public, tickets with prices ranging from between 20 and 35 euros depending on the seat chosen to enjoy a concert in which two interpreters will participate, playing two Spanish guitars and a cajon. An experience, without a doubt, somewhat different both for the atmosphere that is created and for the place chosen for its celebration: the Patio de la Antigua Casa de la Convalescència, founded in 1680 and which served as a place of care for the convalescent until its remodeling in 1921.

Now, this historic corner that is part of the heritage of the Barcelona’s town hall (its use was later transferred to the Institute of Catalan Studies) also serves as a magnificent setting for the celebration of the best concerts of classical music in such an intimate environment thanks to the magic provided by the candles arranged throughout the premises.

A genius on guitar

Francisco Sanchez Gomes, his real name, was born in the town of Algeciras in 1947. A music star who since childhood had the beat in his blood since he belonged to a family dynasty dedicated to flamenco and guitar. It was not difficult, therefore, for him to start drinking from the best influences of this musical style with artists of the stature of El Niño Ricardo and Sabicas. That was how it was presented at the International Flamenco Art Contest from Jerez de la Frontera in 1962 and began to record his first albums with his brother Pepe.

Flamenco was his motherly base and from there and always accompanied by his guitar he began to explore new musical paths towards a more contemporary panorama and where notes from other styles such as jazz, bossa nova, classical music, Latin rhythms … and that had little or nothing to do with traditional flamenco tablaos were not lacking. Then began a takeoff and a international fame that led to Paco de Lucia through stages around the world, touring Europe, North America or Japan and awakening the greatest applause.

How could it be otherwise, the main figure of flamenco was recognized with important awards throughout his long career. It is the case of the two Latin Grammy awards that he took for the records Good little things (2004) and Live Concerts Spain (2010), the National Flamenco Art Guitar Award, the Gold Medal for Merit in Fine Arts (1992), the Andalusian Silver Medal, the Honorary Distinction of the Music Awards (2002) or the Prince Award Asturias de las Artes that he obtained in 2004.

Dressed Doctor Honoris Causa by the University of Cádiz and by the Berklee College of Music, as well as a favorite son of the province of Cádiz and the city of Algeciras, Paco de Lucía died of a heart attack in 2014 at his home in Mexico. An unexpected event that left the world of flamenco an orphan that met to say goodbye to him at the church of Nuestra Señora de la Palma in the city where he was born. Before that, numerous personalities (such as the then Prince of Asturias) passed through his burning chapel to pay the last tribute to him.