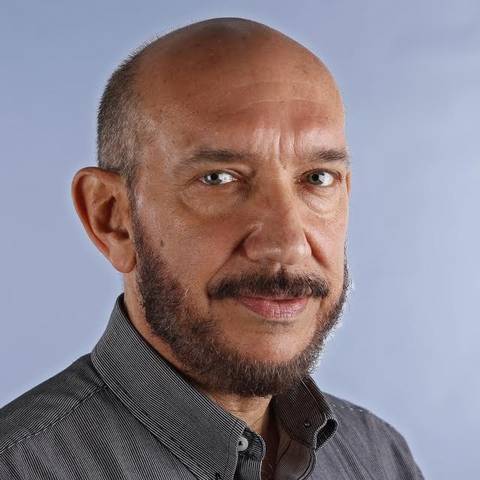 With his inseparable timple, a small five-string guitar native to the Canary Islands, a relative of the cuatro, the cavaquinho, the ukulele and the charango, maestro Germán López arrives in South Florida to perform at Miami Dade College’s Koubek Center on Friday, November 18 at 8 pm as part of a US tour.

Distinguished from the beginning for internationalizing the timple and exploring its possibilities beyond the borders of traditional music, López will be accompanied by a quintet of musicians and two special guests, the Cuban singer Aymée Nuviola and the percussionist Sammy Figueroa, with whom he will be presenting his new album, Soul (Virgin Music), the fifth under his label and the first for an international label.

Undoubtedly, this launch on a global platform marks a new stage in the career of the virtuoso, and in his purpose of continuing to expand the worldwide projection of the instrument.

“It is a novelty for a timplista to be able to sign and work with a great company, a seal of prestige and the trajectory of Virgin / Universal,” López said in a statement to the media. “It is a commitment to a very particular project, of world music, whose protagonist is the timple, which is only played in the Canary Islands”.

The album Soulproduced by multi-GRAMMY award winner Gregg Field, includes the participation of artists from genres as diverse as jazz, flamenco and African music.

“Aymée Nuviola is one of the great vocal references of current Latin music and one of the main exponents of Cuban music today. It is a great pleasure for me that it is part of my new album, Soulcontributing his voice and above all, his [legado] cultural, by approaching the timple and the music of the Canary Islands,” López told el Nuevo Herald, after adding that it is a privilege to have her at the Miami concert.

Referring to Sammy Figueroa, he added that he is one of the great percussionists “of all life” and a symbol of Caribbean music, and of Latin percussion, who will contribute a lot to the show with his enormous talent and experience.

“It is very inspiring to hear Germán play the timple, an instrument that is also present in our country music and which takes it to an extraordinary level, so that we can see reflected in it the great Canarian influence in our music,” said Nuviola, happy for the invitation of the Master and producer Gregg Field.

For his part, Sammy Figueroa, an experienced accompanist of stars such as David Bowie, Chaka Khan, the Bee Gees and Miles Davis, stressed that López is “the new boy on the block.”

“He comes from the Canary Islands to America bringing the gift of the timple, a small and magical guitar, full of the sounds of angels and his musical imagination. Germán is a special artist. He is a really gifted musician and ready to explode into the New World and heal us.”

Melissa Messulam, manager of the Koubek Center, stated that it is an honor for the institution to serve as the stage for the timplista’s only performance in Miami.

“The tour of Soul includes such prestigious sites as the Kennedy Center in Washington DC, the Lincoln Center in New York and the Kravis Center in West Palm Beach. We hope to have a gathering of lovers of good music during the week of the Latin GRAMMYs”, she highlighted.

Arturo Arias-Polo covers theater, television, popular music and film, among other topics related to Miami’s cultural life. He is a graduate of the University of Havana.

The New Year's Concert returns with a powerful makeover
They are, a super band that exalts the Fuson
Las Vegas, ready to host the Grammy Awards for the first time