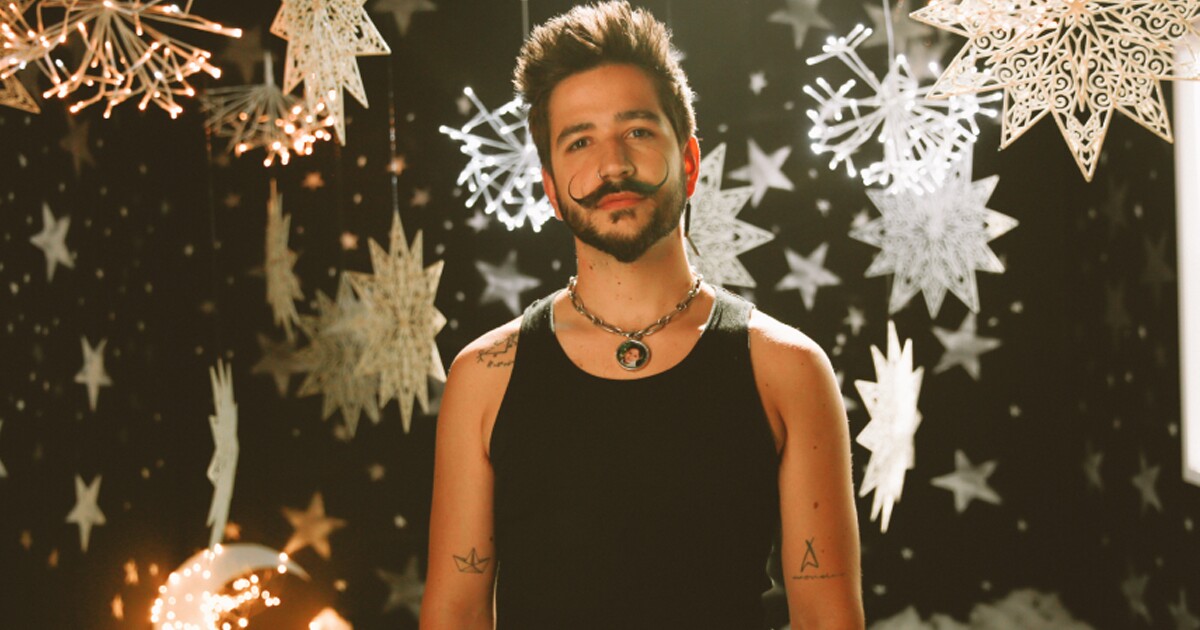 Latino artists continue in the frenetic pace that has characterized the music industry since mid-2021 (not even covid has been able to beat them) and in the first two weeks of December there has been a notable avalanche of premieres of songs and even albums. For the record, these are not productions made for Christmas, although there is no doubt that in Latin culture the end-of-the-year parties are more festive than recollection, so dance songs arrive just in time.

By the way, last Friday there was the release of Alejandro Sanz’s twelfth album. The Colombian Feid and the Venezuelan Micro TDH also released albums. Karol G released a sexy song with Feid himself and Junior H showed that he is still committed to Rancho Humilde and released two songs on the same day.

Jorge Medina, the former singer of La Arrolladora, persists in his struggle to stand out as a soloist, while Nathy Peluso, Emilia and Rusherking continue to raise the name of the urban movement of Argentine artists.

In that musical avalanche, one of the brightest diamonds is the new song by Camilo. When we already thought that the last musical chapter of the Colombia-Mexico connection had already been written in 2021 with “Cada qué”, the song by Maluma and Grupo Firme, Indigo’s father and Evaluna’s husband returned to the Mexican regional this week. His song “Nightmare”, produced by the great Édgar Barrera, is an important change after the tenderness of “Indigo”, the first song on the new album with which he announced that he was expecting his first child with his wife Evaluna Montaner. By the way, the multi-talented best daughter of Ricardo Montaner is the director of the funny video for “Nightmare” and has just launched her first adventure in the world of podcasts on Amazon Music. This is the second season of “En la sala”. The first was conducted by Becky G.

But going back to Camilo and his “Nightmare”, the song without being Christmas, is the best of those that have come out this month to celebrate the holidays. It is a funny story, which takes on touches of effervescence with the Mexican polka arrangement, without the weight of the metals that are put into the band music. It’s worth putting the theme on the end-of-year party playlists and watching the video. It is one of those that unleash smiles, even involuntarily.

Karol G he allied himself with his compatriot Feid and together they released “Geek”. Although we could not confirm it, it is possible that the subject is the first of the new album of the girl with the aquamarine hair. They officially presented it in Medellín, the city of both, where they surprised on stage with a sexy and daring perreo. The song is a good representative of the reggaeton “Made in Medellín”, with the dembow slower than in Puerto Rican songs, elements of pop and a video that oscillates between sensuality and humor.

The fans of the lying corrido received new music from Junior H. That is, Rancho Humilde is not waiting to see what happens with his relationship with Natanael Cano to move forward. “Empresa Fly Club” continues with the artist’s mission to merge his Mexican heritage with his urban reality. However, Junior H is making it clear that he is a versatile artist by simultaneously releasing “I was born to love you.” The song maintains the sound of the lying corridos, but this time the electric guitar, played gently, has the leading role.

This pair is desperate

Raw Alejandro and his team never cease to amaze. This time it was not only with music, yes, the new song with Chencho Corleone is good. It is the second collaboration of these artists, who are handled in a similar vocal range, but with totally different artistic and visual elements. Of course, what makes “Desesperados” an exercise in innovation is that it was announced as part of “Viceversa, the album that Rauw released in July. It sounds weird for those of us who think of an album as closed, finished and impossible to alter. Of course we are at the gates of 2022 and the records are digital and are on streaming platforms, so you can do whatever you want with them. So congratulations to Rauw, Chencho, and the Duars Entertainment team, they made a song historic for daring to present it that way.

Nathy also knows that living like this is dying of love

Another that never ceases to amaze is Argentina Nathy Peluso. The urban artist dared to play “Viivir thus is dying of love”, one of the most popular songs by Camilo Sesto and, although at the voice level the Spanish was in another universe, Nathy’s version is an interesting exercise. The video was more powerful than the theme, but together they manage to bring to the 21st century one of the great ballads of the grandmothers. Now we just need a Mexican urban artist to be able to do their versions with one of Juan Gabriel’s classics. Of course, with a sample of the voice of Divo de Juárez, if not they don’t even try.

Among the new artists we must highlight the great work that the Venezuelan did Micro TDH with his first album since signing with Warner Music and moving to the United States. “9” is a walk through the strongest influences in the artist’s life and a celebration of the music that is currently being made in his country, where until a few weeks ago there was no access to Spotify or how to monetize videos on YouTube. In addition to “Negro mate”, the album’s promotional single, “9” brings 13 other songs, including collaborations with Adso and Akapellah, Lasso and Pablo Alborán.

“On a trip out” is a beautiful song by Emilia y Rusherking, with more romantic pop than anything else, although they disguise it as urban, perhaps due to marketing issues on streaming platforms, with a discreet base of dembow. The tender video of a couple flirting at the movies, with nods to fashion and the scenery of the 50s, ends up creating a scene more of a romantic comedy than a scene of nights in the roughest streets.

This version of “Santa Claus Came to Town” by William Garza shows how good songs hold up to any arrangement and can sound new, but familiar, and that a thousand different versions can be made, but they still work.

Even though the music keeps playing the death of Vicente Fernández he has laid a blanket of mourning over the industry. The phrases honoring the Charro de Huentitán they mixed with the messages of condolences to Alejandro Fernández by your colleagues. The public, for their part, reacted by flooding the sound waves of El Chente’s voice. In fact, on Sunday 12 and Monday 13 December, the name of Vicente Fernández appeared in the seventh place of the 10 most listened to songs of Spotify worldwide.

Other topics that were released in the last two weeks are:

“I believed you” – Greeyci and Prophetic Culture

“There Is No Fart, There Is Peda” – The Reds