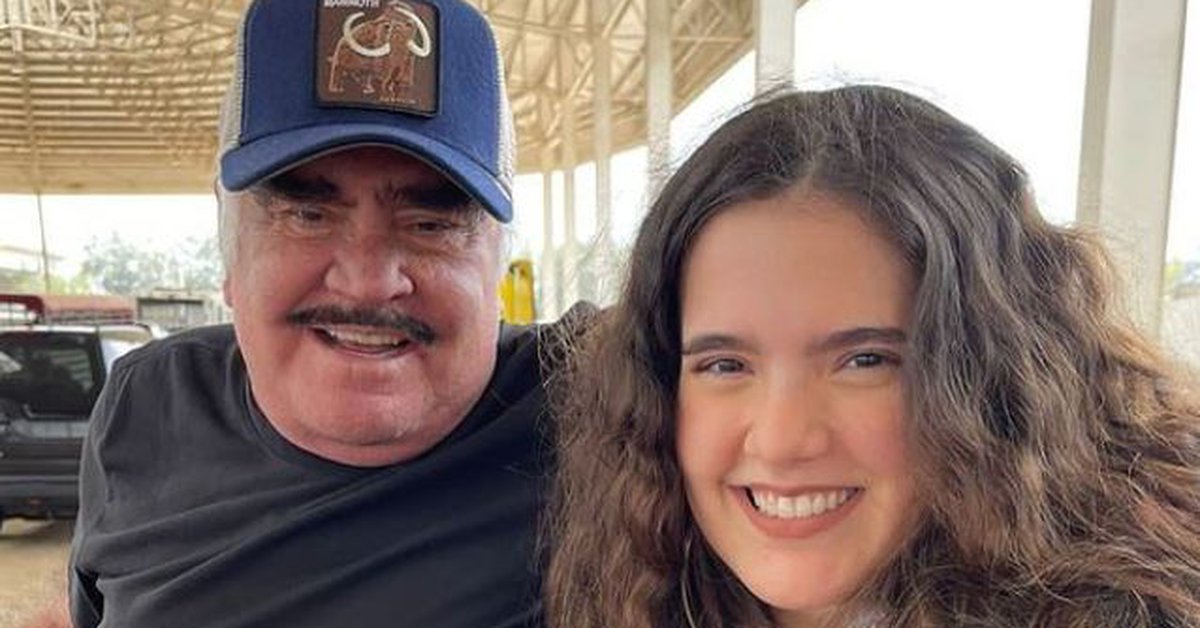 Although Vicente Fernandez continues in the hospital after the accident he had, which affected his spine at the cervical level, his granddaughter Camila He assured that he has seen the singer with good progress, something that gave him hope in the midst of his slow recovery.

More than three months after being hospitalized at the Country 2000 hospital, in Guadalajara, Jalisco, Chente already presents some improvements after having been left with very little movement in his limbs due to the fall that caused a spinal injury.

And it is that according to shared Camila Fernandez at a press conference, the so-called Charro de Huentitán he begins to have movement in more parts of his body, although it is very slight.

The regional singer has already been hospitalized for more than three months (Photo: Instagram / @ _ vicentefdez)

“I already saw it much better, that is, if it goes slow, but it gave me a calm to see it last time, you don’t have an idea, I loved seeing it like that, what Now he can move his little shoulders and his jaw and his eyes, and now he moves his tongue too, and now he moves his head from yes and no, I mean, it was wow !, from heaven to earth, almost almost ”, said the obviously happy singer, captured by Sun rises.

Alejandro Fernández’s daughter also denied that Chente She is going to spend Christmas at her house, as she revealed that she has already planned how to celebrate this important date with her grandfather, although she will also have to celebrate with her daughter and her husband’s family.

He declared that, as he has done since last August, he will have to go to the hospital to spend the December dates, as he said: “We have tried to visit him as much as we can, really. Well, the reality (is that) I’m going to play for the first time with my husband, but obviously I go to the hospital after Christmas, or if not, before and after ”.

The singer assured that her grandfather already has more movement (Photo: Instagram / @ camifdzoficial)

And it is that Camila was questioned by the press after Juan José Origel revealed that, according to his information, the patriarch of the Fernández I could leave the hospital before December 25, although this would entail continuing his recovery from home, with special care.

According to the doctors who treat him and the singer’s family, having left intensive therapy It has been a great help for Vicente’s spirit, as he is more awake and interacting, which “has helped him to have a greater advance in interaction and function,” the latest medical statement reads.

It was also reported that the progress made Chente, although it has been slow, it is remarkable. “During the day he is awake and interacting. Rehabilitation sessions are generated intermittently throughout the day. The respirator with only minimal support, spontaneously tolerates more time ”, they added.

Doña Cuquita Abarca, interpreter’s wife Here between us, was also positive about the improvements in one of her last visits to the hospital and revealed that her husband yes I could go home soon, but that will depend on what the doctors consider best for the singer.

On the other hand, the young woman said that her family is not only going through bad times, because her family is growing and this excites all the members, and is that not only she had her daughter Cayetana, but also her brother Álex and his wife Alexa they will have a daughter in the next few months.