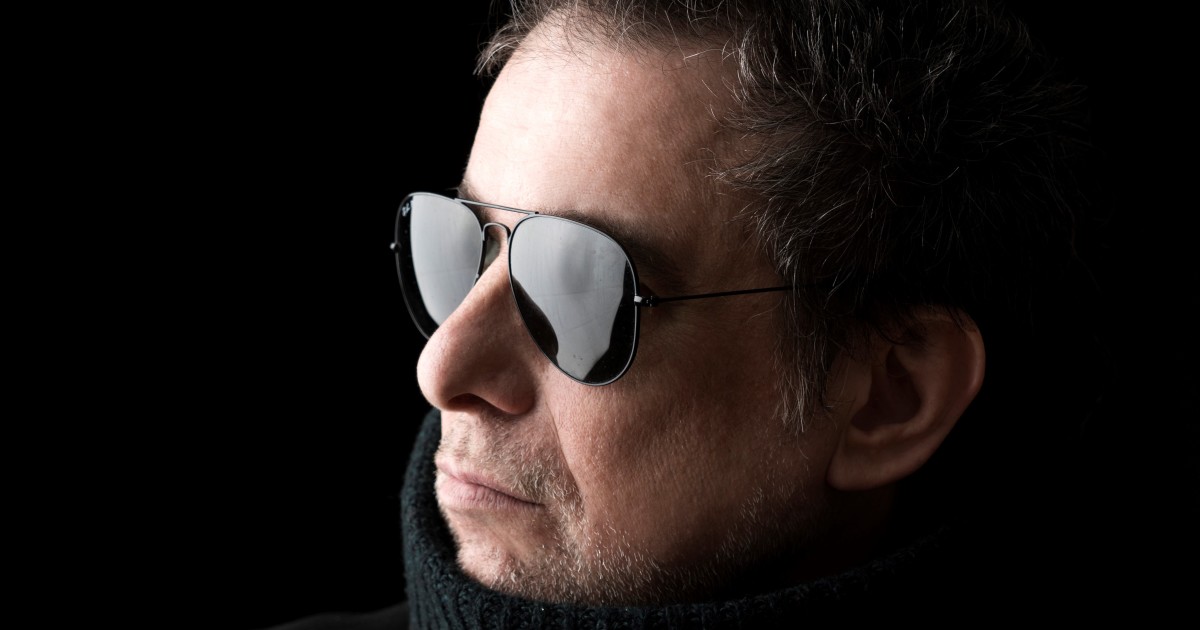 “Dios los cría”, Andrés Calamaro’s album that has just been released, is a very particular work for the renowned Argentine singer-songwriter who spends his time between Madrid and Buenos Aires, because although it is completely composed of compositions of his own, has invaluable input from many renowned voices.

By simply reviewing the album’s credits, the category of the guests is discovered, and listening to it in its entirety serves to determine that its content comes from the already generous quarries of its main manager, but under a novel format that firmly distances it from its origins. rockers to adopt considerably gentler styles that many voices lean towards bolero and jazz.

In the interview he gave us from his home in the Spanish capital, Calamaro spoke in detail about the circumstances that led him to undertake this adventure, the way he carried it out, the hopes he has for a soon return to the tabladillos and of the various virtual discussions he has had with his followers and his detractors in recent times.

Andrés, please tell me about the origin of “God creates them.” Why did you decide to do a project like this, as a duos, right at this moment?

Well, it is not an album recorded in the last year; These are episodes that occurred between 2016 and 2018. In 2016 we published a solo album with piano, arranged by Germán Wiedemer, who is the same pianist and arranger of this new work. The following year we added double bass and percussion for a tour that ended in 2018, and right in the middle, we went into a studio to record that same repertoire.

It was then that I thought that we could add singers who were stars, figures and legends, with the help of producer Carlos Narea, whom I have known since the ’80s and who is the director of impossible productions, such as a version of the “Hymn to the joy ”by Beethoven in which forty singers, an orchestra and Queen’s guitarist Brian May participated, as well as a festival that took place in Guadalajara, as a tribute to Placido Domingo, with an orchestra of 80 musicians and a mariachi within A football stadium.

There have been several albums of duets in recent years, but you have here a really impressive and very diverse line-up, both in generational and geographical terms, because you go from Julio Iglesias and Raphael to Sebastián Yatra and Mon Laferte, and you appeal to artists from Spain, Argentina, Mexico, Colombia, Chile and Brazil. How did this come about?

Musicians consider ourselves a family of cousins, and singers are like brothers separated at birth. All generations have places in common; It can be Las Vegas, Houston, Los Angeles, Miami or wherever the Latin Grammys are held, which are actually much more than the ceremony you see on television. The previous night [a ese evento final] a tribute is made with a recital to the Person of the Year, and in the same afternoon hundreds of colleagues gathered to applaud the winners in the categories that we will not see later on television. And even a day before, there is a ceremony where veterans are awarded for the merits of their entire musical career. There we find the mariachis, the rappers, Sebastián Yatra, Mon Laferte, ‘Despacito’ [sic], Residente, Ricky Martin, Juan Luis Guerra and Robi Draco.

I just met Sebastián in Las Vegas; he offered to sing ‘Paloma’ in a fickle way, with great humility, and the manners and humility deserve a positive response from me, so we sing together. Then there are Julieta Venegas, Carlos Vives and Juanes, who are regular at these awards, and I have seen them perform on stage, in person and on television. I met Mon Laferte singing Alejandro’s songs [Sanz] or from [Joan Manuel] Serrat, I don’t remember well. And we all end up being friends, fellow workers.

The Julio Iglesias in “Bohemio” is especially significant due to its legendary aspect, and it also feels somehow like a return of favors because you recorded with him a new version of the corrido “Juan Charrasqueado” on his own album by duets from 2017.

There is a bit of that, yes, but I think that this partnership with Julio responds to the fact that we have each other on the radar, we have things in common and we like how we are. I am a very Madrid from Buenos Aires and Julio is a very Argentine and very Dominican from Madrid. We are used to being received in many countries where we go to work, fall in love or have our adventures. The culminating point of this complicity had been to sing “Juan Charrasqueado” together, and now, this version of “Bohemio” marks his return to the recording scene, because he hadn’t done it precisely since that album.

As you say, this brings together different generations, with songs that are all from my repertoire and that come from rock, although they appear here recorded in another way. And it can be said with certainty that, of the 15 or 18 singers that appear -all good-, Julio Iglesias shines, giving a master class, with his own style, non-transferable and full of generosity and love for the trade [que tiene].

Since the album was recorded before the pandemic, how was the process of recording the voices of the guests?

Recording from a distance is not something exclusive to moments like this, but an operational decision that has been used for 20 years. Before that, we would have had to travel through various countries with a suitcase full of recordings, and we would have been delighted to do so. We would have been to Brazil to record with Milton [Nascimento], in Montevideo to record with Fernando [Cabrera], in Buenos Aires to record with León [Gieco] and Gabriel [Vicentico], and so. But now, you can send the clues in an email. Anyway, singers usually record alone, unless it is an orchestral or live project. The profession of the singer is solitary.

A few days ago you had to postpone the European tour that had already been suspended in 2020. How do you see the possibilities of returning to the stage?

We do not postpone; it is the locals that change the dates waiting for certain conditions to be met. Tickets were sold, musicians and stage attendants were engaged, hotels and plane tickets were reserved. I do not suspend anything. All I need is to rehearse a bit, because it’s been a year and a half [desde los últimos conciertos] and I don’t want to present the same songs.

There are countries where the protocols are different. In the United States there are already audiences at sporting events; music festivals are going to be held in England; and in Spain, after the successful Love of Lesbian event, a festival with 25 thousand people and normal measures has already been announced. But my tour involves many promoters from different places and with different situations.

And what about vaccination? You’ve done it?

I would like them to give the vaccines in the pharmacies; I would have already gone to wear four different ones. I have no problems [en hacerlo]. Nor do I know of anyone who has been vaccinated and gotten sick from something else. I imagine that soon they will begin to ask for the certificates to travel.

At the end of 2020, you participated in the Netflix documentary series “Rompan todo”, which aroused many passions, and your own intervention generated a series of hostile comments that you responded in a particularly friendly way on social media. You are undoubtedly an icon of Latin American rock, but it seems that many still have a kind of love / hate relationship with you. How do you feel about that?

Look, I don’t have a car or drive; he would be a horrible angel. I don’t have a watch either. However, I take the temperature of the street. If I sit down with four friends, they all think differently than I do. Sarcasm, irony, ‘trash talking’ are used a lot in Buenos Aires, and they don’t always understand us. I am a rock musician, and by mandate, rock has to offend, step on all puddles. In addition, I grew up in a family where politics, music, culture, and the avant-garde were talked seriously. Some of my ideas are ahead of time by many years.

There are people who argue with me and laugh with me, and if necessary, I let them cry on my shoulder. The western world is split in half. I am a lifelong feminist, and now there is a very aggressive feminism. [Hay] some bizarre ideas about animals, the environment, races. I have always been a tolerant, liberal, not authoritarian person, and I believe that extremes are being reached that have no other use than dividing people, generating confrontations.

In Argentina there is a scenario of division; in Chile there is another, in Peru there is another. In Colombia too, right now. And in Spain. We have different fractured maps and the cultural question is very upset. I was always part of the minorities. Hollywood’s new movie filming law is a delusion. These are whims of the middle class; I don’t go through life hugging trees. They argue with me when I’m right, and I’m not going to stop being right because they argue with me.