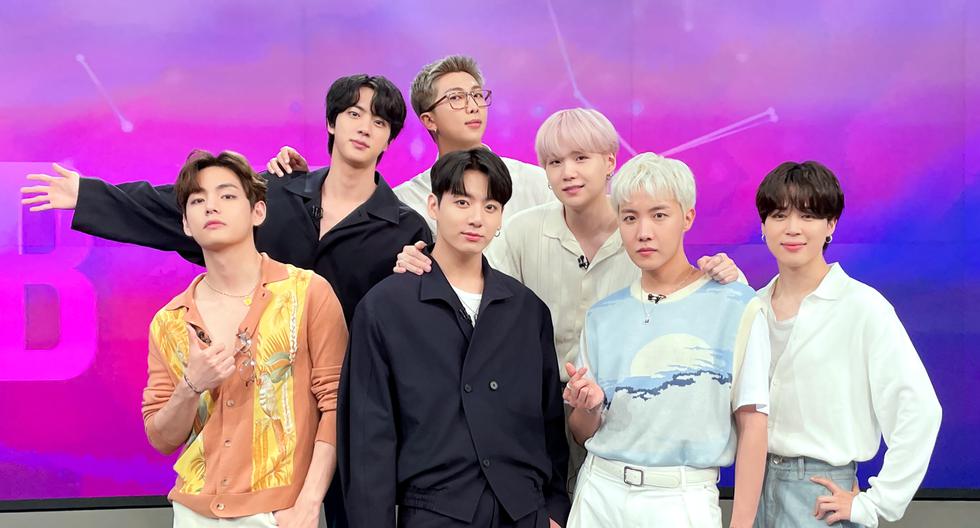 BTS is one of the most successful bands of the moment, it has conquered ARMY with their personalities and their amazing musical report. Your fanbase has had the opportunity to learn about the coexistence of the members and their behaviors with each other, but which of them will be the most jealous?

SIGHT: BTS: Which member of Bangtan is compatible with your zodiac sign?

Jealousy is a natural thing in relationships of any kind, it only takes on a negative connotation when the behavior has negative and extreme attitudes. Each zodiac sign reacts differently to jealousy in their interpersonal relationships, astral chart experts point out that the signs can determine the behavior and attitude of people in different situations.

Each of the members of Bangtan has a peculiar charm and they have a close relationship with ARMY, through the abundant material that they record traveling, competing, touring, recording, among other activities. This time, we will base the behaviors of the BTS boys on their respective zodiac signs. How much do you know about the personality of your bias?

Let’s start from highest to lowest: Jin is Sagittarius, Suga is Pisces, J-Hope is Aquarius, RM is Virgo, Jimin is Libra, V is Capricorn and the youngest of them, Jungkook is Virgo. According to the zodiac charts and specialists, the most jealous signs are: Scorpio, Pisces, Aries, Capricorn and Leo. Only two of the BTS guys would fit into the category.

Kim Taehyung also known as V, was born on December 30, 1995, and is a Capricorn. A fairly peaceful, calm, committed and hardworking sign, with a strong power of intuition. What can lead to your jealousy to surface in a situation that you find suspicious. Let’s not forget that V is very charming and personable but he can also be extremely distant when he sets out to do so.

SIGHT: BTS nominated for the 2021 MAMA: What time does it start and where to vote ONLINE

V is quite known for being reserved, chameleonic and for having a great stage presence. Despite being described as a very jealous sign, Capricorns are not usually impulsive and tend to weigh their decisions. Among the qualities of a Capricorn are perseverance, patience and a good sense of humor, something characteristic of Taehyung.

Here is a video of some of V’s reactions:

Min Yoongi known worldwide as Suga, was born on March 9, 1993, he is from the sign Pisces. The rapper is characterized by being introverted, responsible, observant and considerate. Numerous times we have seen his role as the second older brother of the rest of the BTS, after Jin. Pisces is the second most jealous sign, it is believed that Pisces tend to be very distrustful and analytical of the situation when they are jealous.

SEE ALSO: BTS: what did the band members dress up as for Halloween?

Yoongi possesses many emblematic qualities of a Pisces, the idol is quite kind, empathetic and a trustworthy person. Contrary to Pisces, Suga is not emotional, nor does he seem to like showing his feelings, however; it is pure appearance, because he is a very sweet and sentimental person. Repeated times the other members of BTS have managed to melt that superficial shell and joke a lot about it.

Awwww ay el Gatuuuu all tsundere with the “I love you” 😹💜 #YOONGI #SUCK @BTS_twt pic.twitter.com/cxdY29Y63f

“Spots” robot dogs dance to the rhythm of BTS

BTS: Who are the most jealous members of Bangtan?