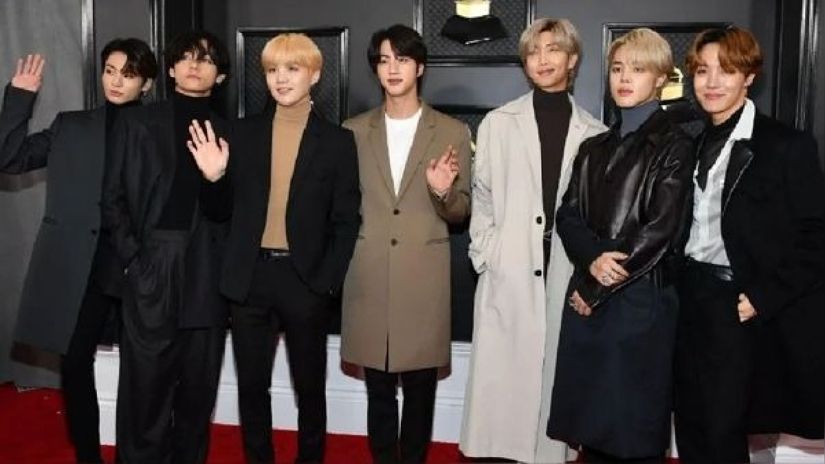 The ARMY (group of fans) of the South Korean band BTS, one of the most acclaimed of the genre K-Pop, were disappointed to learn that the group canceled their “Map of the Soul” world tour due to the COVID-19 pandemic. But there is good news.

This September, the group consisting of Jin, Suga, J-Hope, RM, Jimin, V and Jungkook announced that he will offer an online concert, entitled “Permission To Dance On Stage”, inspired by his collaboration with Ed Sheeran.

The next show of BTS, as they announced in an invitation through a video clip published on their YouTube account, it will take place next October. Information that the company Big Hit Music also confirmed through a statement issued by the medium weaver.

With this proposal, the set of K-Pop It hopes to supply the almost 40 concerts around 18 countries that were canceled due, according to the band, “to changing circumstances that are beyond our control”, alluding to the health crisis unleashed by the new coronavirus.

As Big Hit Music detailed, the online concert “BTS Permission To Dance On Stage “will air live on October 24 at 6:30 pm (Korean time).

Because of the time difference, each ARMY You will have to check the exact time with your country so as not to miss what promises to be a first-rate show by the Korean band.

In the Peruvian case, for example, South Korea is 14 hours ahead of Peru, as well as other Latin American countries. In the United States, the time difference is 13 hours.

The agency of BTS said he will soon release more details about the show and the date on which the tickets will go on sale. They will also announce soon the singles that the group will play that day and if there will be an audience present.

For its part, BTS shared in all their social networks the video clip in which they invite their different ARMY from the world to join their concert online. In this material, J-Hope pointed out that the ideal stage for the band is where their fans are.

Recently, the group of K-Pop He surprised his followers again with more collaborations. The last one was a new collaboration with Megan Thee Stallion, with whom they released a remix of their song “Butter”.

In addition, Coldplay recently announced that on September 24 it will premiere a song with BTS, entitled “My Universe” and that will be part of his album “Music Of The Spheres”.