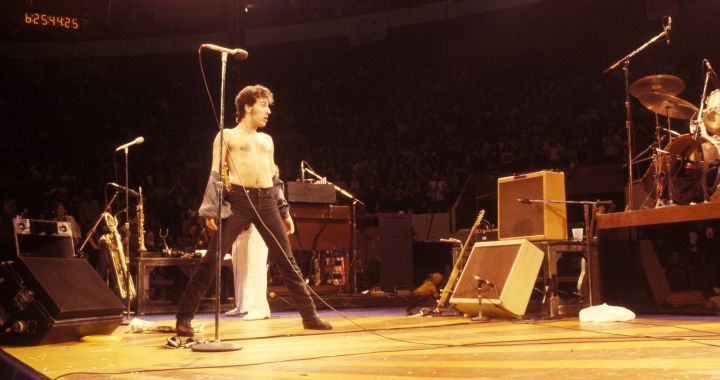 All fans of Bruce Springsteen We are looking forward to the artist’s new tour with the E Street Band. The legendary musician has confirmed that in 2022 he will return to the road to bring his songs to the stage, which are already part of our soundtrack. But before this moment comes, we can continue to enjoy the performances that have marked the career of the Boss.

If there is a series of shows that are marked in Springsteen’s career, they are the ones he offered at New York’s Madison Square Garden under the umbrella of the anti-nuclear cause. Now we can enjoy them again with the film The Legendary 1979 No Nukes Concerts, Which collects ten unpublished performances of the benefit concerts he gave with his reference band.

The film contains the best-recorded and highest-quality performances of an explosive era, on the rise and of which there are few images of Bruce Springsteen and the E Street Band. The film has been released in HD in physical formats, including Double CD with DVD, Double CD with Blu-Ray and Double LP formats.

“A few years ago, I started going through the archives of recordings of Bruce and The E-Street Band’s appearances at the No Nukes concerts in 1979,” says Thim Zimny, a regular contributor to the musician who has remixed this material. “I quickly realized that these were the best performances and videotapes of the legendary seventies of the band, and I dedicated myself to unleashing the full potential of this material. Having served as director and lead editor for Bruce for the last twenty years, I can say without reservation that this new restored, reissued and remixed ninety minute film is the benchmark standard for Bruce and the band live during one of their greatest creative periods. “

The film, a combination of two performances captured during multi-day concerts of No Nukes, contains the intensity of a marathon in the 90 minute concert offered by Bruce Springsteen and The E Street Band. Among the highlights, we find the previously unreleased versions of The River and Sherry Darling, live classics such as Badlands, Born To Run y Thunder Road, and versions of Rave On from Buddy Holly and a version of Stay by Maurice Williams, with Jackson Browne, Tom Petty and Rosemary Butler as special guests.

Get the poster signed by Bruce Springsteen

To celebrate the launch of this audiovisual feast, of the film The Legendary 1979 No Nukes Concerts, we share an object that will delight the biggest Boss fans. Have a poster signed by Bruce Springsteen for the one who shows that he is a true fan of the musician. How can you get it?

Query here the legal bases of this promotion.