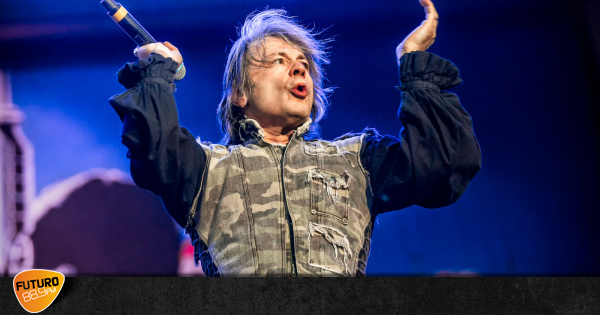 Iron Maiden frontman Bruce Dickinson has called on the UK government to come together to help artists touring the European Union post-Brexit. Previously, Dickinson openly admitted in the media that he was a supporter of Brexit. Already in 2018, the Iron Maiden singer claimed to be completely calm, and even went so far as to say that: “Brexit will open our borders, it will open the United Kingdom to the whole world.” Now, however, he has a different opinion.

The British government has not yet reached an agreement with the EU (European Union) on the terms in which British musicians could play in Europe and likewise, in which terms foreign musicians could tour in Great Britain. As a result of the agreement, artists now need work permits to earn money from shows in EU countries and must have a “card” that allows them to transport goods, such as musical instruments, across borders. Individual visas and work permits are required to get to play in the different countries.

The statements of Bruce Dickinson

During a appearance In the Sky News medium, Dickinson said that Brexit is making it difficult for British artists to tour and concert in Europe and that the government should do more to help.

The singer 62-year-old commented the following; “Don’t get me started on the government’s attitude towards the entertainment industry. We’re probably one of the UK’s leading exports. I mean … come on. And yet we’re sitting here, we can’t do anything.”

In this regard, he continued; “It is well known that I voted for Brexit. But, you know, the idea is that after you have done it, you go in and be sensible about the relationship you have with people. So, right now, all this non-power nonsense play in Europe, and Europeans can’t play here, and work permits and all the rest of that crap … come on! You know, act together … Get a decent guy who can do something about the relationship with Europe. We can play in America more easily than in Europe right now … By the way, we have a sold-out tour, hundreds of thousands of people in Europe. What’s up with all that stuff? So let’s do it, government. ” .