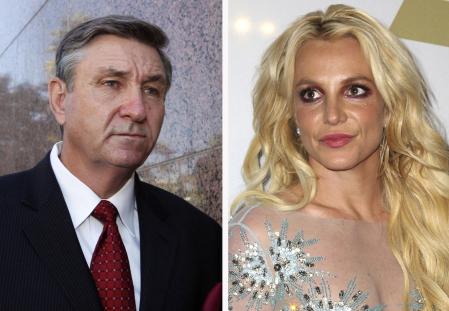 When it seemed that the dispute over the legal guardianship of Britney Spears had been settled, The lawyers of the singer’s father have presented some documents in which they request that Britney Spears appear to make a statement before the judge for defaming her father on social networks.

Britney Spears and her father James Spears are still entangled in court. This time, like Johnny Depp against Amber Heard or Brad Pitt against Angelina Jolie, James Spears has denounced her daughter for defaming him and damaging her public image after having shown in a trial that her father’s tutelage of her was abusive.

The artist wants to leave her past behind and get away from her family as soon as possible, as she has shown at her wedding with Sam Asghari by not inviting any of her close relatives. However, as reported by the magazine Peoplethe artist will have to face her father in court again after James Spears has initiated proceedings against her for defamation.

In the complaint filed by the singer’s father’s lawyers, the judge is asked to put Britney Spears under oath for the alleged attacks against her father that she has launched on Instagram and for the announcement of the memoir about the relationship between the two that the singer has assured that she will publish soon. As James Spears’s lawyers have denounced, these accusations are causing hatred towards his person throughout the world and “ruining” her name.

According to the complaint to which the magazine has had access People, the singer’s father wants Britney to apologize or retract some of the most controversial accusations that the artist has launched in recent months. Among the reported accusations are: that she was forbidden to take painkillers even though she needed them, that her father withdrew her driving license, that she was forced to draw eight tubes of blood a week to do medical tests.

As reported by the magazine PeopleLast week, lawyers for Jamie Spears filed a series of documents requesting that Britney sit in front of a judge to make a statement about the claims alleging guardianship abuse by her father. The singer has claimed on social networks that her father abused her ownership as legal guardian to limit the singer’s freedom and enrich himself at her expense. What’s more, the artist has announced that she will publish a memoir about her relationship with her father.

For his part, according to Britney Spears’ lawyer, Mathew Rosengart, he has responded to this complaint and has assured that “Mr. Spears can flee, but he cannot hide forever from his legal and fiduciary obligations.” In addition, he has launched the dart that “after using her daughter’s money for more than 13 years to finance his legal fees and expenses” if he wants to start a legal process this time “Mr. Spears will have to pay his own legal fees.”