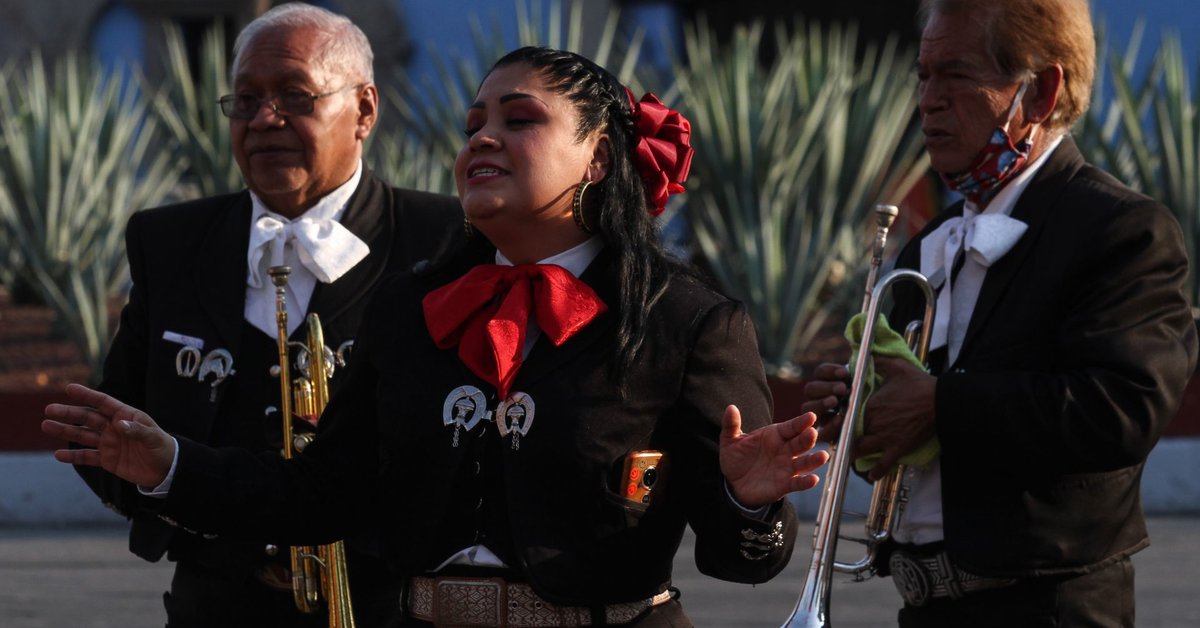 A good party is not considered as such if at some point in the night some songs of the so-called Mariachi.

Currently we know Mariachi as one of the most important musical accompaniments in Mexico, standing out for its popularity not only in national territory, also all over the world.

However, the road that Mexican music has had to travel is long to reach what we now know as the so-called Mariachi de Masas or the Mariachi Comercial.

These Mexican groups are based on the contributions provided by indigenous peoples such as the cora, nahua, huichol and purepecha, without forgetting what was rescued from the Afro-Brazilian populations.

According to Arturo Chamorro Escalante, the creation of the mariachi could be the northwest of Michoacán, Colima, northern Jalisco, and northwest Nayarit. Cocula or Tecalitlán could be the pioneer municipalities, he assures.

Of the groups that existed during the 16th century, many genres were rescued to preserve their traditions alive. Some of them are from the sones, minuetes, portorricos, abajeños, and others like the corrido, or the polka.

The first ensembles, moreover, were made up of string instruments: violin, vihuela, guitar, harp, guitarrón or also known as tololoche, in addition to a tambora.

The Mariachis who emigrated to central Mexico, among other states, evolved into what we understand today as a Mariachi. They added a lot of other instruments to their music, specifically the brass like the trumpet around 1930.

It was precisely around those years that Mariachi became popular thanks to the Mariachi Vargas de Tecalitlán, who traveled with General Lázaro Cárdenas during the presidential tour, and entertained the meetings of the former president of Mexico.

He also appeared on the Mariachi scene Cirilo Marmolejo, a musician considered to be the pioneer of the traditional Mariachi uniforms, that is, the charro suit.

The genres to which they were added were, among others, el ranchero, el norteño, los corridos, sones, huapangos, etc., mainly as part of the orchestras that accompanied the great stars of the cinema.

Its universality reached such a point that it was possible to accompany waltzes or pop ballads in the pure style of the Fernández dynasty, Juan Gabriel, Luis Miguel, among others.

These groups became so popular and so representative of the Mexican spirit throughout the world, that the UNESCO considered them as Intangible Cultural Heritage of Humanity.

This historic moment took place in Bali, Indonesia, where the Intergovernmental Committee for the Safeguarding of the Intangible Heritage. The vote for the Mariachi was unanimous, with the vote of the 24 participating countries.

The body considered that the Mexican proposal was one of the best conceived and integrated files on the list and in history, considering it as “an example to follow for other countries.”

The mariachi file was presented by the National Institute of Anthropology and History (INAH-Conaculta) and Secretary of Culture of the State of Jalisco in August 2010.

In addition, the Mariachi It was also considered one of the greatest sounds in the history of mankind by the North American space agency, NASA.

The song of Lorenzo Barcelata was put at the height of composers such as Mozart o Bach, and was included in the time capsules called “Voyager”, which will fly for the next 1,000 years in space waiting to be found by inhabitants of other worlds.

And in terms of research, you can find numerous collections dedicated to the subject in the National Sound Library; in books or studies by ethnomusicologists and specialized researchers; in the Documentation and Information Center of the Mariachi, among others.

Of course, there are multiple popular spaces where you can listen to Mariachi, and all over the world bands have formed that carry the Mexican musical tradition around the world.