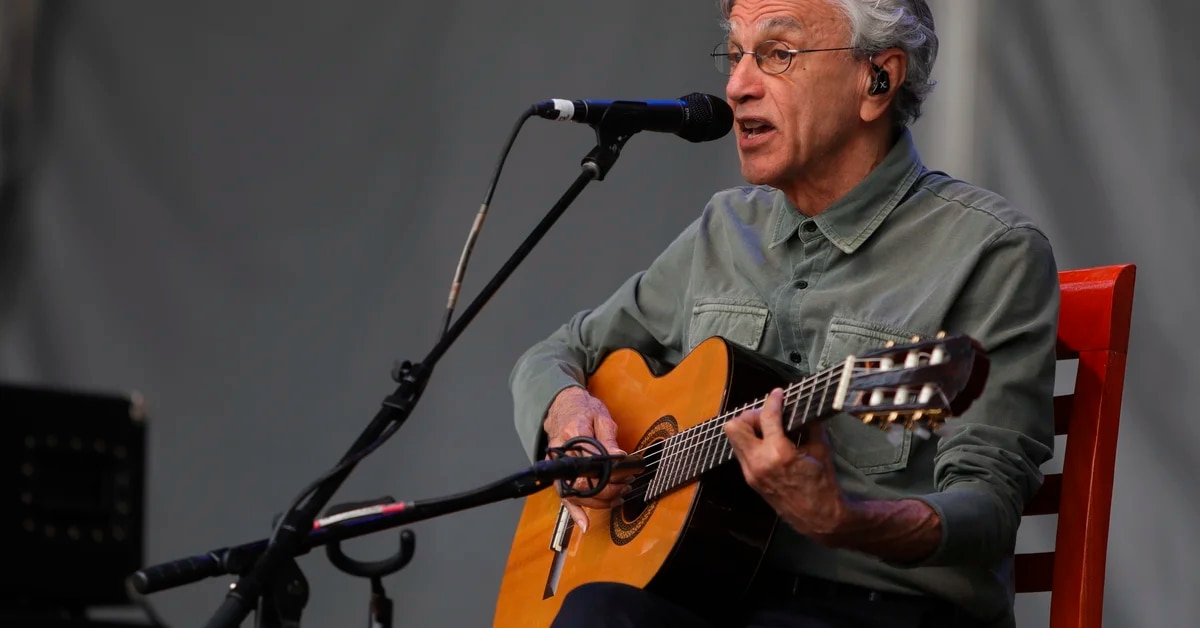 
Caetano Veloso, living legend of Brazilian music, tested positive for covid-19The 79-year-old musician reported this Sunday in a message on social networks in which he said he was “fine” thanks to being vaccinated.

“After a week of negative results in daily tests correctly required by television show productions, Paulinha (Lavigne, his wife) and I tested positive for covid-19,” Veloso wrote from Bahia, where he has been for five days, according to detailed.

“We are fine and we attribute it to the fact of being vaccinated“Added the Bahian, who received the two doses of the anticovid vaccine and the booster last October in Rio de Janeiro, where he lives.

“Who can take the test. And above all, everyone should be vaccinated with the three doses. The pandemic has not ended and the new variant is very contagious,” he said, without clarifying whether he is infected with the recently detected omicron.

Caetano, recent winner with his son Tom Veloso of the Latin Grammy for Record of the Year with “Talvez”, also criticized the government of Jair Bolsonaro in his message, as he had done in the past.

In this case, he referred to the controversy surrounding the vaccination of children between 5 and 11 years old, which the government tries to condition on the medical prescription, despite the approval of the health regulator, Anvisa, for which it develops a public consultation until January 2.

“It is unacceptable that the federal government obstructs the program approved by ANVISA for the vaccination of children“Veloso indicated.

“May the Brazilian state free itself from this government,” concluded the musician, one of the leaders of “tropicalismo”, a libertarian movement that revolutionized Brazilian music in the 1960s.

Brazil, one of the countries hardest hit by the covid-19 pandemic, reported 24 deaths from the virus in the last 24 hours, the lowest figure since March 2020, But that may be due to the obstacles that the country suffers in recording data, official sources reported this Sunday.

After more than two weeks of the cyber attack on the data collection and storage systems on the Covid of the Ministry of Health, the South American giant continues to record half cases of deaths and infections by the virus.

This Sunday, nine of the 27 states of the country stopped entering data, most of them due to obstacles to the registration of cases in the system, according to the most recent balance of the National Council of Health Secretaries (Conass).

According to the report, of the nine regions that did not send the information this Sunday, only Brasilia stopped doing so because it was a public holiday, a decision that had been made long before the cyber attack was recorded.

Except for the inconveniences caused by the attack, it is common for the number of deaths and positives in Brazil to drop drastically on weekends, due to the lack of personnel in the health secretariats to do the records these days.

According to the official report, Brazil has accumulated 618,448 fatalities since the pandemic reached the country in February 2020, while the total number of cases is already at 22,239,436 confirmed cases, after 4,810 new positives reported this Sunday.

(With information from AFP and EFE)

Step by step: these are the new health requirements to enter Brazil
Brazil will apply a fourth dose of the anticovid vaccine to the immunosuppressed
They detected more than 40 cases of COVID-19 on a cruise ship that arrived in Miami