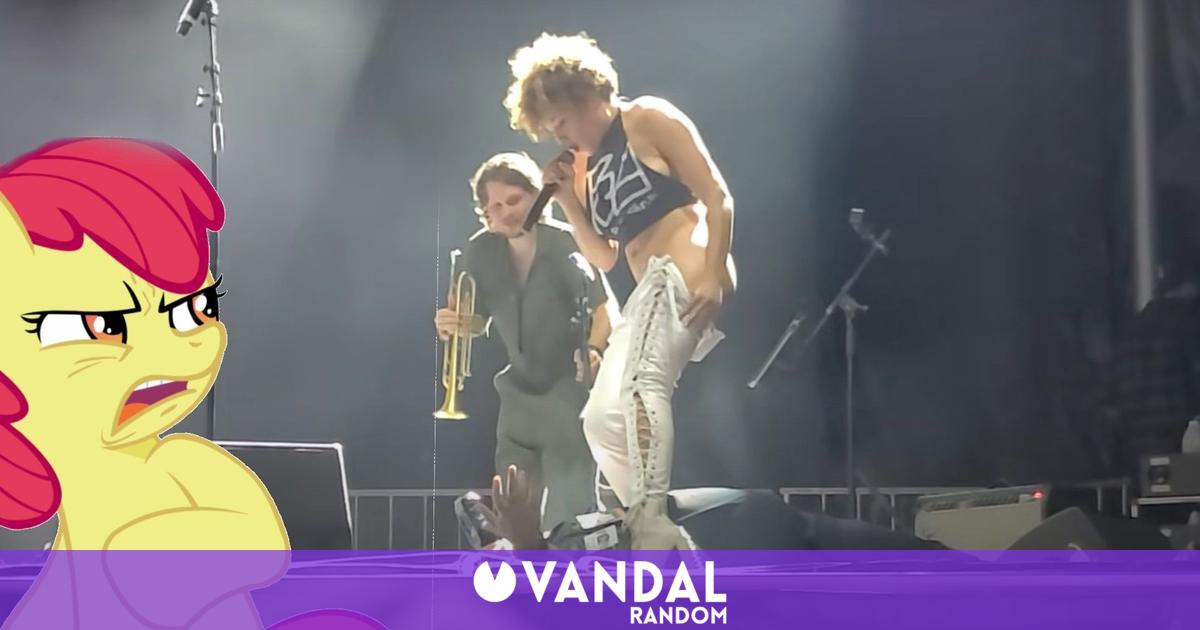 When you think you’ve seen it all after reading that flies vomit As it perches on our food, life comes in and slaps us into reality while screaming at us: “It could be worse!” And then we are left with no choice but to nod, rub our cheek, and admit that it may indeed be worse. And so much. This week we saw how the singer of the group Brass Against, Sophia Urista, decides that everything that is more than five meters away is not worth it: and that includes the bathroom. So i decided use the mouth of one of the assistants to urinate. You can see the moment (at your own risk) from minute 3:13.

Sophia Urista, the enemy of the bathrooms

As reported from the portal Those of the Music, Brass Against is a rock group that is responsible for covering songs from RATM or Tool. Urista is, in addition to the singer, the leader of the band … and he did not hesitate when it came to take a moment of the song Wake Up to ease your urge to urinate in a fan’s mouth. The best of all is that the concert did not stop even for this: Urista continued doing the choirs and, as they say, show must go on.

The timing, by the way, is quite surreal: at a certain point in the concert, Urista wants to go to the bathroom. But we have already told you that everything that is more than five meters away is not worth it, so he appealed to those present. We can see how a fan happily takes the stage and lies down to serve as a human urinal for the singer. When Urista finishes, the volunteer stands up and decides to splash the crowd with the rest of the pee that was on the ground. You are speechless, right? Me too.

“Sophia got carried away”

“Sophia got carried away”, They have been the first statements of the band when pronouncing on what happened, that they have described as something “unexpected”. They point out that they do not believe that it will be repeated in future performances so, in short, just in case someone was willing to offer themselves as a tribute … it is good that they do not feed the illusions of the spectators. The event occurred during the Welcome to Rockville festival in Daytona Beach.

Brass Against singer peed on a fan’s face