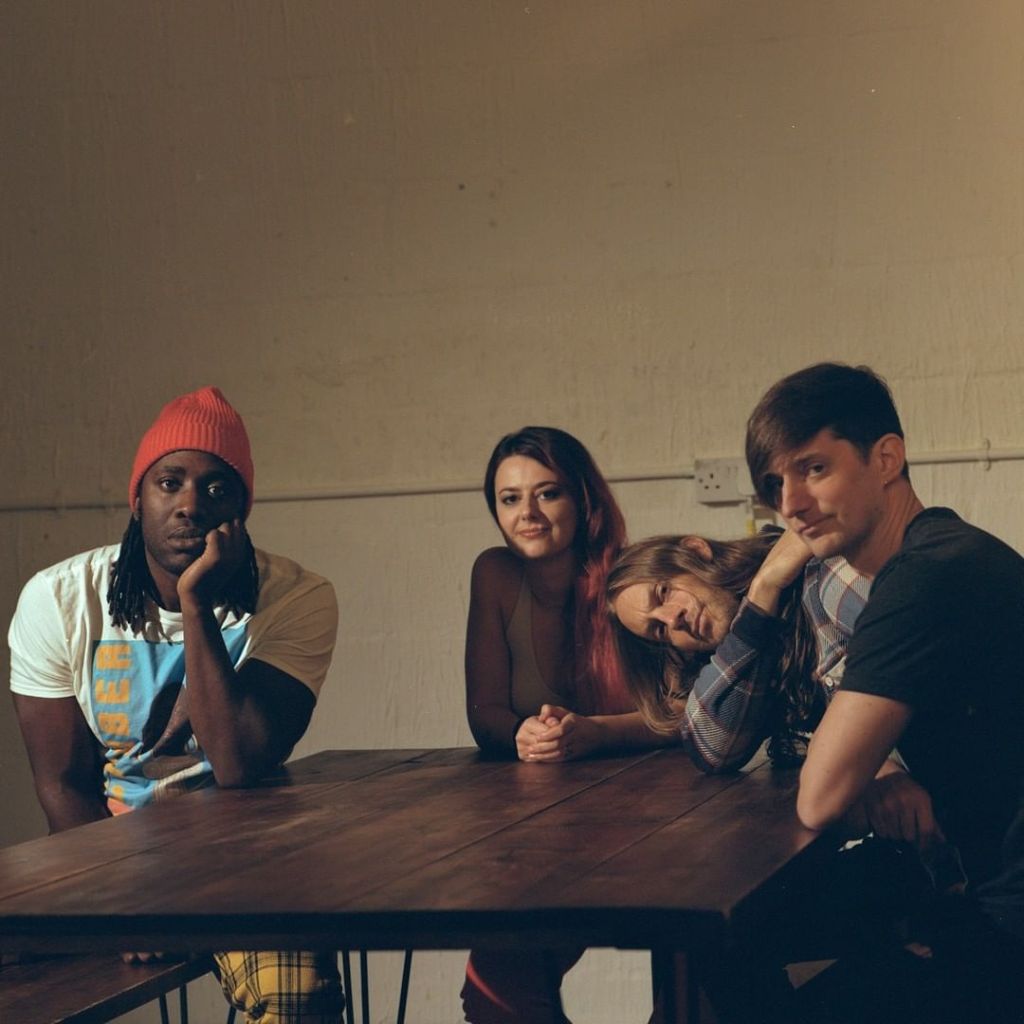 Block Party releases his sixth studio album, Alpha Games, and the second after its reconfiguration as a band. You have to remember that Matt Tong and Gordon Moakes (drums and bass respectively) left the band before they worked on their fifth album Hymns (2016). And as expected, the change has been substantial.

Kele Okereke and Russell Lissack they stayed with the direction of the band and added Louise Bartle and Justin Harris to play live on tour silent alarm Live, which eventually resulted in the quartet managing to adapt to generating new music. For this installment, the band teamed up with producers Adam “Atom” Greenspan and Nick Launay, who have worked in conjunction with IDLES and Nick Cave & The Bad Seeds.

The portrait of the history of changes andn Bloc Party

the dozen songs tells us about the trajectory of Bloc Partya band that, after an acclaimed debut album and a great second album, began to mutate in their sound experimenting from analog to digital and backwithout really finding the balance achieved on their first two albums.

The album opens very hard with “Day Drinker” Y “traps”, two songs that inspire by the force and the games between guitars in Russell’s riffs, in addition to the melodies and speed in Kele’s voice, which we missed from his early years and partially achieved in Four (2012) with topics like “Octopus” Y “We Are Not Good People”.

Everything is going well, however the band gets into trouble by showing us their more experimental side, one that we had a hard time digesting in Intimacy (2009), in which they played with effects on Kele’s voice and synthesizers that did not always sound comfortable in the rock band that incorporated them. This is replicated in songs of this new album, as “Sex Magic” Y “Rough Justice”which sound more like Kele’s solo project than the band.

Of course, a song like “By Any Means Necessary” sounds like a b-side or maybe something that would belong in a different project. But remembering the 2009 album, it makes sense that they work so much in the digital field.

Perhaps the songs that work best for the band are those in which they appeal to balance between intensity and moderately danceable rhythms. And from time to time, they surprise with some dialogue between guitars or catchy melodies in Kele’s voice.

“This Modern Love” Y “I Still Remember” they have been cornerstones for this, with incredible lyrics by Kele and although the comparisons are unfair, the band has looked for the elements of those types of songs to achieve some of their best songs.

This happens in Alpha Games, with rolls like “You Should Know the Truth” in which they incorporate backing vocals and even highlight Louise’s feminine timbre, which is fresh in a band that hadn’t added women to its lineup. Also, “The Girls Are Fighting” It brings novel elements such as the response of Kele’s voice and a group that can work quite well live, added to the best sample of Russell on the guitar, something that was missed.

If we love something about Bloc Party, it is its ability to transmit emotions to move its audience, something captured (we seem like a broken record, we know) on his first two albums masterfully. And also largely in the Four. For this installment, we only noticed glimpses of themes that hardly even seek to move, contrary to what we had been used to.

“Of Things Yet to Come” and “If We Get Caught” they are the most pleasant in this sense, in which even Kele’s modulation delivers concise messages about human relations, the consequences of actions and, specifically, they transmit love towards whom they are directed. In these songs, the attempt to transmit the feelings that Bloc Party has raised throughout its discography and with which we feel less disorientation is clearer.

The complicated of a new path

It is not easy to continue with half of the members a path through a band that took the creativity of the four to generate themes in which there were specific parts with their own personality on drums and bass. Now, we notice more than Bloc Party bets that the band’s sound will revolutionize and results in the four parts that make it up delivering songs in which the elements are balanced.

This, throughout Alpha Gamesworks as a hope of what may come for the English, since at times it feels like Russell and Kele are in charge of the excitement, beyond the contribution on drums or bass… although the new background voices, particularly from Louise, are quite refreshing. Here we leave the tracklist and cover: