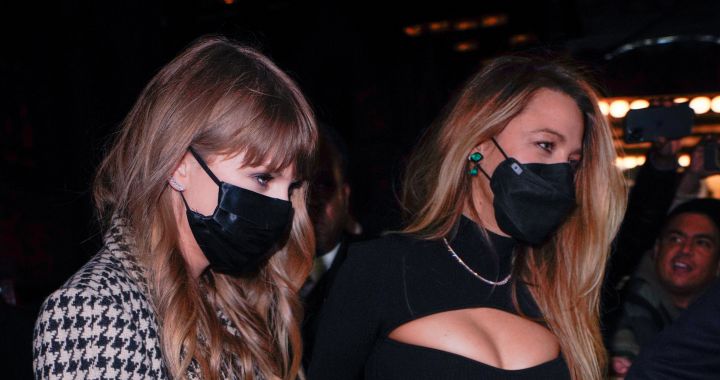 Taylor Swift she’s very active lately. Since he released his album Red last week, he has not stopped leaving us surprises and continues. Now announce a new video for today and with a big surprise: Blake Lively.

At the moment she has only shown a few seconds and we do not know if Lively will be one of the actresses, but we do know that this video will mark her directorial debut. She and Taylor have written the script for this new piece. that we are looking forward to seeing. The singer is not the first time she has been in front of one of her videos, but it is for her friend.

“SURPRISE! NEW MUSIC VIDEO at 10 am ET 🚨 I was finally able to work with the bright, brave and wickedly funny @blakelively in her directorial debut. Join us while we make a toast and a little hell, “wrote the singer in her social networks.

And, for now, the only thing we have been able to see is a very white wedding cake, although red inside. And nothing to cut it with the traditional dagger held between the bride and groom, no, here with their hands with a violence that already lets us guess that in this video nothing will be what it seems.

Not only us, there are many who want to see the result of this union. And although we have not been able to see it in Taylor’s comments, because he has them disabled on Instagram, they have left them on the actress’s profile.

This video comes after All too well, the short film that he presented last Friday of another of his new songs and that has as protagonists Sadie Sink (Stranger Things) and Dylan O’Brien (known from series like Teen Wolf and movies like Maze Runner).

It is clear that music and cinema are increasingly united in Taylor Swift’s videos. What will you have us prepared for today? At the moment he has not even left us the title.