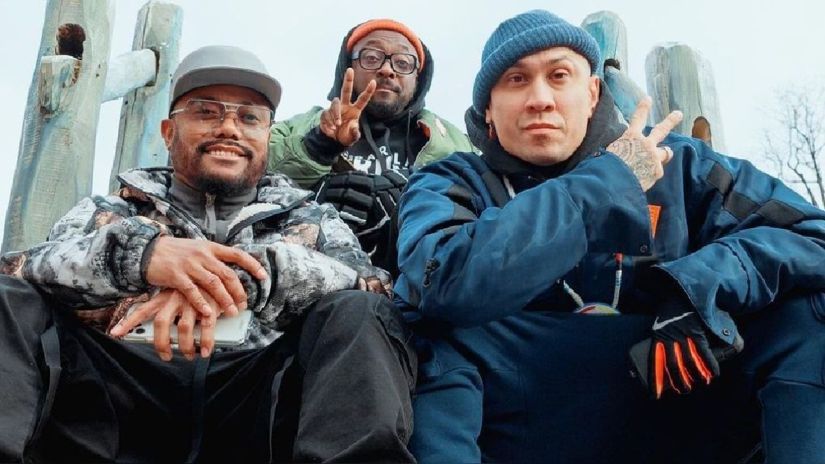 Next October 2, Black Eyed Peas will mark a new milestone in their already long musical career by offering a concert from a unique enclave: the Egyptian pyramids. In “Where is the Love Stream – Black Eyed Peas,” members will.i.am, apl.de.ap, Taboo and J. Rey Soul will perform their most iconic songs in streaming.

Followers of the American band Black Eyed Peas You can now purchase your tickets and VIP passes for the historic concert through the LIVENow platform.

“During the year we have missed the stage and our fans. We are incredibly proud to be able to perform from the pyramids of Egypt, and also to be able to broadcast it live to our fans around the world,” says singer will.i.am Aware audience has “missed live music as much as we have.”

“That is why we are eager to celebrate and dance with all of you, wherever you are,” says the artist from Black Eyed Peas that together with his three companions will offer a unique concert from one of the most historically rich places in the world in a performance that the band intends to be “an international celebration of music, love and unity”.

In addition to the hundreds of thousands of fans who will follow the concert in streaming from all over the world, on October 2 in Egypt the musicians will also be accompanied by a thousand lucky fans who will enjoy hits such as “Shut Up”, “Let’s Get It Started” “Boom Boom Pow”, “I Got A Feeling” and, of course, their now classic “Where Is The Love? “

The tickets purchased will not only allow you to see sing Black Eyed PeasBut they will also be able to see previously unreleased behind-the-scenes images, access to the live broadcast from the anteroom on stage, an exclusive piece of digital art signed by the band, and one of 200 limited-edition lithographic illustrations.

On the success of the Black Eyed Peas

With more than 35 million albums sold in his 25-year musical career, Black Eyed Peas It is one of the most successful groups that accumulates, among other awards, a total of 6 Grammy awards.

(With information from Europa Press)

Are you one of those who stays for hours watching what’s on streaming platforms and in the end you end up seeing NOTHING? If so, don’t worry, you are one of us, so we made this episode with you in mind. We recommend you WITHOUT SPOILERS what to watch on Netflix, Prime Video, HBO Max and Disney + so that next time you don’t spend time searching and have the fixes. Of course, none of the members of this podcast coincide in their tastes … so variety is assured.