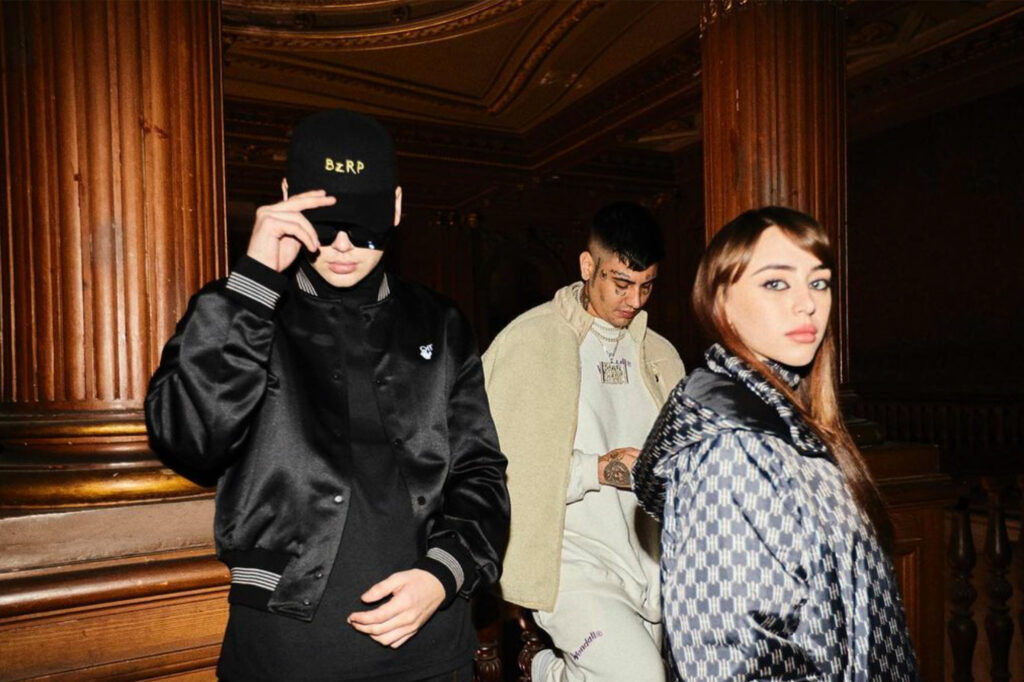 Bizarrap completely changed the idea of ​​how the music industry works. Since its setup it has become one of the top producers in 2021

Long ago, artists waited for a transnational label to welcome them under the great magic layer of making hits in order to break it. Now, in a 2021 (pandemic), the new promises make hits first. They break it on social networks and in the end a label signs them to bill millions worldwide. At least that’s what happened with Bizarrap. Argentine producer known for producing sessions from his bedroom. Who is celebrating 10 million subscribers with a song with Duki and Nicki Nicole

“Yamefui” is one more song digestible than any of Bizarrap’s past installments, but that character more popero it does not detract from the final product at all. The single has a solid foundation, with a synth sequence. Very enjoyable and somewhat addictive. Suddenly, the Latin representative of the autotune, Duki, with this “instrument” that has become his personal signature. On the other hand, Nicki Nicole’s voice that contrasts with the whole synthetic side of the song, with a silky, sweet and clean voice.

To the detriment of harsher rhymes or freestyle hardcore of this topic, it could be positioned as the most “commercial” achievement of the formula. It could well be a version very close to a Drake track in Spanish. All in all, a great way to celebrate Biza’s 10 million YouTube subscribers; the main medium by which Bizarrap’s music has been consumed over the last few years.

We recommend: Lil Uzi Vert is close to buying a planet

As a core part of the pitch, there is the visual work that accompanies the roll. Filmed in Spain, the country where the three Argentine stars are currently. The cinematography was carried out by Portela from Buenos Aires and Vignale in Barcelona. He mixes shots of the trio in two of the countries where hip hop and trap have triumphed the most.

The video clip captures the majesty of the boys’ story. Who started from under from the South American country and now they live the dream in Europe. To emphasize this idea, it is enough to see the following shot in which Nicki flies as if it were a video clip of Spike Jonze, with Bizarrap sitting in the background, on the stairs of the mansion.

Did the conquest of the Copa América have anything to do with the creation of the song?

Some media have handled the information that “Yamefuí” is the artists’ response to the bet made by Bizarrap and Duki during the final of the last Copa América that Messi and Argentina conquered.

Beyond that Messi himself recently followed Biza. The song stands out, in its own way, from the famous Music Sessions to which Duki already has an invitation, as this tweet from the producer himself indicates.

The rise of Biza

“El Biza”, as the Argentines say to this barely 22-year-old producer, went viral thanks to the Freestyle Sessions that he launched since 2018. In them, he presented figures from the Argentine scene such as Dani, Trueno or the mythical Kcode. In 2019, he launched his first Music Session. Roles with “established” choirs, but that maintained the aesthetic of home productions, with surprising professional studio sound.

After growing exponentially, in 2020, Bizarrap was signed by Warner Music for the distribution of their music and also became an ambassador for Spotify. It currently has 2 billion views on the streaming platform alone. His session with the Mexican-American Snow Tha Product became highly viral and in 3 months he already has 109 million views.

While Bizarrap, Duki and Nicki Nicole celebrate that together with María Becerra and Tini they are the Top 5 in Argentina on Spotify. “YaMeFuí” ranks as the # 4 trend worldwide on YouTube and in 22 hours it already has 10 million views. These millionaires under 25 show that the industry is changing. It will never be the same again. The future is today, you understand, old man?