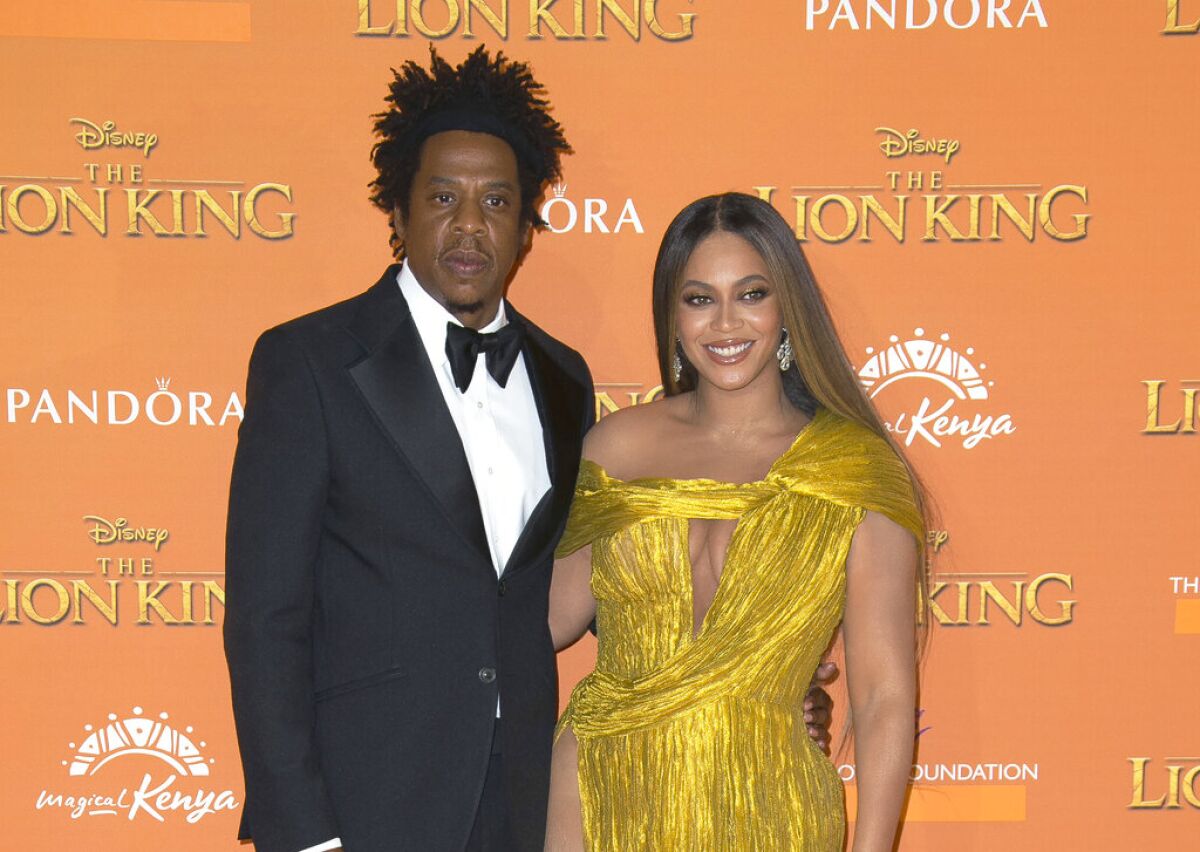 Beyoncé has hit the Grammy stratosphere: The singer received nine nominations on Tuesday, tying her husband Jay-Z for the most-nominated artists in the awards’ history.

Nearly half of the year’s top nominees, announced by artists such as Olivia Rodrigo, John Legend, Machine Gun Kelly and Smokey Robinson, are women and more than half are people of color, according to the Recording Academy. The Grammy ceremony will take place on February 5 in Los Angeles.

“This makes me very proud, but it also makes me aware of the fact that we have to keep up the work that we’ve done,” said Harvey Mason Jr., the CEO of the Recording Academy. Mason added that progress has been made on the voting system and increasing the membership of the academy, but he believes that more progress can still be made.

“This year I am pleased with the result and the work that the voters did,” he added. “We have almost 13,000 voters now. It is really an important job. I’m pleased to think that you spent time listening to the music and evaluating it. I think it shows because of the kind of nominations that weren’t just for popular music or music that has a lot of plays. It’s just great quality music.”

The academy added an award for song for social change and five new competitive categories, including songwriter of the year, which Mason said will help diversify the 65th annual awards.

The non-classical composer category will recognize an individual who has been the “most prolific” composer, without being a performer or producer, for their new works during one year of eligibility. The approach is different from the song of the year award that recognizes the composers of the lyrics or melodies of a song.

Mason said implementing the songwriter category is a major step forward for the music industry. Last year, an update to the rules allowed any songwriter, producer, engineer or artist on a work nominated for album of the year to be nominated.

“The academy and the voters have placed great importance on the art of songwriting,” Mason said of the new category in which nominees include The-Dream, Amy Allen, Nija Charles, Tobias Jesso Jr. and Laura Veltz. “Personally, as a songwriter, I’m glad to see it being an important part of our process. We realize that compounding is at the heart of our industry. It is one of the blocks in the building of the career of each artist”.

Beyoncé, the most decorated woman in Grammy history with 28 awards, could break the late British-Hungarian director Georg Solti’s record for the most awards if she wins four Golden Grammys in February. Solti, who has 31 Grammys, has held the record since 1997.

For the first time in Beyoncé’s award-winning career, she is nominated in the dance category. Her seventh studio project “Renaissance” is up for best electronic dance music album and “Break My Soul” is nominated for best electronic dance recording. His other nominations include Best R&B Song for “Cuff It,” R&B Performance for “Virgo’s Groove,” Traditional R&B Performance for “Plastic Off the Sofa,” and Song Composed for Visual Media for “Be Alive,” his Oscar-nominated song from the soundtrack of “King Richard” (“King Richard: A Winning Family”).

Merrill received two nominations in the Record of the Year category for the second year in a row for his work on Adele’s “Easy on Me” and Styles’ “As It Was.” It was also his first year triple-nominated in the album of the year category.

Other nominees for album of the year include: Adele’s “30”, ABBA’s “Voyage”, Bad Bunny’s “A Summer Without You”, Mary J. Blige’s “Good Morning Gorgeous” deluxe version, “In These Silent Days” by Carlile, Coldplay’s “Music of the Spheres,” “Mr. Morale & the Big Steppers” by Lamar, “Special” by Lizzo and “Harry’s House” by Styles.

Songs competing with “Break My Soul” for record of the year include Styles’ “As It Was,” Doja Cat’s “Woman,” Adele’s “Easy On Me,” ABBA’s “Don’t Shut Me Down,” Good Morning Gorgeous” by Blige, “Bad Habit” by Steve Lacy, “The Heart Part 5” by Lamar, “About Damn Time” by Lizzo and “You and Me On the Rock” by Carlile featuring Lucius.

Three of Jay-Z’s nominations were for DJ Khaled’s “God Did,” a song featuring Rick Ross, Lil Wayne, John Legend and Fridayy. The song is up for best rap performance and rap song, as well as song of the year. Jay-Z is also nominated for song of the year as one of the songwriters for Beyoncé’s “Break My Soul.” The rapper received an album of the year nomination for his work on “Renaissance.”

Marilyn Manson: what happened at a concert and what was the aggression that motivated the musician t...
We almost see them! Arctic Monkeys releases the video of the concert where they premiered some song...
Lupillo Rivera and the images of his concert where there are heads of a drug cartel in Mexico