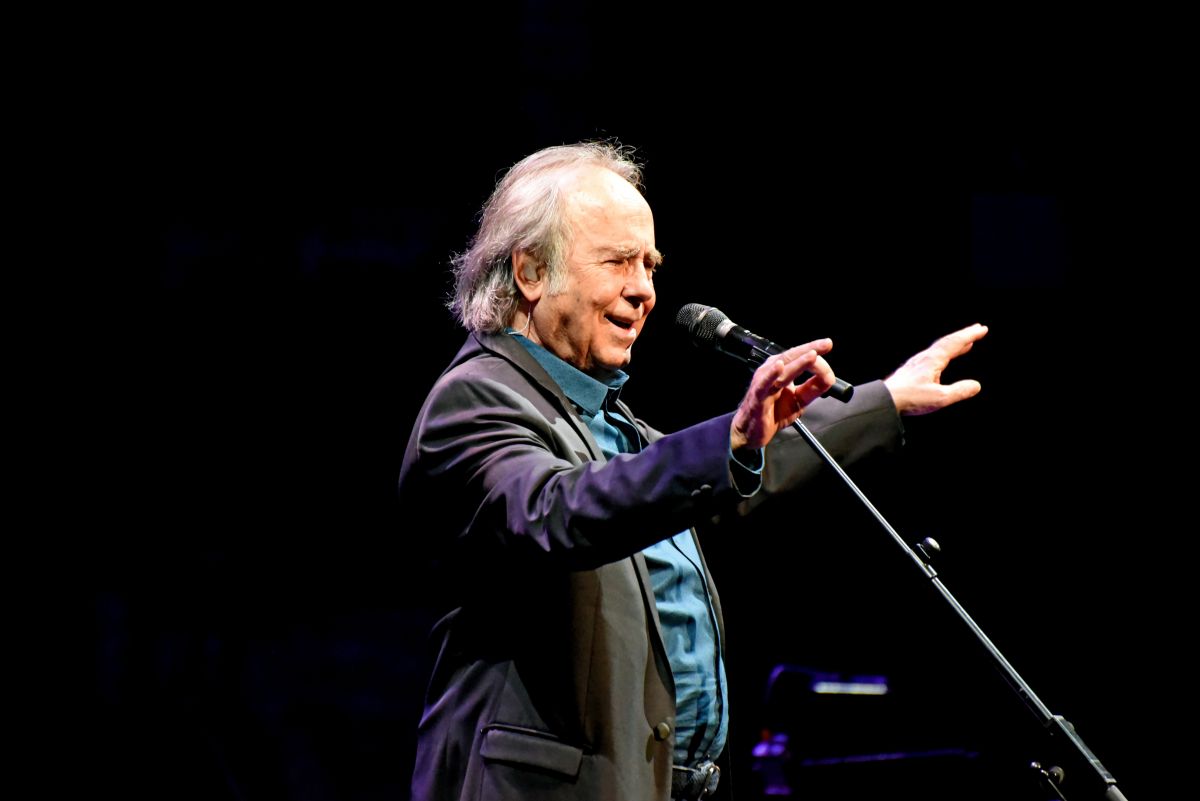 That Joan Manuel Serrat, the “lying singer”, is making his farewell tour is unfortunate news, not only for his fans, but for art in general. Those who still value the lyrics in a song have surely been orphans for a long time before the current “music”, where everything passes and nothing remains.

The very cold night of Wednesday, April 27, the Catalan kicked off his goodbye tour to a full house at the Beacon Theater in New York, “The vice of singing 1965-2022”. In this city he sang for the first time in 1976, when he had already been in his career for at least two five years. Here now he resumed his descent of candles: like all Serrat passed “two or three years without singing” due to the pandemic. And at some point in that unprecedented global parenthesis -the previous one was when he was born in 1943, in the middle of the Second World War- He made the bittersweet decision to retire. The tour is scheduled to end on December 23 –of course- in his native Barcelona.

“Memories are not sincere”, said that night ‘el Nano’ or ‘the boy from Pueblo Seco’ -his native neighborhood-, as he is also known. With that caveat and between jokes, he narrated anecdotes about his industrious mother, about his father who turned 43 years old that night, and about his three adult children.

Serrat belongs to the select group of Ibero-American singer-songwriters -such as Sabina, Yordano, the Cano brothers, Blades, Guerra- who, without having a great voice, created classical compositions that could well be stories, poems, editorials, manifestos or stories. None of them is perfect -nobody is- in their ideologies and positions, less when so many decades are accumulated with shocks in the world.

In fact, Serrat has defended the Chavista dictatorship of “fair and open elections” that ruined Venezuela; and has criticized the “excessive pressure” against the Castros in Cuba, when at the same time he proclaimed in a song that many “have not found out that Karl Marx is dead and buried.”

But his talent wins by far. “Night falls and our miseries go to sleep…”

Baptized –Penélope, Benito, Lucía– or generic ones like the mother-in-law “Señora”, “those crazy little ones”, “the walker who heard the poet scream”, the life that “from time to time kisses us on the mouth”, the child happy “when he leaves school”, the “every crazy person with his theme” or the boyfriends who “were fifteen years old”, Serrat spent decades creating characters of love, nostalgia, despair, irony, misery, tenderness, homelessness, street and tavern , which could well be us, the neighbor, the beggar on the corner or the one who, without having met him, we do not doubt that he exists.

As he so well explained on Wednesday, a song is a “marriage of convenience” between lyrics and music, “a coffee with milk, that once mixed cannot be separated”. In your case, fortunately. In others, by bad luck.

“It’s over. The sun tells us that the end has come. For one night he forgot that each one is each one…”

Between hello and goodbye: Serrat began his farewell tour to a full house in New York