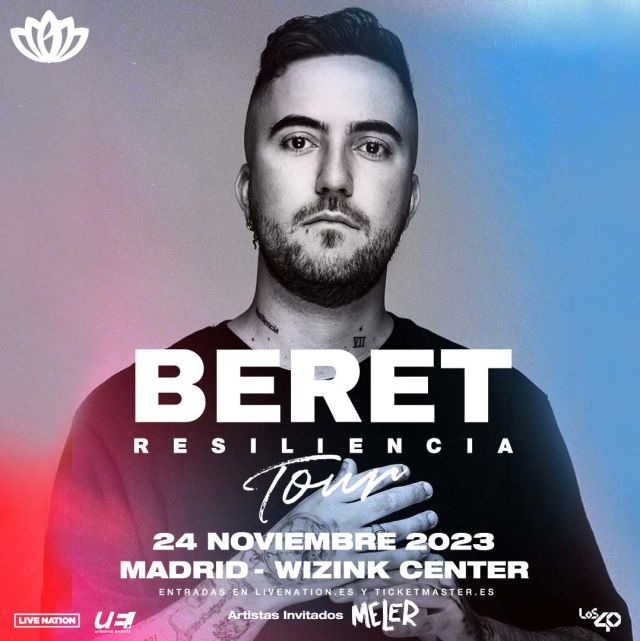 Beret lives one of its most exciting musical eras. In mid-November he launched Resilience, his second studio album that has become the great work of his career (for now). Each and every one of the songs that are part of this project are the daily soundtrack of all his fans, who have praised the effort of their favorite artist on more than one occasion.

Thus, the Sevillian wants to return the affection on stage. Specifically, about the WiZink Center in Madrid. Beret announces the concert to present his album, which will take place on November 24, 2023 with LOS40 as the official station. And not only that. The Meler boys will be in charge of opening the night with their show.

So if the music of our protagonist is part of your day to day, sign it up so you don’t miss it. Tickets will go on sale on Monday, November 21 from 10:00 a.m. at LiveNation Y ticket master. Although if you are already registered, You will be able to access the exclusive pre-sale on Friday, November 18 from 10:00 a.m.

Resilience It is one “one of the most important and intimate albums of his career”as indicated by our partner Alba Navarro. In fact, the event that he organized in the Plaza de la Luna in Madrid was a clear example that everyone was looking forward to his arrival. “There is a lot of variety on this record, there are songs of all kinds. It identifies me a lot because it reminds me of many stages and moments of my life. In addition, there is a lot of relief. It is a very intimate record,” says Beret.

The album also comes with collaborations with morat, Tow, Omar Montes, lerica, malu Y Reik to demonstrate that versatility is one of its strongest points. That is why Beret has become the soundtrack for breakups, crushes, illusions and disappointments for millions of people.

Now he arrives with more strength and desire than ever to take the stage of the WiZink Center in Madrid and delight his fans with a unique and very special concert. And you, are you going to miss it? Get your ticket!

Beret and LOS40 announce the presentation concert of ‘Resiliencia’ in Madrid