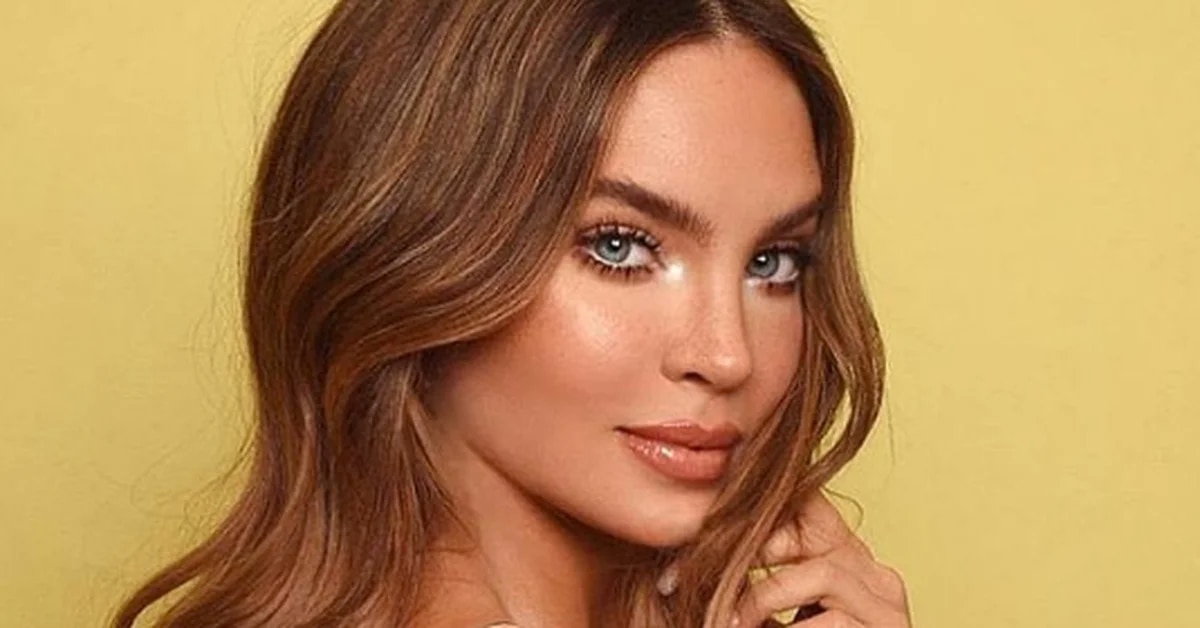 For many people the Christmas season is synonymous with sharing, reflecting and supporting others and who undoubtedly has these clear values ​​is Belinda Well, the singer shared through her insta stories a nice gesture worthy of this time.

On the eve of celebrating Christmas, The famous Mexican singer went to a hospital in Mexico City to live with children who unfortunately suffer from different types of Cancer. With a outfit black and carrying a teddy bear, the interpreter of Light without gravity It was received by the infants and their families with cheers and ovations.

Belinda’s solidarity and empathy were reflected when she gave the children not only various toys but also, before him medicine shortage that has existed in Mexico City, the singer opted for give them boxes with chemotherapy treatments for their disease to all the infants who accompanied her.

On Christmas Eve, Belinda shared her time with children who are in a vulnerable situation due to their illness. (Photo: Screenshot Instagram stories / @belindapop)

Later, to celebrate the event, the singer and the little ones tasted a cake; one by one they approached with the beautiful green-eyed girl to receive their gifts, his slice of cake and take pictures. At each meeting, Belinda used the occasion to give a message of hope to the little ones who are in a tough battle against cancer.

“I want to ask you do not lose faith, because faith moves mountains. They have to promise me that they are going to give them all their desire and that next year I will return and everyone will be better, “said the actress through her stories in instagram.

Belinda assured the little ones that the medicine he was giving them would be enough to cover at least two months of their treatmentHowever, he also gave them blankets and clothes.

With the promise to return next year the protagonist of the children’s soap opera Sidekicks to the rescue He explained that he will continue with the social work day that he is doing this year, because during the next few days it will continue to distribute goods and love to people who are in difficult or vulnerable situations.

The most human side of the singer was seen when she shared with children with cancer not only physical gifts but also hugs and displays of affection. (Photo: Screenshot instagram stories / @belindapop)

The charisma and humility of Belinda have made that through the years she has won the hearts of her entire audience, however, this It is not the first time that the singer performs this type of altruistic gestures.

Since the beginning of the month the interpreter of The frog dance He has been seen with his current fiancé Christian Nodal doing charitable activities. On Saturday, December 11, the couple was caught delivering toys to immigrant and low-income children in California, United States, reported Wake up America. It was Belinda who, as is customary, shared through her social networks the happiness generated by having this gesture with the little ones.

“For this I am happy, I am very happy to have shared this moment and give you a little love and happiness”, Said the native of Spain to a reporter.

The solidarity of the singer has been reflected throughout her career in different altruistic gestures that she has made for people who are in difficult situations. (Photo: Screenshot instagram stories / @belindapop)

Another of the noblest gestures that the singer has had with her audience and for which many surely remember her, was his participation as a brigade member in the earthquake that struck Mexico City in 2017. The images of Belinda wearing a construction helmet and a shovel went viral and left more than one speechless who classified her as a “strawberry and delicate girl”.

During the catastrophe the singer also bought and collected food for the victimsHe also used his social networks to share information about the disaster areas and to raise awareness and invite all his followers to join the cause.

Through the years Belinda has captivated her audience with her great career as an actress and singerHowever, its presence in the entertainment world leaves a great lesson for everyone, as it shows us that Not only do you need great talent and unmatched beauty to succeed, but empathy and solidarity play an important role. to enter the hearts of his fans.

This was Belinda’s joke that made Christian Nodal angry
Alex Hoyer spoke about his alleged relationship with Danna Paola: “We are understanding each other”
Juanpa Zurita and Ed Sheeran went viral on networks with a funny TikTok