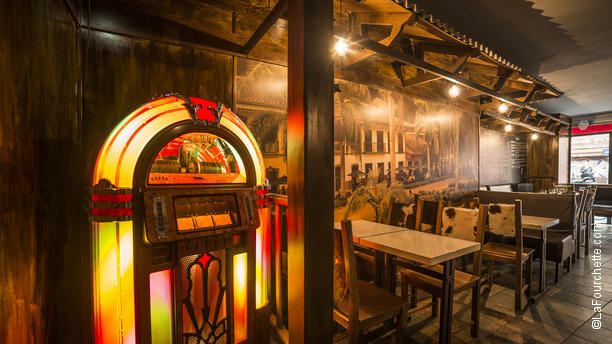 Behind the music: the memories of the victrolas (+ Audio and Video)

Photo taken from the Internet

Yesterday I went to the house of my friend Juan Antonio, who invited me to lunch and that cannot be ignored because the partner has his wife Marta Aleida, an outstanding disciple in the culinary art. Absolute expert in the difficult chapter of cold salads.

They live on 58th Street in Playa and visits there are always governed by many common memories in all spheres, since they are both good talkers and they love the delight of a good tooth.

In the case that concerns us, the preamble and the post-lunch was headed by the past program of the victrolas, a space that they listened to and where the imagination overflowed in his case, since she is more select in her musical criteria.

Juan Antonio says that in his childhood, by the way close to where he still lives, he lived pending the errands that his old men imposed on him and the returns he received, since he needed many means or nickels to satisfy his interest and listen to fashionable themes.

For those of today it is probably necessary to repeat that the victrolas were a kind of commercial turntable, especially placed in almost all bars, so that the patrons would crush themselves in their pain of love or in gloating over the joy of the latest conquest. For the modest amount of five cents or a nickel (language of those days), you could listen to the song of your choice or, I suppose in my case, rehearse what in the future would be one of the reasons for my life. It was probably in my roots.

Listen and download the radio proposal in our Ivoox Channel

Well, Juan Antonio listened to the last program and asked me in particular to take into account Fernando Álvarez, in one of the most important boleros on the Cuban curriculum. The immortal page of Rene Touzet that Fernando acted, did not sing.

Juan Antonio remembers with great affection how in his neighborhood there was a pawnshop, a place where he went to solve an urgent monetary problem, where one day a client left a victrola and could not pay off the debt. The owner of the premises did not know what to do with the device and someone advised him to put it into operation to move his business, in addition to brightening the life of the neighborhood.

It was a total success. Juan Antonio tells me how many means the idea cost him, exactly the same as me, because his constant struggle was to get the right change for that task. His interest reached such an extreme that he and his friends became regulars of the house, with the logical addition that many times the owner pleased them without demanding money.

Things from those years. That is why today Juan Antonio has asked me for a song to remember those moments of his more and he wants to do it with a special dedication to his old man and of course also to the Bárbaro del Ritmo.