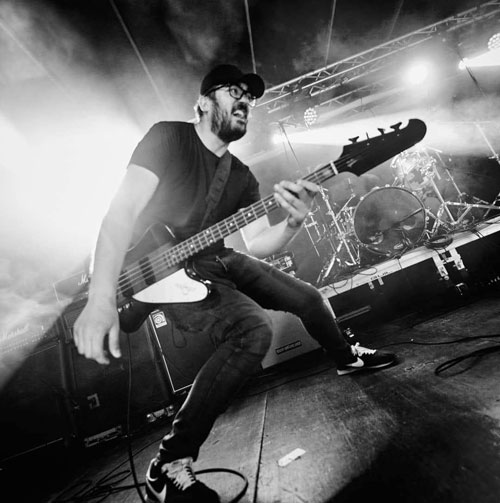 Below is a video of BEHEMOTH performing on the roof of the Palace of Culture in Warsaw.

This is the review of the album, written by J. José Jiménez.

More details and the singles appeared in this block.

They will play in our country beside ARCH ENEMY, CARCASS Y UNTO OTHERS.

The band will visit Latin America in November with ARCH ENEMY.

KELDARK They have released an animated video for the song “Moctezuma’s Revenge”.

The band comments: “The song narrates with a funny tone the experience of the three brothers in Mexican lands during the first tour they made in the Aztec country in 2017. The legend of the Revenge of Montezuma account that every Spaniard who steps on Mexican territory will pay for the betrayal suffered by the Aztec emperor Montezuma after trusting the Spanish conquerors. If you want to know what this curious revenge consists of… you will have to watch the video…

In the same way, the video clip is an acknowledgment to all the people who made possible, in one way or another, the more than 20 concerts of KELDARK in Mexico between 2017 and 2018, and especially to the Mexican people for receiving and welcoming them as “carnal”.

In the clip you can see, among others, the characters that represent Save Hache (ex-bassist of ZENOBIA), Victor de Andres, Patricia Pons (SYNLAKROSS), Nadher Ruiz (manager in BLACK HEAVEN) or the recently disappeared Adam Brown (AM Agencia), the manager who took them to Mexico for the first time.”

The band released their latest work “The Brotherhood” in November 2018.

More details in this block.