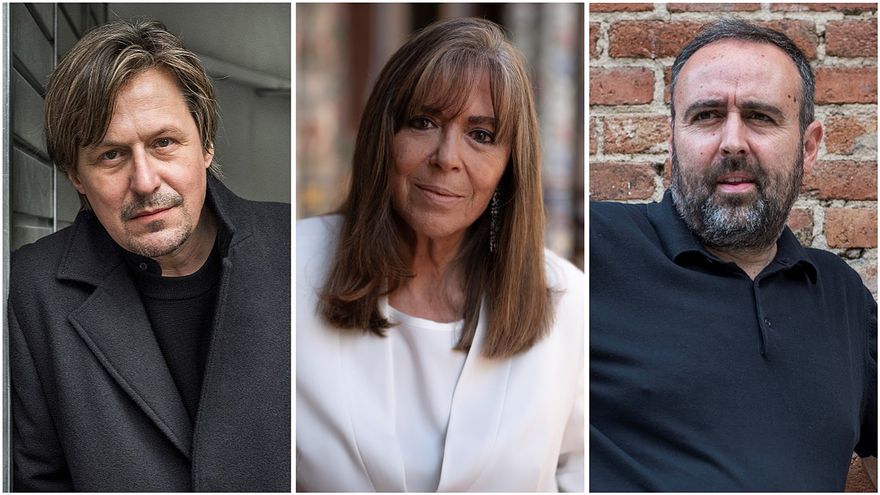 Now that the pandemic is raging once again, Barnasants takes a deep breath hoping that the restrictions will be lowered when, On January 22, the reunited Brams will open their 27th edition at the Joventut theater in L’Hospitalet. Extensive programming, with a hundred concerts, of which 70 will be premieres and ten, own productions, including most of the significant names of the author’s song in Catalan (from Roger Mas to Maria del Mar Bonet), as well as prominent figures on a Spanish scale (Nacho Vegas, Javier Gurruchaga, Juan Valderrama, the farewell of Pablo Guerrero) and international, like the totemic Greek singer Maria Farantouri, in her tribute to the recently deceased Mikis Theodorakis.

Given the new restrictions, of uncertain duration, the festival proposes “Keep concerts to preserve workplaces and offer a window of oxygen to citizens & rdquor ;, Its director, Pere Camps, underlined this Thursday at the presentation of the new edition at the Albareda Cultural Center. The festival will last until May 20 and the concern points, above all, to the concerts in January and February, threatened by the reduction in capacity to 70% and by a closure of nightlife that would affect two of the stages, Luz Gas and the Harlem Jazz Club. To the hundreds of concerts presented, all in Catalonia, another 50 will soon be added on the Valencian and Balearic stages.

This year’s motto, ‘We, the Barnasants’, is a nod to Fuster’s centenary (author of the book ‘Nosaltres, els valencians’), axis of the music-theater concert by Pau Alabajos, on May 8 at the Teatre-Ateneu de Tàrrega. A own production to which others will add, such as that of the 25th anniversary of Quimi Portet’s solo career (Auditori, April 7), the tour of the work of Luis Eduardo Aute and Silvio Rodríguez by Joan Isaac and Sílvia Comes (May 5, Luz de Gas) or the tribute to the poetry of Gabriel Ferrater, by Meritxell Gené and Estel Solé (Teatre Auditori de Sant Cugat, May 20).

Specific proposal of the festival is also the recital of Maria Farantouri, on April 22 at the Joventut theater in L’Hospitalet. That stage will welcome voices like Marina Rossell (January 29), Javier Gurruchaga with the Mondragón Orchestra (February 5), the ‘cantaor’ Manuel Gerena (March 11), Ismael Serrano (April 1), Nacho Vegas (April 9) and María Peláe (May 6th). Through the Auditori Barradas, also in L’Hospitalet, will pass Joan Reig (March 5), Cristina Narea (18), Juan Valderrama (26), Claudi Gabriel Sanna from Alghero (April 3) and the Banda Obrera del Poble, union by Enric Hernàez, Rusó Sala and VerdCel (29). The premiere of Roger Mas, ‘Totes les flors’, will be at the Auditori (January 23). In Luz de Gas, the twilight of Pablo Guerrero (February 18) and the new album by Marc Parrot (May 12).

Both recitals of Maria del Mar Bonet, in homage to the reference Mallorcan folklorist Rafael Ginard, they will divert the spotlights towards the CAT (February 11 and 12). Collaboration with the Tradicionàrius festival extends to concerts such as those by Aziza Brahim with Cafè d’Alger, a project by Yacine Belahcene (March 4), Vicent Torrent, exAl Tall (6) and Jordi Batiste (May 6). At the Harlem Jazz Club, Maria Hein (February 3), Xavier Baró (March 25) or Miquel Pujadó (May 7). Adaptive programming to mutant protocols. “Hoping that we can return to 100% & rdquor ;, sighed Pere Camps. “We have the measurements and the experience & rdquor ;.