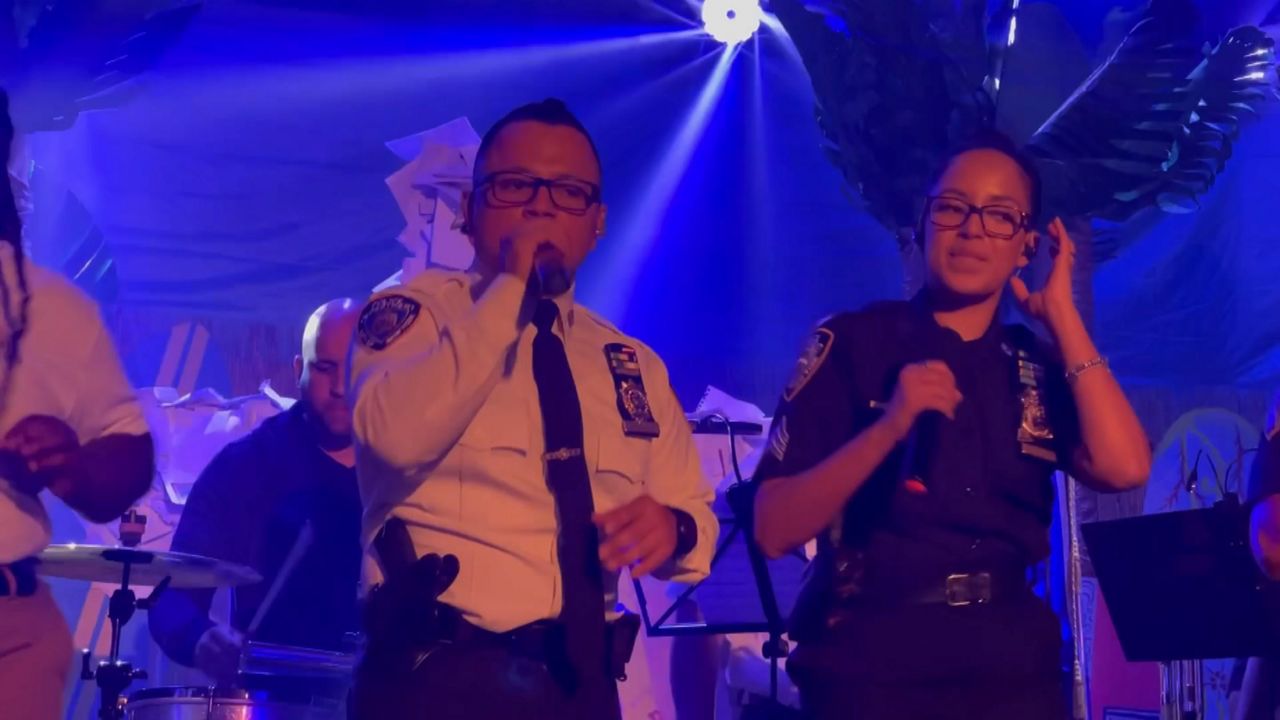 “I saw that we needed a band that will represent Hispanics in the NYPD,” said one of the musicians.

This band makes everyone dance in this Queens venue, but what makes it different is that it is made up of officers who day by day patrol and monitor the city, but who after their work shift connect with the community, playing with salsa , bachata, meringue or calf.

“I feel all the people while I’m playing, they can feel something very special, especially when I’m playing my trombone,” said another musician.

They are the band La Jara.

The idea came about in 2005 when Captain Alexander Cedillo invited several of his teammates who had musical knowledge.

“I wanted to be a musician but there came a point in my life that I had to decide: either the music or what I also want, which is the police, which is to serve the community. God wanted me to do both,” Cedillo explained.

This is how Erwin Gómez arrived, who gives voice to the musical tastes of those present at the events. A few minutes after going on stage, he says that he no longer feels nervous about singing at the different events they are invited to.

“If you get a rooster we will fight it, forget it, that’s the least of it,” said Gomez.

This band is a pride of Hispanity, since here there are people from different Latin American countries who, when they hear the ovation when they go on stage, feel the motivation to give their best interpretation.

Tonight the band plays while other policemen give school supplies to the children. But here they know that this is a good way to create trust and a good relationship between the police and the population.

“Magic, one feels very happy, we work for that, to see the reaction of the people … They realize that we are part of the community, that is our goal,” said Cedillo.

Some of these musicians have played in other bands. Each presentation is practically intuitive because due to their working hours they have very little time to practice.

Still, they are a sign of pride in the flavor of Hispanic music.