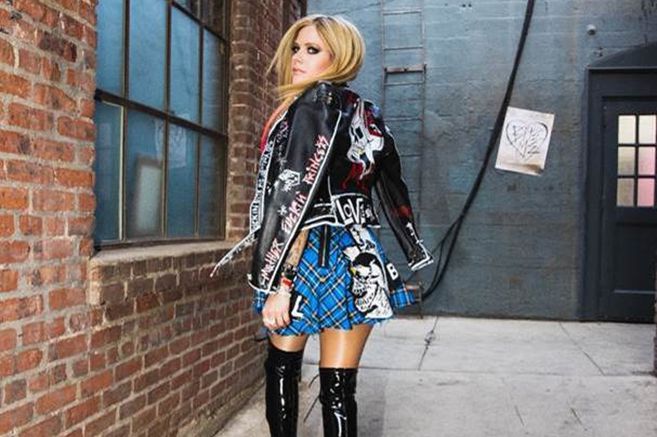 The multiplatinum star Avril Lavigne He launched “Bite Me”, his first new music since 2019 and debut on the record label of Travis Barker, DTA Records. The exciting song is now available everywhere, and to celebrate the arrival of “Bite Me,” the eight-time Grammy Award-nominated multi-platinum singer, songwriter, designer and philanthropist will offer fans the first late-night television presentation of the song in The Late Late Show With James Corden tonight.

Welcoming Avril to the DTA Records family, Barker said: “Avril and I have been friends for a long time, but I think I’ve been a fan of hers even longer! She is a real badass and an icon as a performer, composer and face-to-face. We had walked into the studio earlier this year and were having so much fun that I knew I wanted to ask you to join the DTA team. I am so excited that he is now a part of the label. I can’t wait for everyone to experience the incredible music he’s about to release. “

Avril stated, “I have always admired Travis and his work. The first time we worked together was 15 years ago on my album “The Best Damn Thing” and I really enjoyed watching him become the producer that he is today. We spent a lot of time writing songs and working together on this album, and signing with their record label, DTA felt like the perfect home for me and my new music. Travis understands my vision as a musician, my creative process as an artist, and my goals at this stage in my career. I am excited to release “Bite Me”. It’s an anthem about knowing your worth, what you deserve and not giving someone who doesn’t deserve you a second chance. “

The co-chairs of Elektra Music Group, Mike Easterlin and Gregg Nadel commented, “Avril is the rare superstar whose influence only grows with each generation. You can feel its impact on popular music and it continues to magnify itself. It all comes down to the fact that she is an incredible songwriter and dynamic performer with undeniable artistic integrity. That is true of his new music. We are excited to be working with Travis to bring his vision to life. “

Bared teeth like never before, high energy and hymn “Bite Me”Was co-produced by Barker, John Feldmann and Mod Sun. The official music video, directed by Hannah Lux Davis, is in the final stages of production. Last week, Avril shared a post on TikTok where she anticipated her signing with DTA Records with a clip of her and Travis performing a snippet of “Bite Me” that has amassed more than 10 million views and 1.5 million “likes” in solo. few days.

Avril had broken the internet earlier this year with her first foray into the platform: your post viral “Sk8er Boi” co-starred by none other than the skate legend, Tony Hawk. The clip reached an impressive 33.9 million views and generated 6.7 million likes.

Avril is scheduled to start a world tour in 2022 with dates to be revealed soon.