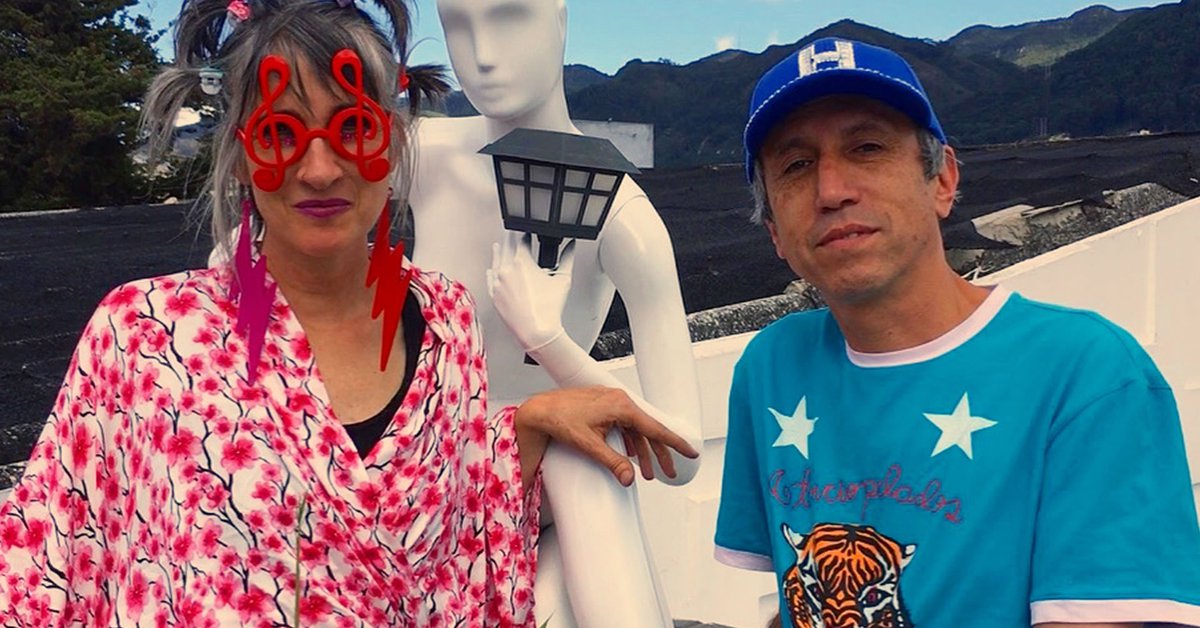 It is already more than 30 years that Andrea Echeverri Y Hector Buitrago They are in charge of the classic Colombian rock band Aterciopelados. Their importance in the musical history of the country, and their validity in the Colombian industry led them to be chosen by the organization of the 2021 Icon Awards to be honored for their more than three decades leading one of the most important groups in Colombia and America. Latin. The creators and interpreters of classics such as ‘Florecita rockera’, ‘Bolero Falaz’ and ‘El Estuche’, will have an appointment next October, in Medellín, where they will receive this recognition.

The organization of the awards announced that Echeverri and Buitrago will be the creditors of the recognition that certifies their band as ‘Icon of Rock’, “for their great contribution to Colombian rock.” Through a statement, the spokesperson for the event expressed their joy at having Bogota citizens in their October programming. “We are honored to have the presence of this legendary band, who for years have been in charge of making music with an alternative, social and protest sense regarding different issues of society.”

The couple of musicians will not only be the winners of that special award, but, in turn, will share a dialogue table at the conference that will be named “Singers and composers”. The panel will take place on Wednesday, October 27, 2021 at the Hotel Dann Carlton in Medellín. They will also sing live on the night of the gala that will be held on Thursday, October 28, 2021 at City Hall Colombia in the capital of the Antioquia department.

The Icon Awards, as explained on the entity’s website, were born as an initiative to honor the most outstanding and recognized artists, for their trajectory and impact, in the music and entertainment industry. “Rewards the glories of music that with their compositions open a universe of emotions”. Likewise, the Icon awards different influencers “That with their artistic activity they have managed to connect the world”.

In the profile made by the organization of the event on Aterciopelados, their chosen to be the most important winners of 2021, they assured that the style of the band managed to cross the musical frontier, since, in addition, they managed to introduce messages about the injustice, and they were able to talk about politics, women’s rights and even the environment. “They have moved Latin American countries that represent and sing their compositions at the top of their voices.”

Icon highlighted that Aterciopelados has under its name three Latin Grammys, and they are considered ambassadors of Amnesty International “For his commendable fight against the mistreatment of women.” It was precisely this year when they released their album Tropipop, which Andrea defined as “a cry in defense of art, women and the planet.”

“It’s like what saves you (…) I was desperate, I was depressed because of all the tours that had been canceled and the only way to be calm was to lock myself in the studio to invent songs about despair, about confinement” , Andrea Echeverri pointed out about the new album before the country’s media.

Héctor Buitrago, for his part, explained, in an interview with Radiónica, that the homonymous song on the album, Tropiplop, “It is an acid criticism of the governments of Latin America, of corruption, of the banks and of everything that is happening now. That’s why it has that name, because of what happens in our tropical countries where they want to make up everything with the tropipop ”.

Karol G, Juanes and Manuel Turizo among the best Latin music albums of Billboard
Jorge Cao says that he already looks like the grandfather of Pasión de Gavilanes