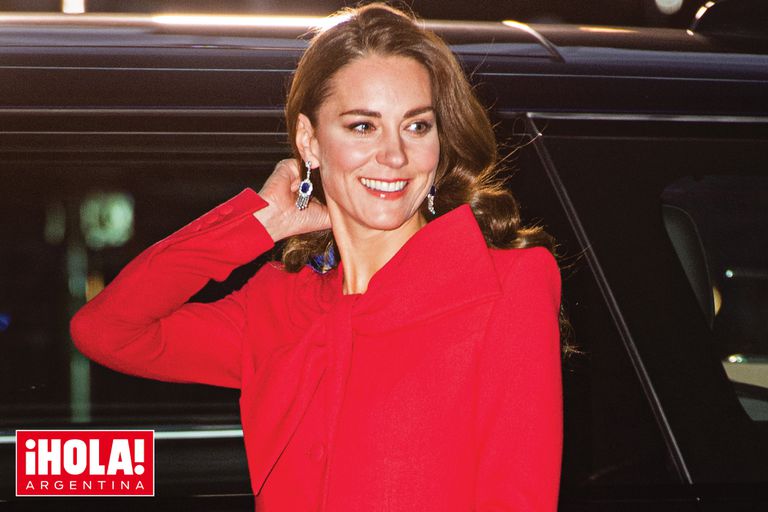 On Wednesday the 8th, duchess of cambridge anticipated Christmas at Westminster Abbey with a concert that cared for every last detail: Christmas carols, reindeer and Kate’s red-hot look evoked Christmas Eve. In addition, in his event the woman of prince William he had the support of his entire family: his parents, Carole y Michael Middleton, and his brothers, Pippa Y James. In addition to the direct family of the hostess, other members of the royal family, such as Beatrice of York Y Edoardo Mappelli, who were parents to their first daughter, Sienna, in the month of September; Eugenia of York, who arrived without her husband Jack Brooksbank, Mike Y Zara Tindall Y Sophie de Wessex. Those who could not be present will be able to enjoy the concert on Christmas Eve through ITV and not the BBC, as was initially planned, since the royal family decided to cut all collaboration with the British public television channel after the documentary was broadcast. The Princes and the Press, which delves into the relationship between William and Harry.

As soon as she set foot in the abbey, the Duchess of Cambridge struck with an in-red look and winks to various members of the royal family, like a fascinating piece of the chest: the sapphire and diamond earrings that belonged to the Queen Mother. Dressed in a red suit, she wore an original coat –also in red– created by Catherine Walker, the favorite signature of his mother-in-law, the princess Diana of Wales. An elegant bet that presents an evasé cut, long sleeves and a striking maxilla at the neck. She complemented her outfit with a Miu Miu bow front suede clutch that she debuted in 2016 and her red Gianvito Rossi stilettos that she also wore for the first time five years ago.

At Westminster Abbey. Kate: who accompanied the Duchess at the Christmas concert?