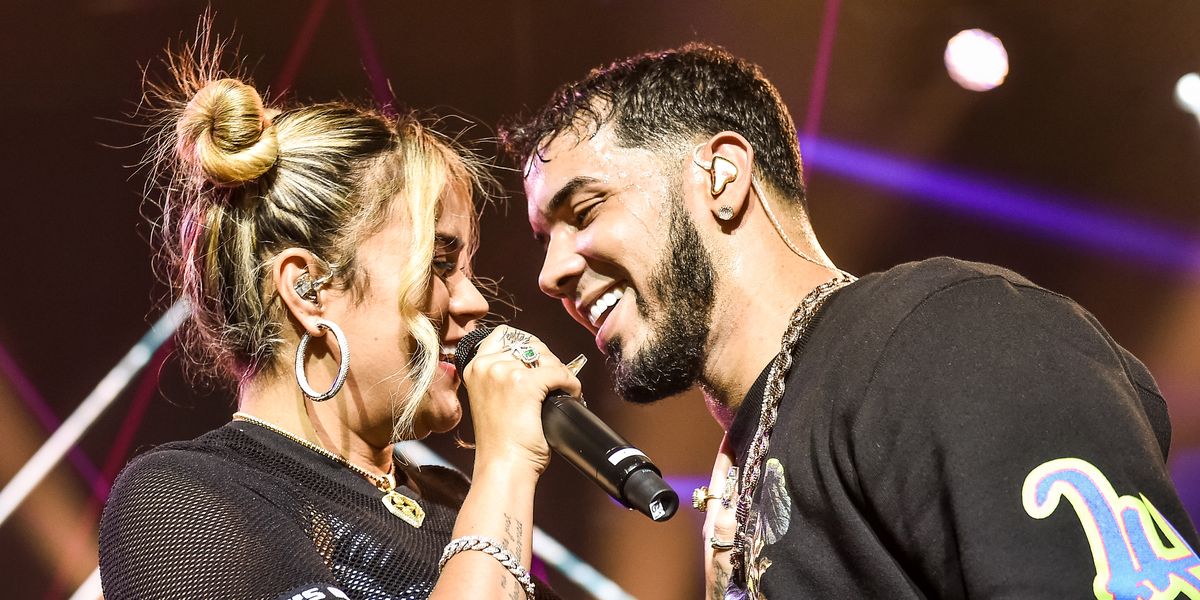 After many months of rumors, last April it was confirmed the break between Anuel AA and Karol G. Urban music artists communicated this sad decision to their followers via social networks. First he did it through a direct from Instagram in which he made it clear that there were no third parties involved. For her part, she explained in her ‘stories’ how difficult it is to accept this break in front of millions of people. This departure occurred at the beginning of the year, but the Puerto Rican has not yet assumed it and keep trying to get it back.

Anuel AA confessed how much he misses his ex before millions of people. It happened this weekend, during a concert he gave in Mexico. “Everybody very hard Let’s see if Karol hears it and comes back with me. Let it be heard on the moon! “, He said before singing one of his heartbreak songs, ‘Babalu’. The Puerto Rican also asked his audience to help him sing one of the phrases of the song in which he says:” but I did not know how to value you, baby I did you wrong “.

The video is already viral on social networks, where many fans are expectant before a response from Karol G. The singer has not yet given an answer to her ex-boyfriend (at least, not in public).

This statement comes just days after she supported him on social media by sharing a story promoting her new single. Anuel had a similar gesture at the end of July, when he congratulated her on her social networks for becoming one of the most awarded artists at the 2021 Youth Awards. It is clear that as friends they get along great, but we do not know if there will be a chance of reconciliation. Who knows, maybe they’ll get back to business and the wedding they started planning in 2019 will come true. We will be very attentive.