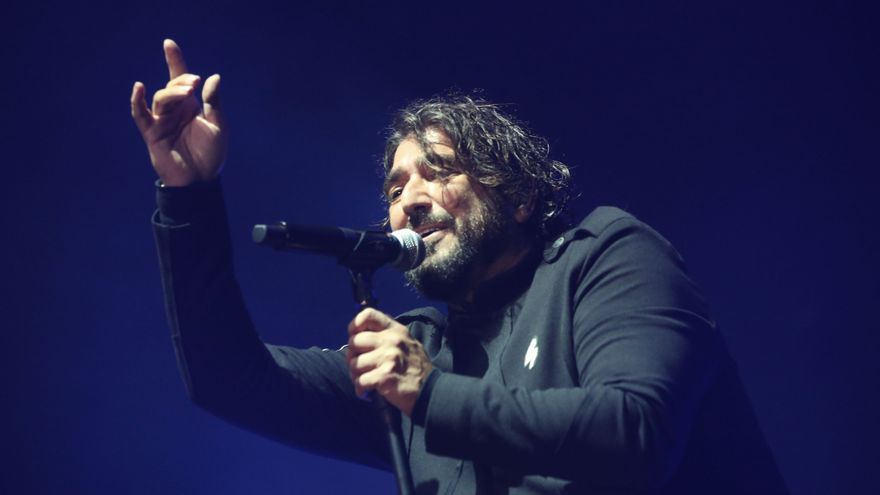 Antonio Orozco emerges from the mists, the shared ones and the personal ones, in that new album, ‘Aviónica’, released last fall, in which he uses the metaphor of the ship ready to fly, and which he staged this Thursday in Barcelona. Double concert at the Sant Jordi Club, and another couple more this Friday, with which to take the music a step beyond the combination of notes and chords, invoking the emotional comeback from the first song, ‘Hoy’, in which the singer from L’Hospitalet confessed “in love every day / in love to start over & rdquor ;.

The spirit of ‘Aviónica’, the show, which began on April 19 at the La Latina theater in Madrid, goes on happy synchronization with the mental bonanza that we perceive these days when it seems that the horizons are beginning to clear. It is therefore appropriate that Orozco now goes out to show this particular repertoire, rich in lived philosophical backgrounds, without posturing (the singer has suffered losses in the most private sphere in recent years), and that formulates a musical synthesis that makes him different, with charged electric guitars and dreamy atmospheres in contact with the pop pulse and the subtle flamenco overtones.

From epic to trot

A painting that gained height in the block dedicated to premiere songs, wrapped with corpulence by a band of five musicians ready to the curtain of meticulous guitars and the epic line. There was’ A flights’, with its tribute to the dialogue between generations (about the autumn casualties in the covid-19 era, or not), the conscientious development of ‘If you want to talk’ or the smooth refrain of ‘It’s your life ‘, leading the way at the trot of’ Six seconds’ and ‘La nana del camino’.

Orozco in restorative mode, with his image of a big man that can be broken inside, tuning with feeling and sweetness in each stanza and seeking communication from you to you: “Each and every one of the songs speaks of you & rdquor ;, he stressed in one of the few moments in which he spoke, when he warned us that today, uncovered so many fragilities, “we are able to see things that we were not capable of before & rdquor ;. Although the present ruled, the more than 20 years of trajectory emerged in the final section with rescues of old landmarks such as ‘Que me está’ and ‘Te Espeé’, there with their nods to the ‘riff’ of ‘Seven nation army’, by The White Stripes.

Looking back Orozco followed in the encore, when he was accompanied by a gilded Gibson Les Paul to sing ‘Devuélveme la vida’ and ‘Pedacitos de ti’ surrounded by the audience. And when he sat down at the piano to go through the arpeggios of ‘My hero’, a song he dedicated to “people who during this time have tried to make us have a little better life & rdquor ;.

But to close, he went to one of the new pieces of greater weight and more turbulent, ‘Entre sobras y sobras me missing’, first on the piano and then rising in the ‘crescendo’ contributed by the group. Song with meditations on what could be and what is not, punctuated by reproaches and remorse (“there were more than five hundred times we said no & rdquor;), with which Antonio Orozco wanted to say goodbye by shaking old ghosts and exorcising them, now that the fog begins to dissipate.